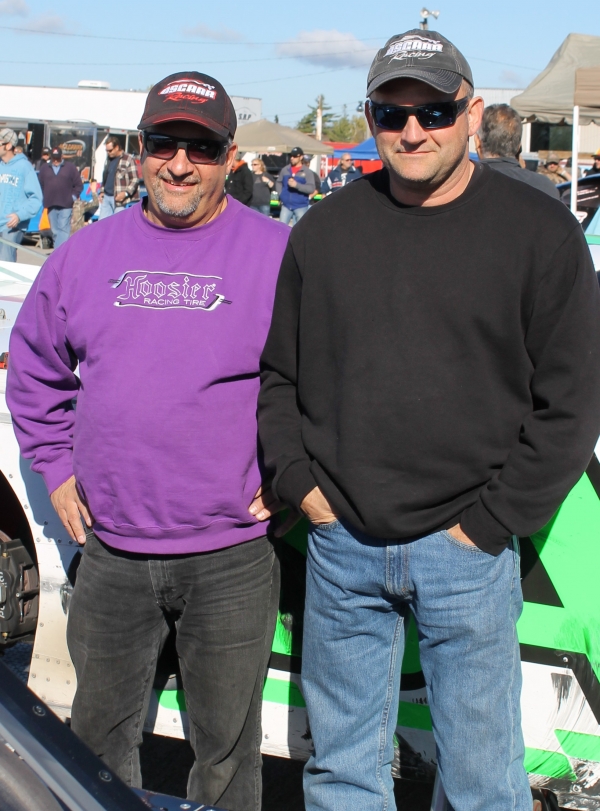 Whitby, ON (February 2, 2016)- While his most recent racing seasons had been at the controls of an OSCAAR Outlaw Super Late Model, Michel ‘Mike’ Beyore will head into the 2016 campaign in a different direction; switching his focus from tracks made of an aggregate/macadam mix to those with a moist, tacky clay surface.

The veteran runner, who goes by the handle of ‘The Whitby Warrior’ recently acquired a Bicknell Racing Enterprises machine that he’ll run in the Sportsman Modified division. While his plans haven’t been finalized, Beyore – who made a handful of late season starts in 2015 – is looking at being a Merrittville Speedway regular once the new season’s green flag flies and possibly following some of the late season Mr. DIRTcar Championship Trail events. It’ll be a homecoming of sorts for the second generation speedster and the driver says he’s looking forward to the experience.

“Some of my favourite memories from growing up involve travelling as a family to watch my father race at tracks like Kingston, Brockville and Cornwall Speedways,” said Beyore. “It was a much simpler sport then, but just as competitive. I made some amazing friends during those formative years; many of who I’ve kept in contact with through the various stages of my own racing career.”

Mike Beyore will head into battle with an updated, sandblasted and freshly powder coated 2013 chassis. The driver says he’ll get some pre-season track time during the annual driving school, staged every April at Merrittville.

“During my early days of action on dirt, all the drivers were required to help pack the track before the night’s racing. That gave you some extra seat time,” said Beyore. “Going into a new season with an unfamiliar car is a great reason to take the tutorial. This will give me a chance to make some notes on how the car will change and run as many laps in a weekend as we might see during the first few weeks of racing.”

Max Beyore has recently confirmed plans that will see him return to the OSCAAR Modified tour and build on a successful 2014 campaign that saw him finish 2nd in series points and claim the Rookie of the Year Award.

Follow Michel ‘Mike’ Beyore throughout the off-season and when the 2016 green flag waves on Twitter via @54buck and at www.beyoreracing.ca.