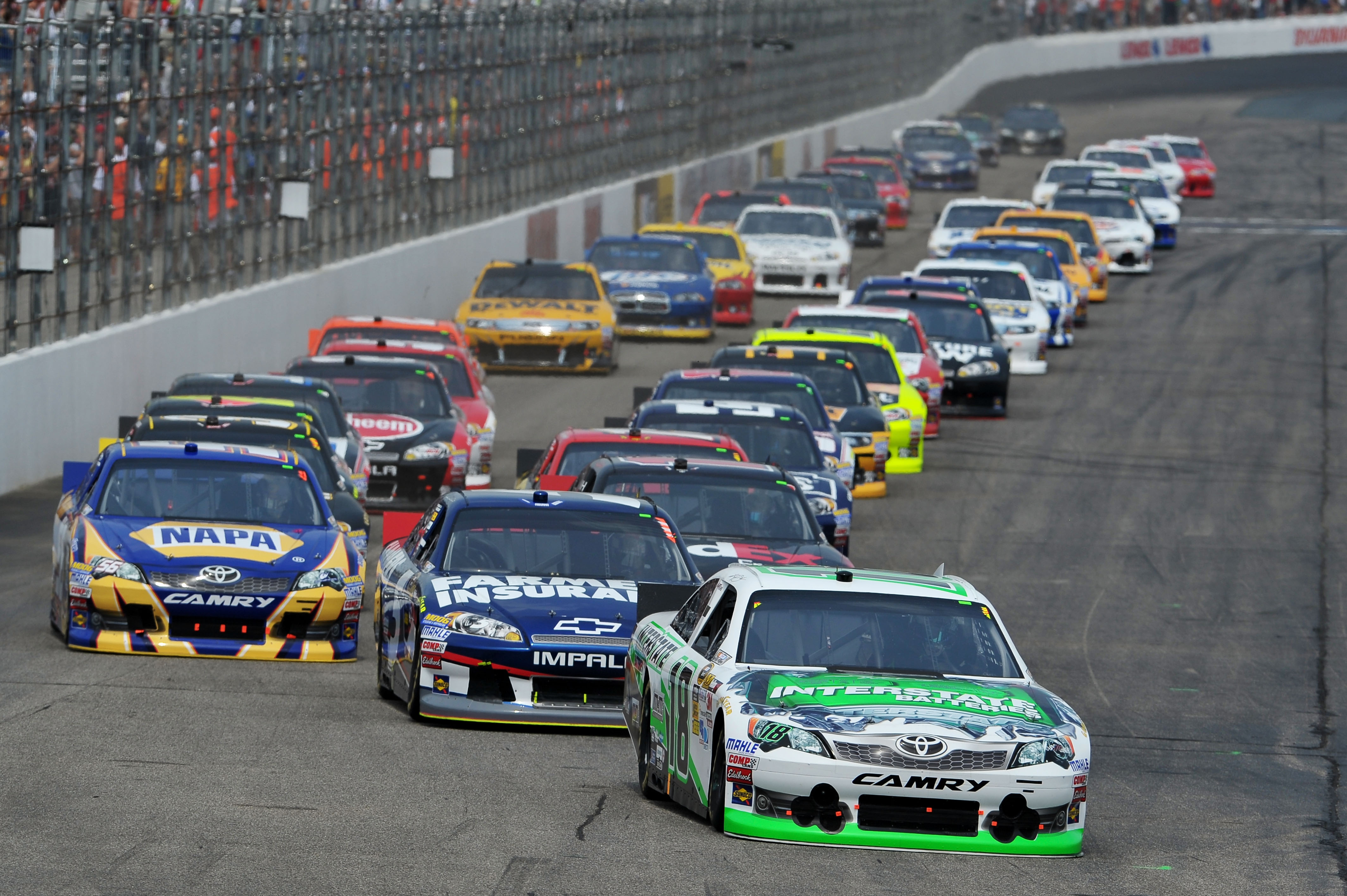 Banking in Turns: Variable—2 to 7 degrees

– After a third place finish one week ago at Chicagoland, Kasey Kahne is looking to backup his win at New Hampshire Motor Speedway in July and improve his standing in the Chase. However, only two drivers have won both races at NHMS in the same year (Jimmie Johnson and Kurt Busch).

– Topping Jimmie Johnson last weekend at Chicagoland, Brad Keselwoski looks to not only continue his early Chase momentum, but also his recent hot-streak at NHMS. In Keselowski’s past two races at the track, he’s scored two top-five finishes with his best finish of second coming in this race on year ago.

-If there’s a driver who needs to rebound this weekend at NHMS, it’s Jeff Gordon. After a stuck throttle took away what looked to be a top-10 finish, the No.24 team heads into the second Chase race 12th in the standings. However, NHMS is a good track for Gordon, scoring three wins at the track over his career.

– Much like Gordon, Michael Waltrip Racing is in need of making a statement in the second race of the Chase. Although they scored top-10 finishes at Chicagoland with Clint Bowyer and Martin Truex Jr., the two never peaked much above their finishing positions throughout the race. With Bowyer recording a third place finish at NMHS back in July and the New Hampshire area being close to home (New Jersey) for Truex Jr., a strong showing is almost a must.

-Something to keep an eye on when it comes to predicting a winner at NHMS will come during Friday’s qualifying session. Three of the past four winners at the track have started the race from the front row.

Sylvania 300 By the Numbers:

Most Wins by a Manufacturer: 17 – Chevrolet