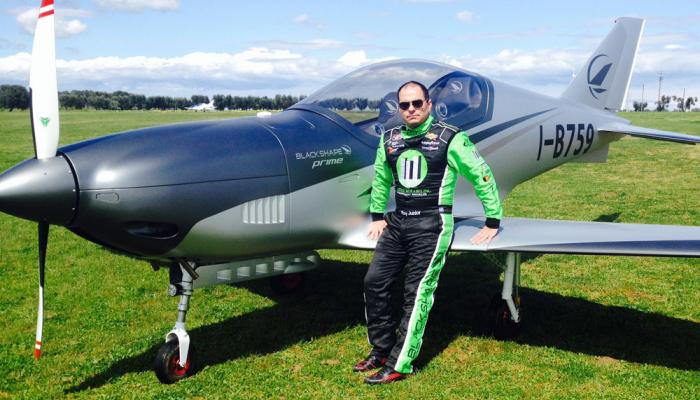 Courtemanche Jr. will be backed by La Cité de Mirabel Inc. for the second straight season. The Quebec native and business partner Daniel Proulx also announced that Blackshape Aircraft will be on board for 2014.

In an effort to improve his on-track results, Courtemanche has partnered with Scott Steckly and 22 Racing. Steckly’s team will prepare the cars that Courtemanche will drive in 2014, as well as Alex Tagliani’s cars. Steckly is a three-time NASCAR Canadian Tire Series Champion.

“We have learned a lot over the past three seasons, which will certainly help the La Cité de Mirable Inc./Blackshape Aircraft effort over the season,” he commented. “Having Alex Tagliani also running under the 22 Racing banner will help develop my personal driving performance, another plus on our way to closing in on the lead pack in every race.”

Courtemanche finished 12th in points last season with his best finish coming at Barrie Speedway with an 11th. The partnership with 22 Racing should bring top notch cars to Courtemanche’s program, and as a result help the Quebec native notch his first career NCAT top 10 finish.