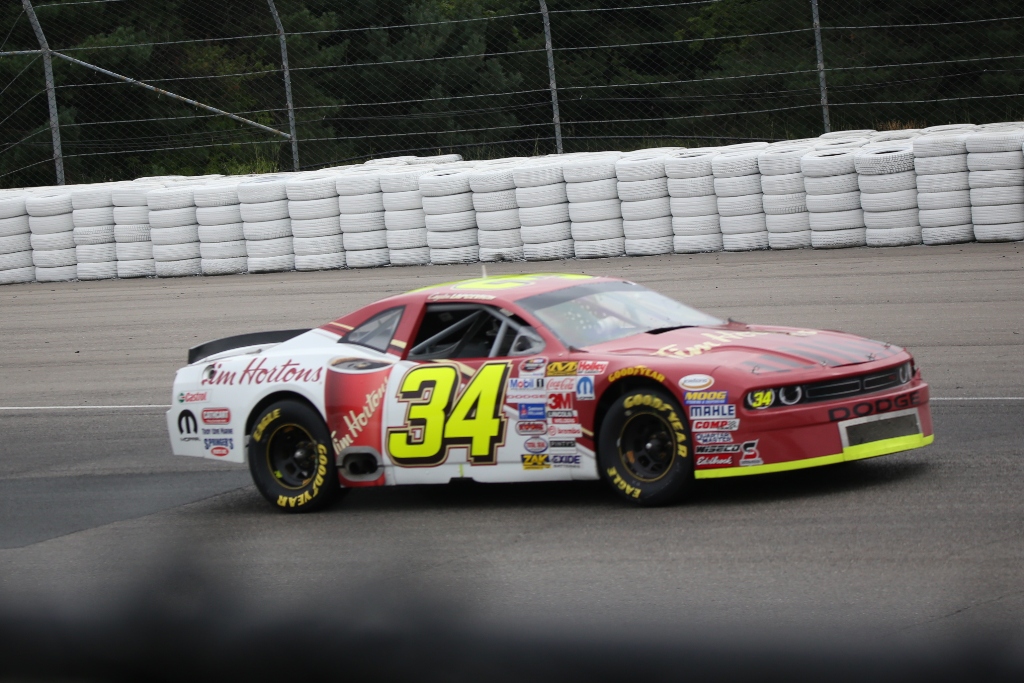 Despite having to start at the rear of the field due to missing qualifying, Cayden Lapcevich put in a stellar effort on Sunday at Canadian Tire Motorsports Park, finishing ninth.

The second-generation racer took part in Saturday’s practice session, but left the track before qualifying as a result of racing in Sunset Speedway’s St. Onge Recreation Super Stock competition.

He returned to the track on Sunday, set to start the 51-lap event from the rear of the field. He would keep his nose clean throughout the day, making his way up through the field one lap at a time. When the chips fell at the end, he crossed the line in the ninth spot.

“I thought it went really good,” he commented post-race. “Coming from the back and getting into the top-10 is really good. We had a real good car and we’ll learn for next year.”

The performance had his father and fellow competitor Jeff Lapcevich proud following the event.

“As a team, as a father, Cayden did a really great job,” Jeff commented. “He started tail and got a top-10 out of it in one of his first trips to a road course. I’m really proud of that.”

Slated to run the full NASCAR Canadian Tire Series schedule next year, Lapcevich is running a partial schedule for the 2015 season. In his debut year of competition, the teenager has been solid, including an impressive third place finish at Sunset Speedway in June. He will make his sixth career start, running the season finale later this month at Kawartha Speedway.

“We’ve had really good success on ovals this year so I’m going to be gunning for a win there, to be honest,” he stated. “We’ll take what we can get, but I’m really proud of what we have accomplished this season.”

When he hasn’t been behind the wheel of the NCATS car, he has been racing at Sunset Speedway. The 15-year-old is looking to go back-to-back after winning the Super Stock Championship last season.

Forced to start 14th as the previous weekend’s race winner, he would make his way through the field, finishing second despite no cautions. He now holds a 53-point lead with two more events remaining on the schedule.

“(Saturday) night was really good,” he said. “We rallied from 14th to second, but couldn’t do much when we got to second without any cautions. Just going to try and keep our nose clean for the rest of the year and try to pick up some points and see where we go from there.”

No matter what happens over the next couple of weeks, there is certainly one proud father in their corner.

“The kids always do a good job and make me proud,” Jeff said, speaking of both Cayden and younger brother Treyten. “They make good decisions on the track, and they’re good fair racers. I like the way they race. Win, lose or draw, I’m happy.”