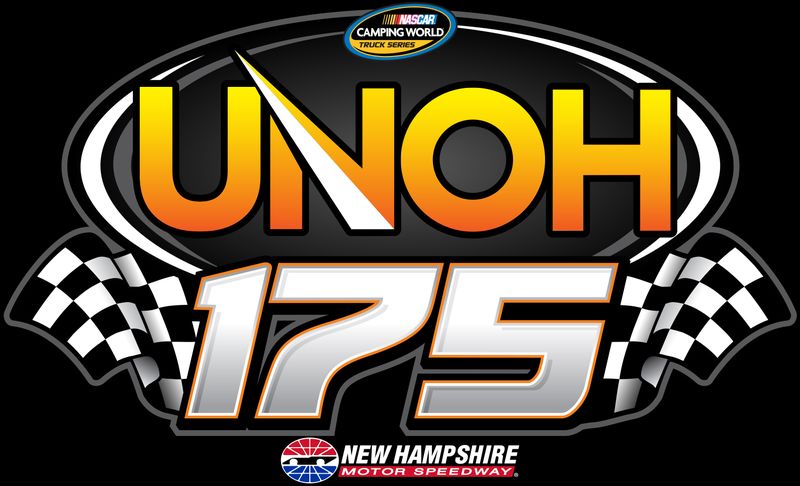 MOORESVILLE, N.C. (Sept. 22, 2015) – Making his first oval start for Kyle Busch Motorsports (KBM) in the NASCAR Camping World Truck Series this weekend at New Hampshire Motor Speedway (NHMS), Gray Gaulding wants a rock-solid finish in the Granite State. Coming off a seventh-place finish in the K&N Pro Series East race at NHMS in July, Gaulding plans to take that experience and improve on it for an even better finish in Saturday’s UNOH 175.
Gaulding has four previous starts at NHMS, three in the K&N Series and one in the Truck Series last year. He has three top-10 finishes and led 53 laps in his three K&N starts, while his start in last year’s truck race resulted in a 16th-place finish. This will be his second start for KBM this season. His first was at Canadian Tire Motorsport Park in Bowmanville, Ont., last month where he finished 11th, rebounding after late-race contact with another competitor.
Gaulding will certainly have some good notes to work from at the flat oval since his boss, owner-driver Kyle Busch, captured the pole and led 156 of 175 laps in KBM’s inaugural trip to New Hampshire in 2010. In 2011 he captured the pole and led 165 of 175 laps, cruising to a victory of over three seconds. KBM teams have an average finish of 5.4 across five starts at the 1.058-mile track.
This weekend the No. 54 Drink Krispy Kreme Coffee team will unload KBM-014. This Tundra has raced twice this year finishing 10th at Martinsville (Va.) Speedway and 27th at Gateway Motorsports Park after the truck sustained heavy damage in an early-race accident. This will be the first race for this particular Tundra since it was rebuilt.
In the children’s game Rock-Paper-Scissors, paper covers rock, but Gaulding hopes his Tundra will cover the field in the Granite State for a rock-solid finish.
Gray Gaulding, Driver of the No. 54 NCWTS Krispy Kreme Tundra:
What can you take from running the K&N Pro Series East race in July and apply to this weekend’s NCWTS race?
“I think running the K&N race earlier this year was good as far as extra track time, and being able to realize what the track is going to do through the race and day time. I think extra track time in any division is a plus.”
Which will be more beneficial at NHMS, the experience you gained in the K&N race in July or the NCWTS race last year?
“I think running the truck race is more beneficial because the tire that I raced on in the truck is a completely different feel from the K&N tire I race on.  I am going to look back at my notes from last year and also watch the 2014 truck race over and over to listen to what other competitors were saying about their trucks to compare it to mine. Overall running the truck race is beneficial.”
Describe a lap around NHMS:
“A lap around the “Magic Mile,” in my opinion, is all about the roll through the middle and being able to stand on the gas coming off the corner. In turn one you drive in hard and use heavy brake to set the nose and you want to get off the brake to let the truck roll to make speed through the center of the corner. Coming off two you want to try not to have wheel spin to have good drive off. Turn three is super bumpy getting into the corner, so if the truck can go over the bumps without getting upset then you will have a good truck. Four is all about forward drive and being able to have the run off to make a power move getting into turn one, so getting off turn four is where a ton of speed is made.”
Shannon Rursch, Crew Chief of the No. 54 NCWTS Krispy Kreme Tundra:
What is the most challenging aspect of setting up a truck for racing at NHMS?
“New Hampshire is a really flat race track, so one of the keys to running well is getting the truck to turn through the center of the corner while still maintaining good forward drive on the exit of the corners. The driver has a big impact on how the truck handles throughout the course of a run at Loudon, and Gray does a really nice job of managing his equipment, so all the guys on the 54 team are really looking forward to having Gray back behind the wheel at an oval race.”
Gray Gaulding’s No. 54 Krispy Kreme Tundra:
KBM-014: The No. 54 Krispy Kreme team will race KBM-014, for Saturday’s race. This Tundra has raced twice already this season at Martinsville (Va.) Speedway and Gateway Motorsports Park in Madison, Ill. It was rebuilt after sustaining major damage at Gateway.
KBM-014 Performance Profile
Notes of Interest:
Gray Gaulding @ New Hampshire Motor Speedway
Gray Gaulding 2015
Gray Gaulding NCWTS Career Stats:
Gray Gaulding 2014
Gray Gaulding 2013
Kyle Busch Motorsports’ No. 54 Tundra
KBM NCWTS Program
KBM NCWTS @ New Hampshire Motor Speedway
The Rursch Report
Shannon Rursch will call the shots for the No. 54 Tundra in the Truck Series in 2015. The Iowa native may be new to KBM, but is no stranger to sitting atop the pit box. Rursch comes to KBM from Turner Scott Motorsports (TSM), where he most recently served as crew chief for the No. 31 team in the NASCAR XFINITY Series. In addition to leading the XFINITY Series team in 2014, he collected three top-10 finishes in four starts as crew chief for TSM in select Truck Series events last season. Rursch scored his first career win as a NASCAR crew chief in July when Christopher Bell won at Eldora Speedway in Rossburg, Ohio.
Rursch has one prior start as crew chief at NHMS in the XFINITY Series with Taylor Malsam in 2010. Malsam finished 35th after an accident before the halfway point of the race.
Kyle Busch Motorsports No. 54 Toyota Tundra 2015 NCWTS Box Score:
-KBM-