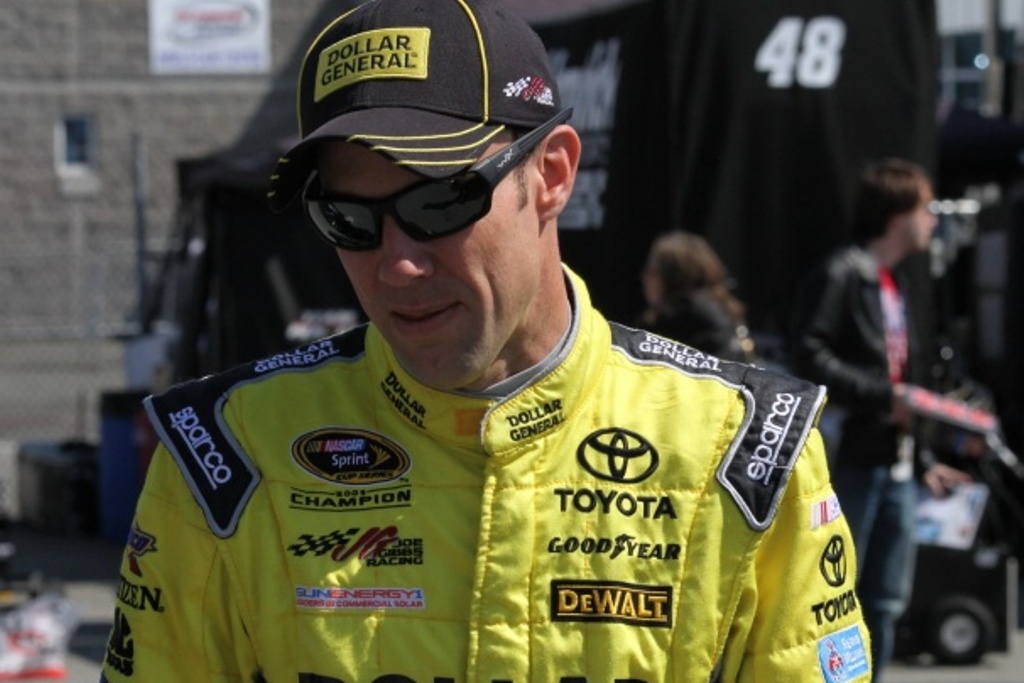 How does it feel to be back in New Hampshire?

Should drivers be penalized if they throw a punch with a closed fist?

Do you think you could race into the 2020s to break Jeff Gordon’s ‘Iron Man’ streak?

“I mean, you could. I don’t know. I can’t predict the future, but – what a minute, what was my other answer? I didn’t see it and I don’t know. Really one of you guys told me that last weekend, so it just makes you – that streak don’t mean a lot except for you’ve been around for a long time, you’re getting older and your fortunate to not get hurt or not be sick a lot, but I guess it means a little bit more than that. You’ve got to be competitive obviously to keep a ride and be doing that every week, but it’s nothing I really ever set out to do. I don’t know. Jeff (Gordon) said he would never catch Ricky (Rudd) and he did, but I don’t know that I will race long enough to catch that mark, but who knows.”

“Oh good – a normal question. I feel like my team is real strong. I think as an organization we’re really strong right now. There’s always improvements to be made. You can always be doing better. No matter how good or bad you’re doing, you always look to improve. You always try to look over everything that’s going on and try to figure out how to do that better. Certainly the last few months, the JGR (Joe Gibbs Racing) Toyotas have been strong, so hopefully we can continue to improve and continue to keep getting better the next nine weeks and keep getting some results.”

Do you think Joe Gibbs Racing and Penske Racing are going to dominant the Chase?

“I don’t know about that. Last weekend, you seen the Chevys show up with a lot of speed that we haven’t seen lately. The 4 (Kevin Harvick) and the 41 (Kurt Bush) were unbelievably fast. The 48 (Jimmie Johnson) was way better than they’ve been the last few months, so you just don’t know. You take it one week at a time and, like I said, you keep trying to improve yourself, keep trying to make yourself better, try to do a better job, show up every week, put your best foot forward and hopefully we keep getting better. You get down to this time of year, everybody’s – like I said, you saw it last weekend, you seen some cars that were in contention to win and we’re probably going to win under different circumstances than you’ve seen the last couple of months, so you’ve just got to keep working on it.”

Do you have to balance knowing what works with wanting to try new things to improve?

“There’s always that balance. You can’t – it’s easy at times to get stuck on doing the same things that’s working for you, that maybe worked for you a few months ago because you ran good and had success. But you also have to be looking to get better. That’s always a balance. Things change so fast in this sport. You see teams run really good and then they get behind for a while, they get ahead for a while. You kind of see that, so I think you’ve got to keep the same approach all the time, keep trying to get better no matter how far ahead or behind you think you are. I think you’ve always got to keep trying new things, keep trying to develop new things to keep making your team stronger. Certainly that’s a balance. If you’re kind of lost and not running so good, you look back at notes from the previous times and trends and things like that and try to use that knowledge to make your stuff better. But, like I say, you’re always trying to get better and to do that you’ve got to try new things, develop new things – kind of go down that path as well.”

How would you feel if Kevin Harvick was eliminated from the Chase in the first round?

“I honestly don’t think about that. We just really think about ourselves and try to show up and run the best we can each and every week, so there’s 16 guys in this to make the top-12 and once that’s over hopefully we’re in the top-12 and we can look at what’s going on there, but really it’s so competitive you just keep running, try to stay in your own game and worry about your own car and your own team and try to finish the best you can and go from there.”

How do you feel about this year’s Chase compared to 2014?

“Yeah, I don’t know. Last year is different – we’re in a little different spot than – at least it feels different than what it is this year. You never know what spot you’re going to be in. You never know when you’re going to have a bad race, you’re going to get eliminated. You just don’t know when that’s going to happen, but last year we came into the Chase with some consistency kind of on our side, but really not performing well at all where this year we’ve come in and we’ve been performing much better than we did last year on average. I feel like we’ve got faster cars. We can go to the track if we do all the right things, we’ve got cars that can win and all run in the top-half of the top-10 I feel like if we do everything right with them. Last year, we didn’t have that. Last year, we were more 10th to 15th-place cars. I don’t know. We took it one race at a time and went to Dover (International Speedway) last year, which has always been a pretty strong track for us and just went and raced. I don’t think we ever really do anything different there. I think you go race as hard as you can then try to get the best finish you can. I know circumstances ca change, but right now it’s just one race at a time.”

Did you participate in any tires tests at New Hampshire this year?

“This year, no. Was there a test up here? I don’t know. I was not here. I didn’t think there was a tire test this year, but there might have been, so I don’t know. In the first race here, the conditions were a lot different. It was really, really hot – probably the hottest race we had of the year. It was really difficult to pass in the spring. I think with the horsepower reduction, the track bar and some of that stuff we did, it seemed like it made it a little tougher than it was in the past. I think that qualifying, restarts, pit stops are probably the most important thing here right now.”

Why is it so difficult for a team to have all its entries run well?

“That’s a good question. I wish I had a good answer for that. I don’t know except for it’s (Joe Gibbs Racing) a strong organization. We have great people there. I feel like really before we added a fourth team – I feel like on average the three of us were really strong as well. It’s just in the little less than three years I’ve been there, we’ve had Denny (Hamlin) out for half a season with a back and some other things. We’ve had Kyle (Busch) out for half a year with broken legs. We’ve had – you know, we’ve never really had that consistency, but when we’ve all been together for a period of time I feel like we all ran fairly similar and we’re all capable of winning. Obviously adding Carl (Edwards) – Carl is a guy that can win any given week, that can run for championships and do all that stuff. I think when we put a fourth team together there – they put it together, the idea of trying to go out and win races and try to win championships and get us all to that point, so I think if they didn’t think it was going be competitive they would have never done it. I feel like we have a good lineup of people there right now and obviously our cars are running good right now, so there’s really not a reason why we all four shouldn’t run fairly similar.”

Should the regular season points leader get a bonus entering the Chase?

“Man, I think they kind of do in a way, but there’s been so many changes here the last 10 years with formats and everything else, I don’t know.  I’ve got to just concentrate to remember what it is right now, so I think that if we can keep some consistency for a while I think that’d probably be good for the fans, good for everybody.”