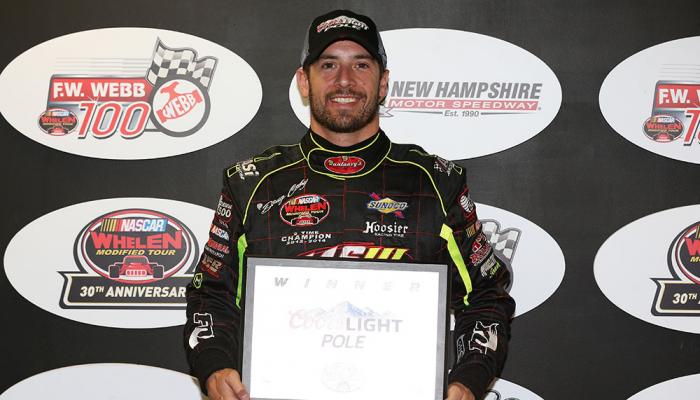 Coby, of Milford, Connecticut, posted a fast lap of 29.130 seconds (130.752 mph) to notch his eighth career pole overall and third at the 1.058-mile oval. It was his fourth Coors Light Pole of the 2015 season, which includes the Whelen Modified Tour’s first trip to NHMS in July.

Championship points leader Ryan Preece qualified 17th at 29.616 (128.606) after he led all cars in the morning practice session. He brings a one-point lead in the standings to NHMS over Pitkat while Coby is 25 back in third.