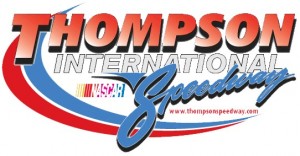 DAYTONA BEACH, Fla. – The NASCAR Whelen Modified Tour will draw the 2015 season to a close and crown a champion with the Sunoco World Series 150 on Sunday at Connecticut’s Thompson Speedway Motorsports Park. Below is a statistical look at the performance of the tour and selected drivers at the track:

Sunoco World Series 150 Setup:
• Doug Coby and Ryan Preece enter the NASCAR Whelen Modified Tour season finale tied atop the championship standings while Woody Pitkat ranks third, just four points back. Coby will vie for his third title (2012, `14) and Preece his second (2013) while Pitkat is in search of his first.
• Coby has won the first three events this year at Thompson Speedway Motorsports Park. Only two drivers have swept a season at Thompson (Steve Park-1996, Mike Stefanik-1998). Coby has four career points wins at the track.
• Coby has led 340 of 425 (80%) laps contested this year at Thompson.
• Preece is the defending winner of the Sunoco World Series 150, his only previous victory at the track. Pitkat has captured two of the last six Thompson poles, but has yet to win there.
• Three drivers entered for the Sunoco World Series 150 have previously won the traditional season finale event: Ted Christopher (4), Preece (1) and Bobby Santos (2).
• Christopher is the only driver in NWMT history to clinch the title by winning the season finale, which he did in the 2008 Thompson World Series. Mike Stefanik won the season finale in his 1991 and `97 championship campaigns, but he had already clinched the title prior to the final race.

At Thompson Speedway:
History
• Opened on May 26, 1940 as the largest and first entirely-asphalt track in New England at the time.
• An inaugural member track of the NASCAR Whelen All-American Series, now in its 34th season. Ryan Preece is the defending track champion out of the track’s headlining Sunoco Modified division.
• Held NASCAR Sprint Cup Series races in 1951, 1969 and 1970, and 27 NASCAR K&N Pro Series East events from 1988-2009.
• Held the inaugural NASCAR Whelen Modified Tour event on March 31, 1985, a race won by the late NASCAR Hall of Famer Richie Evans.

Notebook
• Thompson has played host to 129 NWMT races, the most in the tour’s 31 seasons.
• There have been 34 different race winners at Thompson, led by Mike Stefanik’s 15 victories.
• There have been 44 different pole winners at Thompson, led by Tony Hirschman’s 13.
• Jamie Tomaino is the only driver that has participated in all 129 previous NWMT Thompson races.
• There have only been three races won in wire-to-wire fashion at Thompson, the last by Rick Fuller in 1997.
• Bobby Santos was the youngest Thompson race winner at 22 years, 11 days in 2007.
• Stefanik was the oldest Thompson victor at 54 years, 10 months, 25 days in 2013.

Ted Christopher (No. 22 Canto Paving/Ferguson Waterworks Chevrolet)
• The 2008 NWMT champion has 42 wins, 24 poles and 198 top 10s in 360 career starts. His 42 wins rank third all-time and his 24 poles are eighth.
• Is looking to end a 54-race winless drought. It’s the second-longest such streak in his career. His first win came in his 94th race.
• Sits 13th in points with six top 10s in 12 starts. Did not participate in two events.
• Has 13 wins, seven poles, 48 top 10s and an average finish of 13th in 88 career NWMT Thompson starts. Also won the non-points UNOH Showdown in 2012.
• Has a record four Sunoco World Series 150 wins, including three in a row from 2008-10.
• Is a five-time NASCAR Whelen All-American Series track champion at Thompson out of the Sunoco Modified division. Has 98 overall career victories at the track entering this week’s events.

Doug Coby (No. 2 Dunleavy’s Repair/HEX Performance Chevrolet)
• The 2012 and 2014 NWMT champion has 16 wins, nine poles and 89 top 10s in 171 career starts.
• Has already set career-highs with six wins and 10 top fives. Is tied with Ryan Preece for the championship lead, and will attempt to become the first back-to-back champion since Tony Hirschman in 2004-05.
• Won from the pole the last two times out at New Hampshire Motor Speedway and Stafford Motor Speedway.
• Has led 731 laps this year, which currently ranks seventh in NWMT single-season history. Could rise as high as fifth if he leads 146 of 150 this week.
• Has four wins, a pole, 25 top 10s and an average finish of 11th in 45 career Thompson NWMT starts. Also won the inaugural non-points UNOH Showdown in 2011.
• Has won the Thompson Icebreaker and Stafford Spring Sizzler and Fall Final, leaving the Thompson World Series as the only one of the four traditional Connecticut season-opening or season-closing events not yet on his resume.

Chase Dowling (No. 9 S&S Asphalt Paving/Dunleavy’s Repair Chevrolet)
• The 2015 Sunoco Rookie of the Year.
• Ranks ninth in points with seven top 10s and a best finish of third at Riverhead in August.
• Only three drivers (Todd Szegedy-10, Ken Barry-8, James Civali-8) have earned more than seven top 10s in their Sunoco Rookie of the Year season.
• Has an average finish of 15th across his first three races at Thompson.

Patrick Emerling (No. 07 Buffalo Auto Auction Chevrolet)
• Has six top fives and 24 top 10s in 68 career starts with a best finish of second, recorded in September at NHMS.
• Is in position for his first career top-five points finish on the strength of a career-best eight top 10s.
• Has a pole (Aug. 2015) five top 10s, an average finish of 12.5 and a best result of seventh (twice) in 15 starts at Thompson.

Donny Lia (No. 8 Sypher Construction/Bardahl Chevrolet)
• The 2007 and 2009 NWMT champion has 17 wins, 21 poles and 86 top 10s in 168 career starts.
• Eighth top 10s in 14 starts this year has him eighth in the points standings. Has finished sixth or better in each of the last five races after difficult first nine races of the season.
• Has three wins, four poles, 17 top 10s and an average finish of 13th in 38 career Thompson starts.

Woody Pitkat (No. 88 Buzz Chew Chevrolet/Elbow East Chevrolet)
• Has three wins, four poles and 54 top 10s in 105 career starts.
• Is third in points with career-best totals of 10 top fives and 13 top 10s. Won the Stafford Spring Sizzler and the non-points All-Star Shootout at NHMS.
• Has three poles, nine top 10s, an average finish of 15.5 and a best result of second (2014 & `15 Icebreakers, Aug. `15) in 28 NWMT Thompson starts.
• Thompson’s 2006 NWAAS champion out of the Sunoco Modified division, where he is the current points leader with one race remaining.

Keith Rocco (No. 57 M&M Stone Creations Chevrolet)
• The 2012 Sunoco Rookie of the Year has three top fives and 12 top 10s in 29 career NWMT starts with a best finish of third in the 2012 Stafford Spring Sizzler.
• Has an average finish of 12th with a best run of fourth (June Thompson) in seven starts this year.
• Has four top 10s and an average finish of 14th in 10 career NWMT starts at Thompson.
• A four-time NWAAS Thompson track champion out of the Sunoco Modified division, where he has 36 career wins.

Timmy Solomito (No. 16 Diversified Metals/R.B. Enterprises Ford)
• The 2014 Sunoco Rookie of the Year has a pole and 16 top 10s in 34 career starts with a best finish of third at Riverhead in September 2013 and twice at Stafford this year (June, Oct.).
• Ranks sixth in points with eight top 10s through 14 events.
• In nine Thompson starts he’s posted seven top 10s with an average finish of 11th and a best result of fourth in the 2014 Icebreaker.

Other Driver Notes:
• Ray Graham Jr. and Kyle Soper will attempt to make their NWMT debut in this event while John Beatty Jr. will look to make his first season appearance.
• Not only will Jamie Tomaino continue his run of participating in every single NWMT event at Thompson, but he’ll also compete in every race on the schedule for the sixth straight season. He’s started 596 of the 601 events in tour history.
• James Civali won the 2007 Thompson Icebreaker. He has nine top 10s and nine DNFs in 22 career starts there.

Up To Speed:
• This is the NASCAR Whelen Modified Tour’s 30th Anniversary season. The inaugural race was contested March 31, 1985 at Thompson Speedway Motorsports Park.
• The 2015 schedule features 15 points races at seven different tracks across four states.
• Doug Coby opened up his title defense with a win from the pole in the Thompson Icebreaker 150 on April 12.
• Woody Pitkat earned the NAPA Spring Sizzler 200 victory on April 26 at Stafford Motor Speedway.
• Ryan Preece emerged victorious at New London-Waterford Speedbowl in the Mr. Rooter 161 on May 30.
• Preece made it two-in-a-row with a victory in the TSI Harley-Davidson 125 on June 5 at Stafford.
• Coby won at Thompson for the second consecutive outing with the Mr. Rooter 125 victory on June 10.
• The Riverhead Hoosier Tire East 200 was postponed one day by rain, then dominated in victory by Justin Bonsignore.
• Todd Szegedy won the Andy Blacksmith 100 presented by Donate Life New England on July 18 at New Hampshire Motor Speedway.
• Coby notched the first bullring win of his career on July 25 when he reached Victory Lane at Monadnock Speedway in the O’Reilly Auto Parts 200.
• Preece made it two-in-a-row at Stafford when he won the Call Before You Dig 150 on Aug. 7.
• Coby moved to three-for-three in 2015 at Thompson when he won the Budweiser King of Beers 150 on Aug. 12.
• Preece notched his first Bristol victory when he won the rain-delayed and abbreviated Bush’s Beans 150 on Aug. 19.
• Bonsignore turned in the 2015 Riverhead sweep as he won the Riverhead 200 on Aug. 29.
• Coby won from the pole at NHMS on Sept. 26.
• Coby made it back-to-back wins from the pole with another triumph at Stafford on Oct. 4.