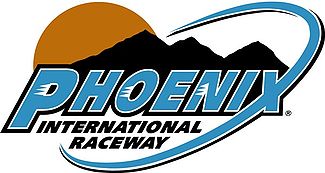 Race is sold out nearly a month in advance; great tickets remain for Friday and Saturday races

PHOENIX – Phoenix International Raceway President Bryan R. Sperber announced today that the track’s grandstands are sold out for the Quicken Loans Race for Heroes 500 NASCAR Sprint Cup Series race on Sunday, Nov. 15.  The sellout occurred nearly a month ahead of race day, and it is the fifth-consecutive sellout for the fall race at PIR, making it arguably the toughest ticket in all of NASCAR.

“Going back to the controversial Gordon-Bowyer fight in 2012, Kevin Harvick’s last-lap pass for the win in 2013 and last year’s race when Kevin delivered in a must-win situation and Ryan Newman made that gutsy pass in the final turn, PIR has earned a reputation for having one of the most exciting and dramatic races of the year,” Sperber said. “We’re seeing that reflected by the enthusiasm from fans to secure their tickets earlier and guarantee themselves a spot for the excitement this fall.”

Although the grandstands are sold out for Sunday’s race, race fans wishing to attend the final Eliminator race in the Chase for the Sprint Cup may still purchase general admission tickets to PIR’s Hillside area.

For fans looking to get up close to the action, or for first-time visitors to the track, Friday’s and Saturday’s races offer a great opportunity. All of the interactive displays and exhibits in the Fan Midway will be open both days as well, giving fans the opportunity to take in the full NASCAR race experience.

Tickets for Friday and Saturday, as well as Sunday’s Hillside area, may be purchased online at PhoenixRaceway.com or by phone at 866-408-RACE.

Friday features more than 12 hours of on-track activity and the ability to see all three of NASCAR’s national series in action for one price, culminating with the Lucas Oil 150 NASCAR Camping World Truck Series race. Before the race, fans can watch practice and Gatorade Pole Qualifying for the Sprint Cup Series, as well as practice for the NASCAR XFINITY Series.

Saturday features not only the Sprint Cup Series’ crucial final practice session, but also the opportunity to see the sport’s stars of tomorrow take on many of today’s heavyweights in the DAV 200 – Honoring America’s Veterans NASCAR XFINITY Series race.

Until Monday, Nov. 9, tickets for Friday’s action start at $30 and Saturday tickets start at $35. On Nov. 9, “race week pricing” goes into effect and prices increase by $5 for each day. Parking at Phoenix International Raceway is free throughout the weekend.