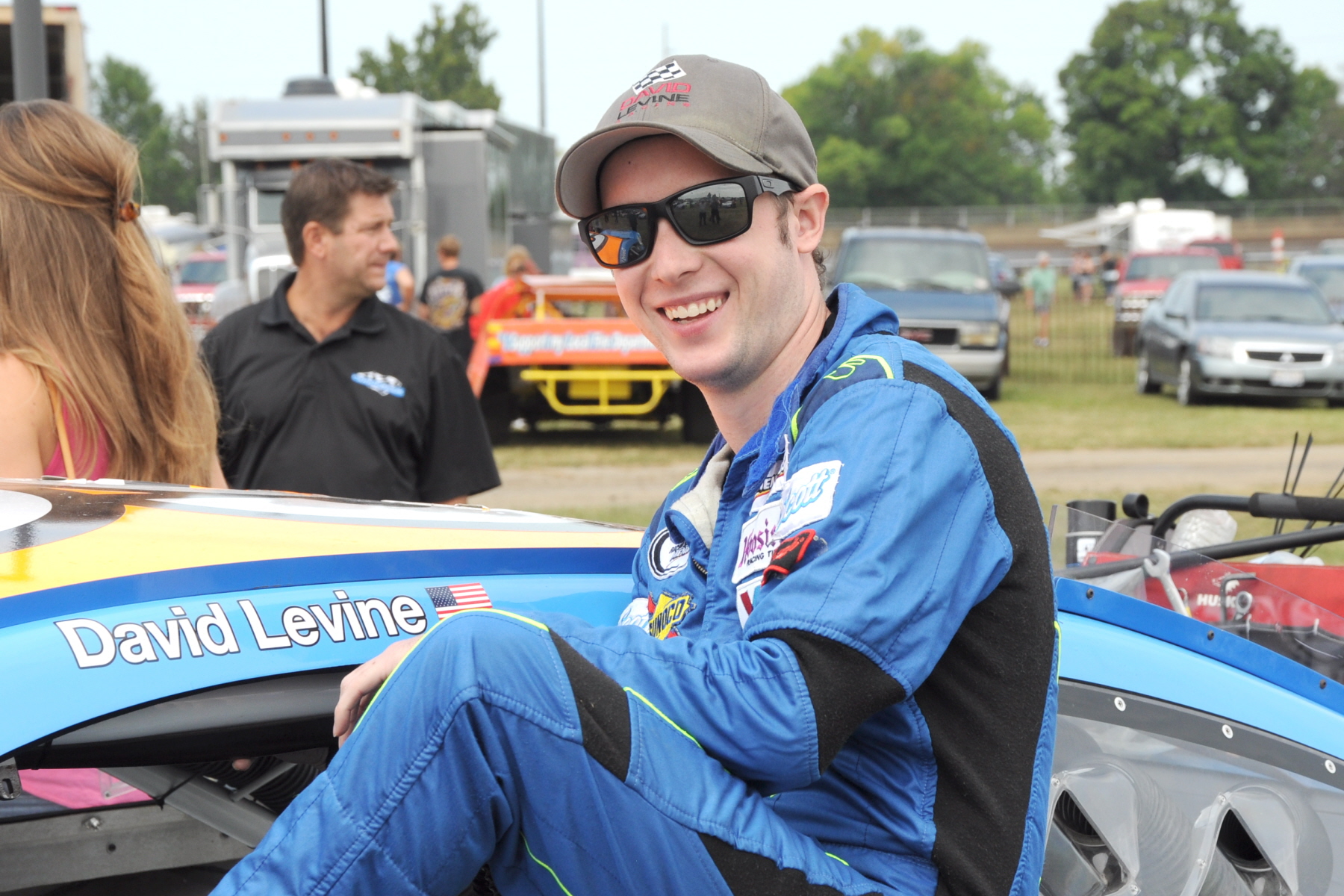 GREENVILLE, SC (November 9, 2015) – David Levine earned his Bachelor of Arts degree in Communications Studies from Furman University earlier this year. His education at the school’s picturesque Greenville, South Carolina campus prepared him to meet the challenges of an increasingly complex and ever-changing world.
Now, the 22-year-old race car driver is excited to announce that his Alma Mater will be behind him, both literally and figuratively, as he takes on his next challenge. David will make his NASCAR Camping World Truck Series debut in the Ford EcoBoost 200 at Homestead Miami Speedway with the University’s purple and white logo adorning the tailgate of his Lira Motorsports Ford F-150 race truck as an associate sponsor.
“I can’t tell you how much it means to me to have the support of Furman University as I make my NASCAR debut,” David recently commented “I was lucky enough to be able to spend four years studying at Furman.  At the beginning of each semester, I would explain to my professors that several times a month I would leave for the weekend to go racing.  Each one was supportive and would always ask how the race went when I got back to class the following Monday.  I hope to make Furman University students, professors, and fellow alumni proud as I fly our colors on my race truck in Florida. Go Paladins!”
Founded in 1826, Furman University is one of the nation’s premier undergraduate liberal arts colleges. At the heart of the University is an outstanding academic program, with top-notch faculty whose chief priority is teaching undergraduate students. They also offer distinguished visual and performing arts programs, NCAA Division I athletics, and a campus community that values collaboration and fosters empathy for a diversity of ideas and perspectives.
This will be the series debut for Lira Motorsports. Based in Mooresville, NC, the team just completed their first full season of ARCA Racing Series competition. Fielding two to four cars in every race, the team collected a total of 22 top ten finishes including two race victories.
The Ford Ecoboost 200 will be broadcast live on Fox Sports 1 on Friday, November 20th beginning at 8:00pm.
After his NASCAR Camping World Truck Series debut, David will turn his attention to securing sponsorship for the 2016 racing season.
For more information about Furman University, visit www.Furman.edu. To keep up with David, visit his website at www/davidLevineRacing.com and follow him on Twitter @DavidLevine59 and on Facebook at /DavidLevineRacing. For more information about Lira Motorsports, visit www.LiraMotorsports.com.