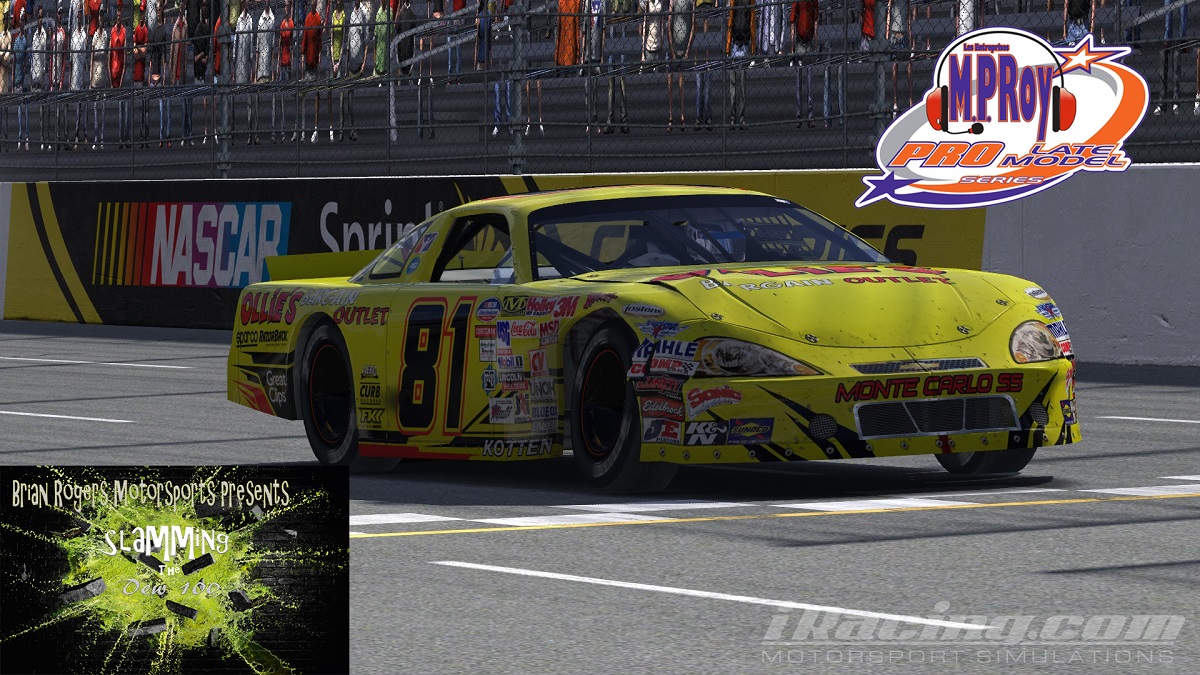 The Les Enterprises M.P. Roy Inc Pro Late Model Series headed to the Martinsville Speedway for round 3 of the 2015-2016 season. With two different drivers already visiting victory lane would the series have its third straight different winner? Brandon Oddo, defending champion, would grab his first NHR Pole Award of the season with a time of 20.452 for the Brian Rogers Motorsports Slamming the Dew 100. When the green flag flew it was Oddo jumping out to the early lead but Justin Fuller challenged on the outside but would fall in line. The field would settle in until lap 16 when the 44 of CJ LaVair would get into the left rear of Philip Thompson which then sent the 17 into Cody Meyers causing the 75 to spin. On the restart the 52 of Bruce Hilton would get turned stacking up the field bringing out the second caution which was displayed by racecontrol. The first big one would happen on lap 28 when the 22 of TJ Graves would spin the tires off turn 2 and try to catch the car but would end up washing up in the middle stacking up the 97 of John Ada who is the recipient of the Adasign Wraps Wreck a Wrap. On the next restart Al Smith Jr would make contact with the 61 of Dan Dubuque stacking up the field on the front stretch ending the night for Smith, MacDuff and Roger Holtsclaw. The race for the lead would heat up on a late restart that saw the 81 of Josh Kotten take advantage of contact between Oddo and EJ O’Rourke allowing Kotten to jump to the lead.

In the closing laps Dale Oneil and Justin Fuller would apply pressure but Kotten would not flinch and go on to win the BRM Slamming the Dew 100 at Martinsville and become the third different winner of the season. Oneil would cross the line second followed by Fuller, Brandon Oddo and Charlie Ryan. Stefan Marinak will claim the Adasign Wraps Rookie of the Race with his 7th place finish. Bruce Hilton would rally back and finish 13th giving him the Mach 2 Management Hard Charger Award by finishing 11 spots higher then where he started. The series moves to the west coast next week for the Lakecity Hobbies 100 at Irwindale Speedway.