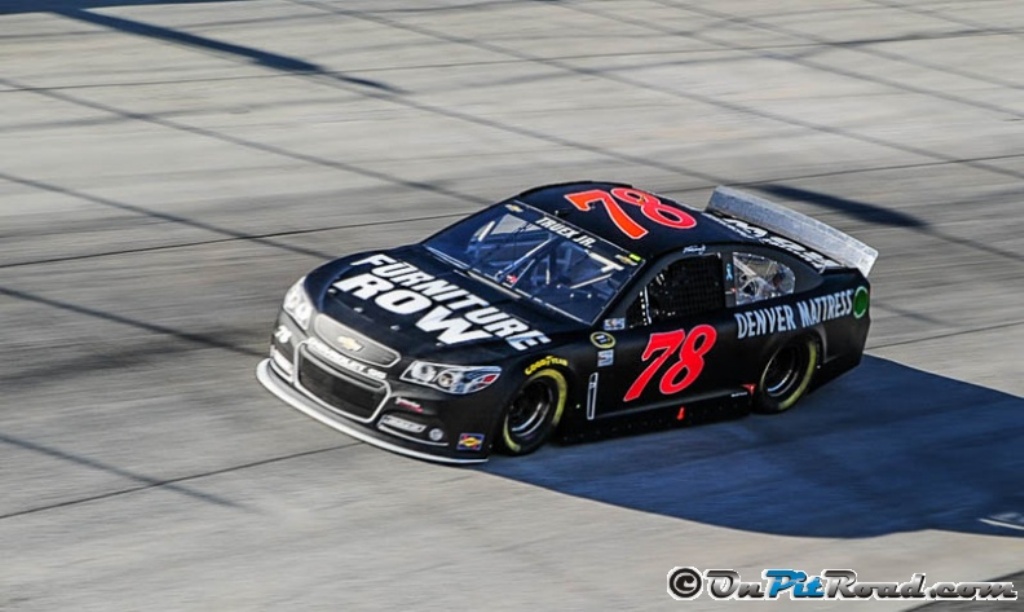 In the midst of his first year as a crew chief, Cole Pearn is on the verge of making NASCAR history as he and Martin Truex Jr. have a one and four shot at winning the Sprint Cup Series Championship this weekend.

“It’s been a pretty successful year obviously to this point, and we’re definitely pleased with the progress we’ve made,” he commented. “But again, you know, we’re down with one race to go, to race against three other guys, and we’re just ready to make the most of it and hopefully come out with a championship.”

While it’d mark a historic moment for Pearn, it’d also mark an incredible moment for Martin Truex Jr. as it’d be his first championship and during a year that he has been by his girlfriend Sherry Pollex’s side as she’s fought ovarian cancer. Pearn says going through that experience with Pollex has given Truex a change in perspective.

“I think that perspective of having to get up every day and make the most of it has definitely been the change you’ve seen in him, or even if we do have a bad day or whatever, he keeps the big picture in mind and keeps everybody positive most of the time, and that’s been a huge pleasure to have around and really been a positive thing for our team,” he commented. “I think on the relationship between me and him, it’s just easy.  We’re very focused people but we’re very relaxed in the same sense, and having to work together with somebody like that just makes it really simple.”

The plan for Pearn and the team is business as usual – as that’s what gotten them to this point. But in the same breath, the rookie crew chief acknowledged what is on the line.

“Obviously there’s a lot more riding on the line, so you’re way more focused, if that is possible, but you’re definitely making sure you’re not leaving anything on the table and trying to make the most of it,” he said. “I think whatever happens, as long as you do that, then you’ll be able to sleep at night to some degree.”

Pearn added that he and three other engineers will be watching the forecast to stay on top of the weather. Like Phoenix, there is a chance of rain in the forecast for the weekend, and the fact that the humidity in South Florida presents a bigger chance for pop-up showers.

“I think when we tested there a couple months ago, we pretty much, I think over a whole day, only got about four hours of running in just because of the sporadic weather conditions during the day,” he explained. “I think we definitely have to be prepared for that, but again, everyone is in the same boat, so I think you just prepare the best you can and deal with whatever comes.”

No matter the case, the plan is to take full advantage of the situation this weekend and do the best that he can as while his career is young, there’s no certainty that he will once again get this chance.

“I think our shop foreman this week told me last time he had been in this position was 1992, and that really puts it in perspective, that you never know when the next time you’re going to get back to this position,” he expressed. “When it’s your first year, maybe you think you’ll get back to it more often.  But as you’ve seen, especially with this format, anything can happen to take you out.  Definitely just trying to enjoy the moment and stay focused and just make the most of it.”