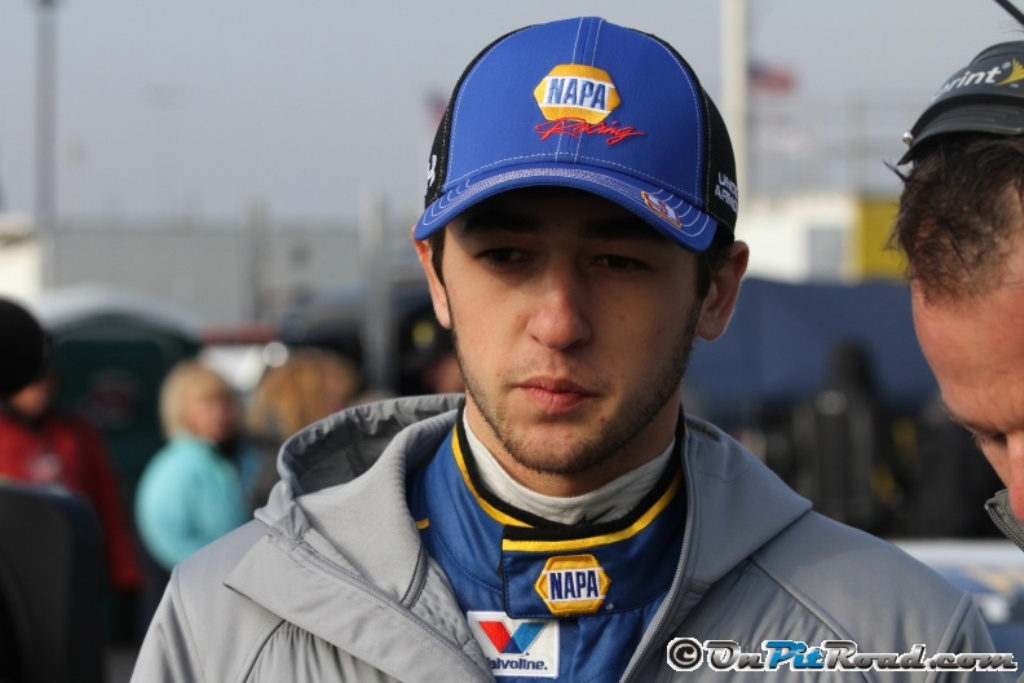 CONCORD, N.C. – Kelley Blue Book, the only vehicle valuation and information source trusted and relied upon by both consumers and the automotive industry, has extended its relationship with 11-time Sprint Cup Series champions Hendrick Motorsports through the 2017 NASCAR season.

In 2016 and 2017, Kelley Blue Book will be a primary sponsor of Chase Elliott and the No. 24 Chevrolet SS team for two Sprint Cup races annually. The two-year renewal, which also includes associate-level sponsorship, continues a relationship that began in 2014 with driver Dale Earnhardt Jr.

“The Elliott name is synonymous with racing, and with Chase’s recent successes and strong following in the sport, Kelley Blue Book is thrilled to continue its relationship with Hendrick Motorsports at such a pivotal point in his career,” said John Kovac, senior vice president for Cox Automotive. “Kelley Blue Book has provided car buyers with trusted vehicle guidance and expertise throughout its nearly 90-year history, so communicating that message through such a popular young driver, and in his first Sprint Cup Series season, is an honor.”

It was announced in January that Elliott would join Hendrick Motorsports as a full-time Sprint Cup driver in 2016. The Dawsonville, Georgia, native won the 2014 NASCAR XFINITY Series (NXS) championship while earning rookie of the year honors. In 2015, he scored a series-best 27 top-10 finishes in NXS competition and started five points-paying Sprint Cup races.

Elliott, 20, who has earned five NASCAR national series race wins, was voted by fans as NXS most popular driver in 2014 and 2015. He will be a Sprint Cup Series rookie of the year contender in 2016.

“Kelley Blue Book is a recognized and respected name in the automotive industry,” Elliott said. “It means a lot to have them support the No. 24 team, and I can’t wait to get behind the wheel of their car. Continuing what they’ve started at Hendrick Motorsports is going to be a lot of fun. Our entire team is looking forward to making the program a success.”

Through its website, KBB.com, Kelley Blue Book is changing the way people shop for a new car. It offers the Kelley Blue Book® Price Advisor, which features a range-based pricing layout including the Kelley Blue Book® Fair Purchase Price, which is updated weekly and shows what others have been paying for a car recently. Other resources include 5-Year Cost to Own data, and consumer and expert reviews and ratings.

In addition to individual consumers, Kelley Blue Book’s variety of products and services are available to car dealers, auto manufacturers, finance and insurance companies, and governmental agencies. Partners include Hendrick Motorsports’ sister company Hendrick Automotive Group, which utilizes Kelley Blue Book in each of its more than 130 automotive retail franchises across the United States.

“We’ve been fortunate to work with Kelley Blue Book in both racing and our dealerships,” said Rick Hendrick, owner of Hendrick Motorsports and chairman of Hendrick Automotive Group. “NASCAR has proven to be an effective promotional platform for their products and services, and it’s given us more ways to collaborate across our entire organization. Connecting Kelley Blue Book with an exciting young talent like Chase will provide a lot of opportunities for both parties. We look forward to continuing the relationship.”