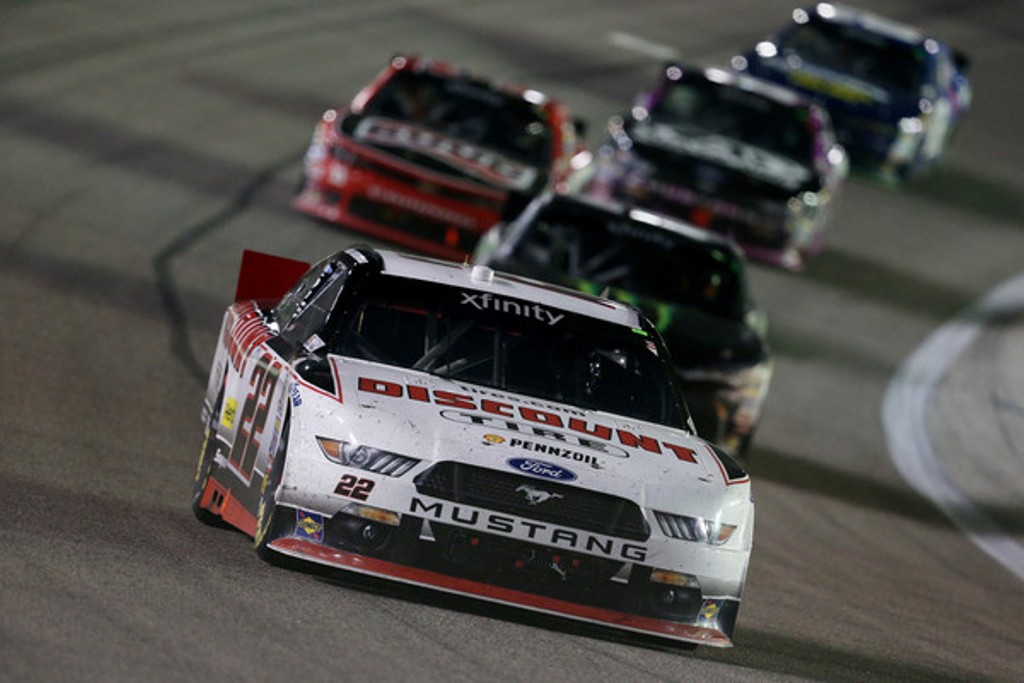 Team Penske announced today that one of its most accomplished engineers will take on a new challenge beginning in 2016, as Brian Wilson has been named crew chief of the No. 22 Ford Mustang in the NASCAR XFINITY Series (NXS).

Wilson will assume the crew chief role while Greg Erwin, who guided the No. 22 team to its third-consecutive NXS Owners’ Championship this past season, will return as team manager of Team Penske’s NXS program. The No. 22 team has earned an amazing 25 wins with four different drivers (Joey Logano, Brad Keselowski, Ryan Blaney and AJ Allmendinger) over the course of the last three seasons. The No. 22 Mustang is the first car to capture three-consecutive NXS Owners’ Championships.

Wilson joined Team Penske in 2004 and has served as race engineer on both the No. 22 NXS team as well as the No. 2 Miller Lite Ford Fusion NASCAR Sprint Cup Series team over the last several years. A native of Detroit, Mich., Wilson played a key role on Team Penske’s first two NASCAR championships. He was race engineer on the No. 22 team that captured the 2010 NXS title with driver Brad Keselowski and he served in the same capacity in 2012 when Keselowski and the No. 2 team captured the Sprint Cup Series title.

“Brian has been an integral part of two of our NASCAR championships over the last few years and he has shown he deserves the opportunity to lead a team as he has demonstrated the ability to consistently produce race-winning cars,” said Roger Penske. “Brian has earned this opportunity and we believe he is the right person to lead the No. 22 team as it prepares to race for four-straight titles in 2016.”

After first coming on board as a shock specialist with Team Penske, Wilson became engineer of the No. 2 Miller Lite car in the Sprint Cup Series in 2007. Alongside crew chief Paul Wolfe, he transitioned to race engineer of the newly-formed No. 22 NXS team in 2010. After the team won the title with Keselowski that season, Wolfe moved into the crew chief role of the No. 2 Miller Lite team while Wilson was promoted to the Sprint Cup Series race engineer position.

Over the last five seasons, the tandem of Wolfe and Wilson helped lead the Miller Lite team to 16 wins, 10 poles, 58 top-five finishes and Team Penske’s first Sprint Cup Series Championship with Keselowski behind the wheel in 2012.

“I am looking forward to this new challenge and the opportunity to lead the No. 22 Discount Tire Ford Mustang team after my last stint there during our first championship season in 2010,” said Wilson. “This is a team that has certainly proven that they know how to win and I want to continue that tradition. I’m excited to get a chance to continue to work with Brad and to get to work more closely with Joey and Ryan. Our goal will be to maintain the level of success that this team has shown since its beginning and continue to race for wins each and every week. Winning that fourth-straight NASCAR XFINITY Series Owners’ Championship would just be the ultimate prize.”

The NASCAR XFINITY Series will open its season on February 20th at Daytona International Speedway.