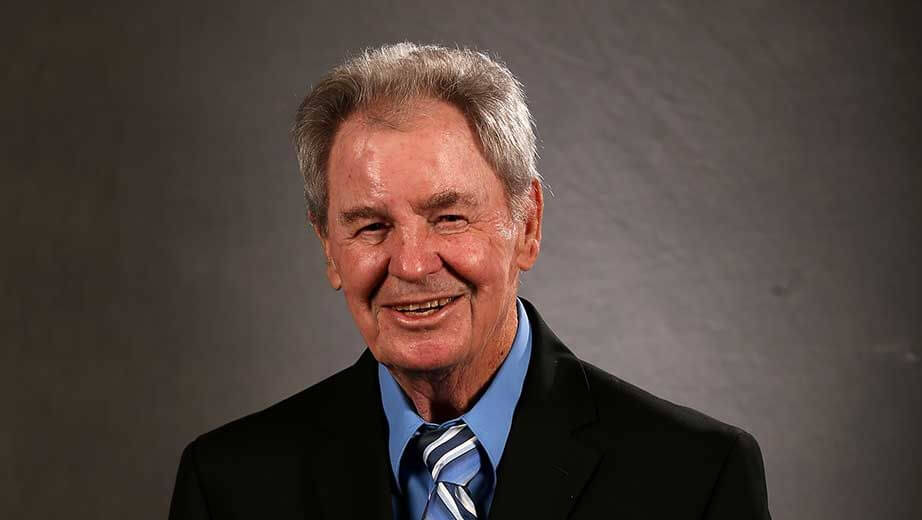 CHARLOTTE, N.C. (Jan. 26, 2016) – The following is a brief statement from NASCAR Hall of Fame Executive Director Winston Kelley on the passing of Barney Hall.

“First and foremost, I want to offer our most sincere condolences to the longtime love of Barney’s life and best friend for more than 35 years, Karen Carrier, and their families on Barney’s passing. Barney’s accomplishments and contributions to NASCAR are immeasurable and without parallel. Covering NASCAR for nearly 55 years through seven decades, he became known by millions as “The Voice of NASCAR.” He was that recognizable voice that you would hear with every broadcast. You may not have known the face, which he would joke with his ever-present wit that it was “made for radio,” but his voice was unmistakable.

Whether you met him or not, you felt like you knew him. His easy, conversational delivery made you feel like you were listening to one of your closest friends or relatives tell you a story – the story of the very NASCAR race he was describing. He could paint a picture that would make Picasso or Rembrandt proud and tell a story that would awe Hemingway or Twain. He was not just a trusted voice to listeners and race fans, he became what many believe is the most trusted journalist in NASCAR by the sport’s competitors for decades. Barney has also tutored dozens of broadcasters throughout his career, many of whom you hear on the air today on both radio and television.

Barney achieved one of the ultimate compliments for his life’s work and honored his commitment to NASCAR when the sport named the award for media excellence presented annually at the NASCAR Hall of Fame Induction Ceremony after him and another legendary broadcaster and former colleague, Ken Squier. Hall and Squier were the inaugural recipients of the Squier-Hall Award for NASCAR Media Excellence in 2013. NASCAR has lost its most recognizable voice and one of the greatest broadcasters ever of any sport; and I have lost one of my dearest friends. His legacy and legendary calls of NASCAR racing will live in our minds, our archives and at the NASCAR Hall of Fame forever.”

About the NASCAR Hall of Fame:

Conveniently located in Uptown Charlotte, North Carolina, the 150,000-square-foot NASCAR Hall of Fame is an interactive entertainment attraction honoring the history and heritage of NASCAR. The high-tech venue, designed to educate and entertain race fans and non-fans alike, opened May 11, 2010, and includes artifacts, hands-on exhibits, a 278-person state-of-the-art theater, Hall of Honor, Buffalo Wild Wings restaurant, NASCAR Hall of Fame Gear Shop and NASCAR Productions-operated broadcast studio. The venue is open 10 a.m. – 6 p.m. seven days a week and has an attached parking garage on Brevard Street. The five-acre site also includes a privately developed 19-story office tower and 102,000-square-foot expansion to the Charlotte Convention Center, highlighted by a 40,000-square-foot ballroom. The NASCAR Hall of Fame is owned by the City of Charlotte, licensed by NASCAR and operated by the Charlotte Regional Visitors Authority. nascarhall.com