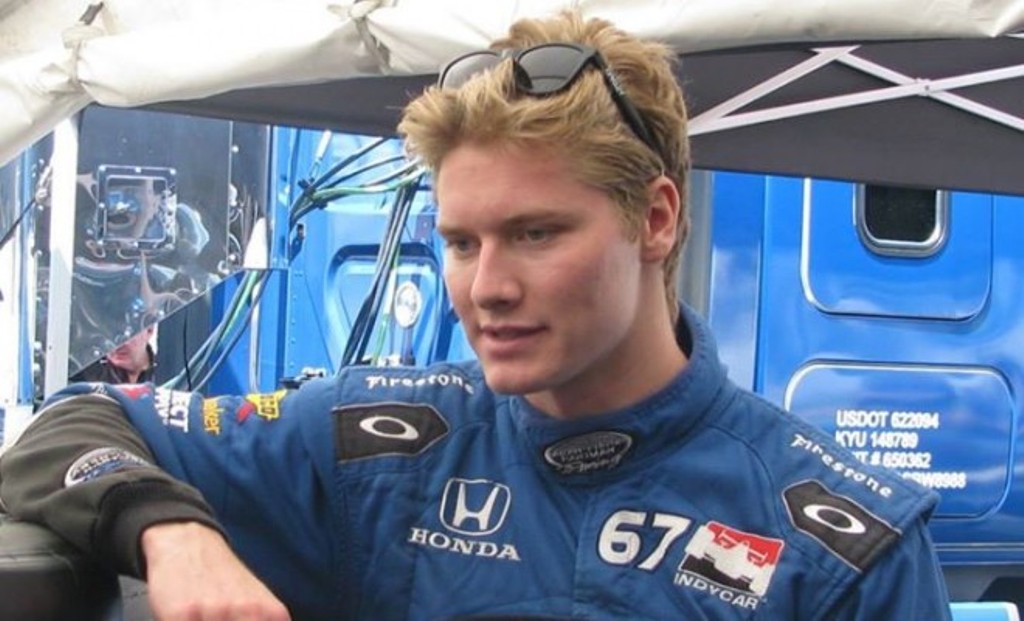 Carpenter, Newgarden Will Race Under ECR Banner in 2016

(SPEEDWAY, Ind.) January 28, 2016 – A familiar name will be part of Verizon IndyCar Series in 2016 as Ed Carpenter Racing returns to competition. Team officials announced today that the organization that operated as CFH Racing in 2015 will be known as Ed Carpenter Racing (ECR), effective immediately. The team will remain headquartered in its current location at 1255 Main Street in Speedway, Ind. Ed Carpenter, Tony George and Stuart Reed are the owners of ECR.

“After competing for a year as CFH Racing, we will be returning to ECR for 2016 and beyond,” stated Ed Carpenter. “While we had a great year as CFH Racing, we have had some partnership changes within the organization and it makes the most sense to return to ECR. I am proud of what we have accomplished as a team since we started in 2012 and look forward to building upon that success for another exciting Verizon IndyCar Series season.”

ECR and Sarah Fisher Hartman Racing (SFHR) combined their single-car teams in August of 2014 to create CFH Racing. During their 2015 campaign, CFH won two races with Josef Newgarden, collected an additional three podium finishes and a earned a pole position.

Fisher will continue to assist ECR with sponsorship development and work with existing team partners. “It’s important for IndyCar to have strong entries on grid and this team needs to be two of them, so I will do what I can to help them with business developments and continue with solutions for our current partners,” said Fisher. “I am lucky to have been an owner in this series for eight years, having incredible memories along the way. Lastly, I am extremely thankful to Wink and Libba Hartman for everything they’ve done to help us get to where we are today.”

Newgarden will drive the No. 21 Chevrolet for ECR in 2016, featuring a special Fuzzy’s Ultra Premium Vodka scheme for the first four events. Carpenter will remain the driver of the No. 20 Fuzzy’s Ultra Premium Vodka Chevrolet during the five oval events. ECR is continuing to work toward filling the seat of the No. 20 for the road and street course events, but at this time has plans to compete on only the ovals. “ECR is in a great position as we head into 2016 and have support from great partners like Fuzzy’s Ultra Premium Vodka and Direct Supply. We have been a Chevrolet team from the beginning, so we’re excited to continue that relationship and help them win another championship.” Carpenter continued. “We have had a very productive off-season and our plans are well underway for a successful year.”

The same year ECR began, Newgarden was hired to drive for SFHR after winning the 2011 Indy Lights championship. “I may never have had the chance to race an Indy car if it was not for Wink Hartman, Libba Hartman, Sarah Fisher and Andy O’Gara. They really were a huge turning point in my career and helped me break into the professional level. Their support was everything and more that a young driver could ask for,” commented Newgarden. “Moving forward, I’m extremely excited about 2016 with Ed Carpenter Racing. I enjoy working with Ed Carpenter so much, as both a teammate and a team owner. I look forward to putting 100 percent into the season and trying to achieve greater and bigger results. With the entire ECR team and the Chevy partnership we have, I feel there is absolutely nothing that can stand in our way from topping our very promising season in 2015.”

Ed Carpenter Racing will return to the track at Phoenix International Raceway on February 8 for their first test of the year. The 2016 season Verizon IndyCar Series season will open on Sunday, March 13 in St. Petersburg, Fla.