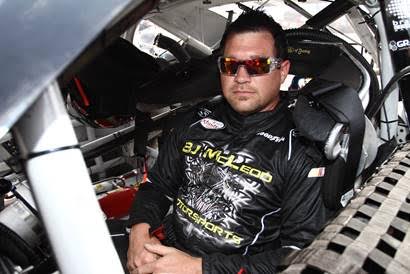 Team principal B.J. McLeod, a successful Super Late Model racer from Wauchula, Florida will lead the two-car effort this season driving the No. 78 Ford Mustang, while the Mooresville, North Carolina-based team will field the No. 99 Ford Mustang also in a full-season slate with a rotating list of drivers.

Since the offseason, team owner McLeod, a successful entrepreneur by trade acquired key assets from Roush Fenway Racing (RFR) and will utilize that equipment in the team’s expansion into NASCAR’s second-most predominant national division.

“We are very excited with the expansion of our team into the NASCAR XFINITY Series, especially on a full-time basis,” said McLeod. “We are forever grateful for the door that was opened with Roush Fenway Racing to gain some of the equipment for our use this season. It’s our hope that while are expectations are modest, we can surprise a few people on the track this season.”

Before expanding the team’s operations into XFINITY, the team has been a fixture in the NASCAR Camping World Truck Series (NCWTS) with a variety of drivers, including Matt Tifft’s debut at Martinsville (Va.) Speedway in October 2014 which delivered an impressive eighth place result.

Longtime industry team veteran George (David) Ingram will serve as crew chief of the No. 78 Ford Mustang this season, while Jason Houghtaling takes the lead as the director of the No. 99 program. Collectively, McLeod is optimistic that his team can head to the “World Center of Racing” and competitively perform in the series’ 120-lap race.

“Daytona is a big deal, there’s no hiding behind that, but I think we’ll be more than ready,” McLeod added. “The guys are excited about the equipment we’ve acquired, plus I’m equally enthused about our teammate for the race. All things considered, we think we can go to Daytona and given right the circumstances, we can compete for two top-15 finishes.”

As a whole, McLeod expanded that his team is focused on improvement with each and every week so that given the team’s detailed path, the organization can be a staple for the XFINITY Series for years to come.

“We didn’t make the investment to be around for a short time and then disappear,” sounded McLeod. “The people and marketing partners who make B.J. McLeod Motorsports go are fixated on a long-term plan. If we can be competitive and make some noise through the season, we have done our job. Long-term, if we can maintain a course that brings unique but intriguing marketing partners to the track, as well as a place for drivers to grow, we have done our job.”

Marketing partnerships for B.J. McLeod Motorsports’ vehicles, as well as the team’s second driver for the season-opening PowerShares QQQ 300 from the newly renovated Daytona International Speedway will be announced in the coming weeks.

For more on B.J. McLeod, please visit his official Facebook page, while also visiting the team’s new website at BJMcLeodMotorsports.com. Additionally, the team is growing their presence on Twitter, with the team’s new account @teamBJMcLeod. McLeod also utilizes his personal twitter too, @BJMcLeod78.