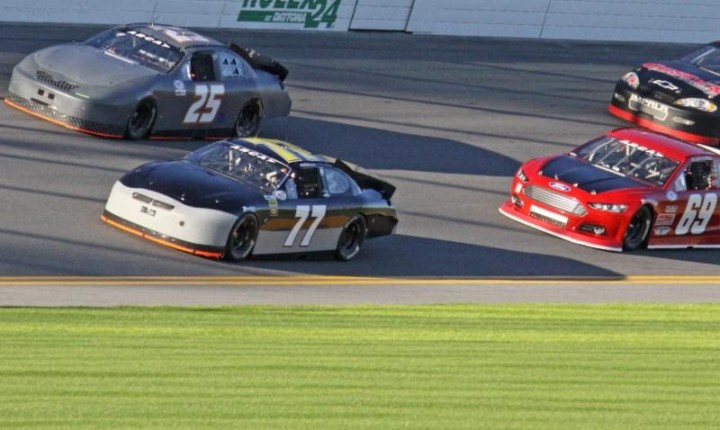 What started out as a superspeedway experiment, turned into a rich tradition for the diverse ARCA tour, which made its superspeedway debut at Daytona on February 8, 1964 with a 250-mile race – Nelson Stacy the inaugural winner.

It was not only ARCA’s introductory course in superspeedway racing; the event literally set the stage for a name-change, from MARC (Midwest Association for Race Cars) to ARCA (Automobile Racing Club of America). When NASCAR founder Bill France, Sr. invited MARC to race at Daytona for the first time, MARC was clearly reaching beyond its Midwestern roots. As a result, France and ARCA founder John Marcum collaborated on a name-change that would reflect a series more national in scope. Together, they came up with the name ARCA, and the rest is history.

However, it wasn’t just ARCA champions that magnified the winner’s list at the “World Center of Racing” for the ARCA tour; it was also the future stars of the sport that would use the ARCA race at Daytona as a springboard to the big leagues. The ARCA winner’s list at Daytona reveals that future NASCAR stars Kyle Petty, Tim Richmond, Joe Ruttman, Mike Wallace, Kenny Irwin, Ryan Newman, and Kyle Busch (left) are all ARCA winners at Daytona.

Despite the continual influence of NASCAR teams in the field at Daytona, the well-financed development drivers still have to find a way around Lebanon, Pennsylvania veteran Bobby Gerhart, who’s won a record eight ARCA races at Daytona. Gerhart, also attempting to make the starting line-ups for the NASCAR Camping World Truck and XFINITY Series events at Daytona, will be making a record 29th consecutive ARCA attempt. Further, if Gerhart were to win the ARCA race, he would surpass Katona as the oldest superspeedway winner in history.

Gerhart will have his hands full in the 40-car starting field up against a wide variety of veterans and rookies, including newcomer Gray Gaulding (right), who turns 18 just three days before the Lucas Oil 200. Gaulding, on the opposite end of Gerhart, would become the youngest superspeedway winner in stock car history if the Colonial Heights, Virginia rookie can find his way to victory lane. Other rookies entered include William Byron, Shane Lee, Kevin Thomas, Chase Briscoe and Jairo Avila to name a few. Avila is one of five drivers from NASCAR’s Drive for Diversity program in 2016.

On the veteran side, 10-time ARCA champion Frank Kimmel, the all-time series winner with 80 victories, is still in search of his first Daytona triumph. Kimmel has filed an entry in the Team Stange Ford Fusion, reuniting the Clarksville, Indiana ARCA icon with the No. 46, the number that carried Kimmel to nine of his national titles. It’s been nine years since we saw the 46 on the side of Kimmel’s car. NASCAR veteran Bobby Hamilton, Jr., Ken Schrader Racing’s Matt Kurzejewski, Venturini Motorsports’ Tom Hessert, Lira Motorsports’ Kyle Weatherman and former Daytona ARCA winner John Wes Townley are also entered.