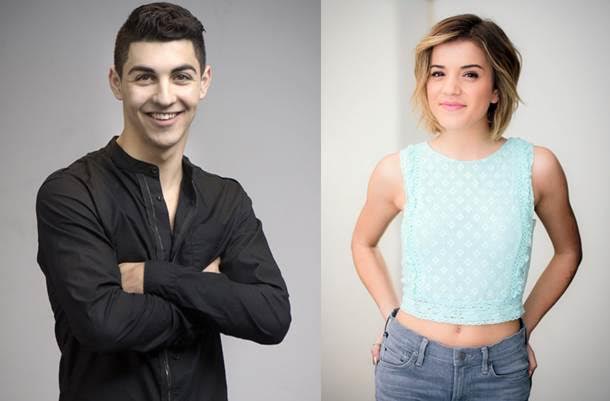 Trevor & Brittany to meet fans, sign autographs and pose for pics on Sunday, March 13 at The International Centre

TORONTO, ON // FEBRUARY 10, 2016 • Expanding on the show’s ‘something for everyone’ theme, the promoters of the upcoming Motorama Custom Car & Motorsports Expo presented by Mothers have booked two special guests for Sunday, March 13 at the show.

Trevor Tordjman and Brittany Raymond – two of the main stars of Family Channel’s hit television show The Next Step – will be atMotorama to meet with showgoers, sign autographs and take pictures with their fans. Motorama takes place at The International Centre, at 6900 Airport Road, across from Toronto’s Pearson Airport.

Playing ‘James’ and ‘Riley,’ Trevor and Brittany are well-known across Canada and around the world for their roles on the top-rated program. Aimed primarily kids aged 8-14, the scripted-reality show follows the highs and lows of an elite group of dancers as they balance the pressures of competition with the trials of growing up.

Speaking on behalf of Motorama, Greg MacPherson said, “As the father of a 12 year-old girl, I’m very familiar with The Next Step, and Trevor and Brittany. When a new episode comes on, it’s a battle for the remote in our house. Racing is a family affair and we’re going to have people of all ages at Motorama, so we thought it would be neat to have some celebrities that our younger attendees will get a special thrill out of meeting, in addition to all of the other automotive and racing stars who will be there.”