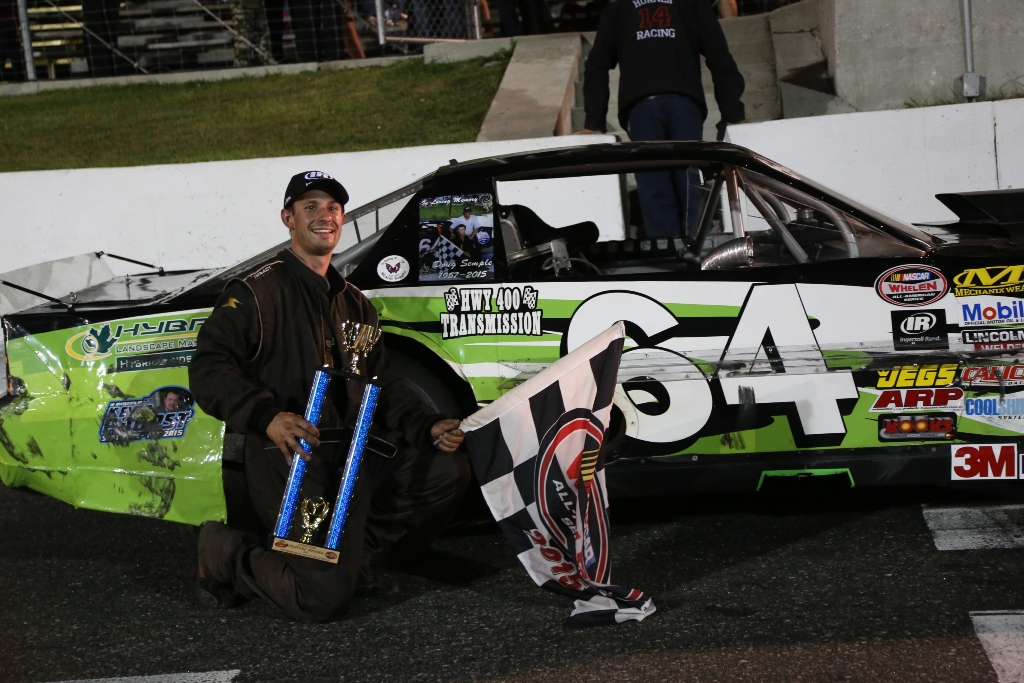 Following a successful season, Ryan Semple is set to return to Sunset Speedway once again in 2016, looking to secure the St. Onge Recreational Super Stock Championship.

“Our plans for 2016 are to go for the Championship at Sunset,” he said. “We learned a lot last year with the new car. I have Shaun (McWhirter) at Streamline helping me in the off-season. We have done a lot of work to the car in preparation for 2016.”

The anticipation continues to build for Semple and team for the upcoming season with returning sponsors, as well new sponsors, allowing them to expand their program. Currently, Semple notes that they have partnered up with Hybrid Landscaping, Anderson Sheet Metal, AutoTrimBarrie.ca, A Man Zone Barber Shop, Hwy 400 Transmission and Streamline Race Products for the upcoming season, with the possibility for more sponsor announcements to come.

Last year, Semple put together a strong run that resulted in him finishing fourth in points with 10 top-five finishes on the season, highlighted by a win late in August.

“Looking back on last year, I could not have wished for a better year,” he said. “It was a big learning curve with a new car and a very small budget and to run with the cars I did, we take that as a huge accomplishment.”

With the fierce level of competition that Sunset Speedway has become known for, everybody knows that each week that they need to continue to get stronger, and to do that, certainly taking in lessons each step of the way is key.

Looking back on last season, Semple says the biggest thing that he learned – patience, as it’s patience that helps you win races.