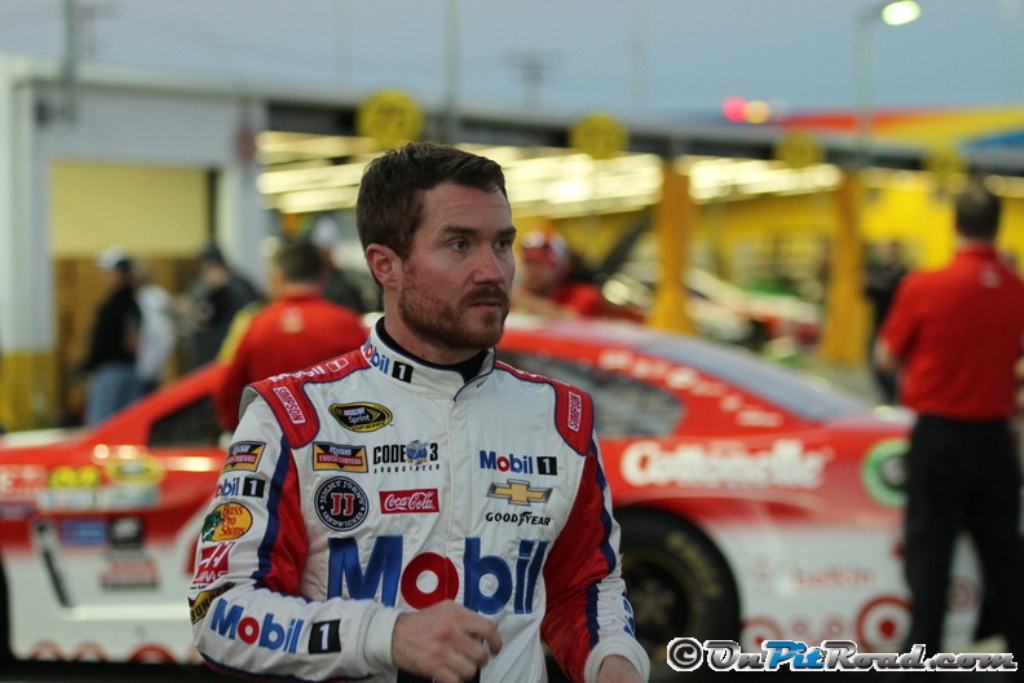 REID SPENCER/NASCAR WIRE SERVICE — DAYTONA BEACH, Fla. – To say that Brian Vickers appreciates the opportunity to drive the No. 14 Stewart-Haas Racing Chevrolet in place of injured Tony Stewart would be nothing short of a colossal understatement.

Vickers has good reason to feel both rested and appreciative. In fact, he has experienced more health issues over the past six years than the driver he is replacing. On three occasions during that span, Vickers has been forced to abandon a NASCAR Sprint Cup Series ride because of blood clots, which originally were discovered in his legs and lungs in 2010.

“I think all those feelings and all those experiences and things I’ve learned will only contribute to success, not failure,” said Vickers, who has received clearance to race from his doctors and from NASCAR. “I feel good about it. I’m pumped. It’s a great opportunity.”

But it’s an opportunity that comes at Stewart’s expense, as Vickers was quick to note.

“It’s unfortunate that this is the car I’m in, because that means Tony’s not here,” Vickers said.

Stewart suffered a burst fracture of his L1 vertebra in a Jan. 31 all-terrain vehicle accident in the Glamis Dunes of California.

The three-time series champion had back surgery in North Carolina on Feb. 3 and will miss an indeterminate number of races as he recovers. Stewart, however, did hold an impromptu question-and-answer session with fans via the live-streaming application Periscope on Friday, as he worked out on a treadmill.

“We’ve been through a lot worse than this,” Stewart told his fans during the session.

In fact, Stewart missed the final 15 races of the 2013 season after breaking his leg in a sprint car accident in Iowa. In 2014, he missed three races after a sprint car he was driving at Canandaigua (N.Y.) Speedway struck and killed fellow driver Kevin Ward Jr., who had exited his car and approached Stewart’s after an accident involving the two cars.

“Obviously, the situation is fluid,” said Stewart-Haas president Brett Frood. “There are a lot of different scenarios and tentacles to every decision we’re making. We want to focus on Speedweeks. We want to come in here and give ourselves the best opportunity to win (Saturday night’s Sprint Unlimited) and the Daytona 500.

“Then we’ll figured out Atlanta (Feb. 28) and the rest, and hopefully get Tony back in the car as soon as possible.”