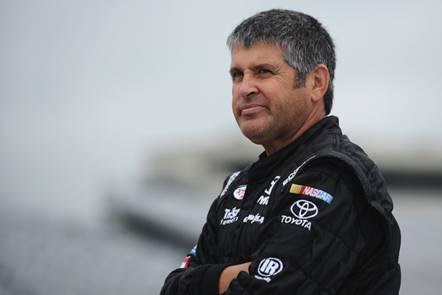 The 52-year-old Green will look to make his 22nd career NXS start at the “World Center of Racing” with hopes of capturing his fourth top-10 finish at the 2.5-mile superspeedway.

In his previous 21 efforts, Green delivered a track best of second in the 1999 season-opener driving for ppc Racing.

“I’m thankful to Rick and the entire Rick Ware Racing team for the opportunity to race at Daytona,” said Green, who holds 420 career XFINITY Series starts in a 25-year presence. “I’ve always loved racing at Daytona and thanks to Rick and our sponsor, we’re going in with all hands on deck.”

Green open his 26th year of competition with backing from Dashub.com.

Dashub was founded by a group of car enthusiasts who set out to revolutionize the car buying experience. As an online used car auction company, their mission is to create an easier, more affordable way to purchase a car by giving our clients exclusive access to insurance and salvage auto auctions.

“Can’t thank Dashub enough for willing to jump onboard with us for Daytona,” added Green. “We’re hoping to make Daytona a great experience for them and the opportunity arises to do more in the future.”

Team principal Rick Ware says he’s always wanted to work with Green and now in his 25th anniversary season of competition, the dream will become a reality.

“Jeff Green is a pinnacle name when it comes to the success of the NASCAR XFINITY Series,” said Ware. “I’ve been around 25 years and the name Green is synopsis when it comes to history of the series. We’re thankful for the chance to work with him and hope Daytona is everything we hope it to be. Without Dashub, none of this would be possible.”

George Church who has helped steered Rick Ware Racing to some of its peak performances in the XFINITY Series will lead Green for the Feb. 20 race.