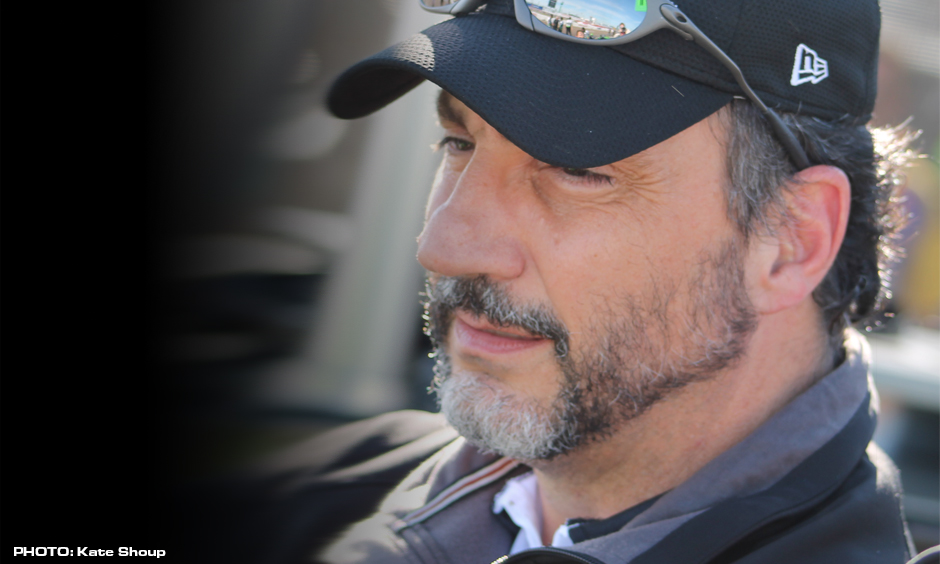 INDIANAPOLIS (Feb. 22, 2016) – INDYCAR announced that veteran racing engineer Bill Pappas has been named Vice President of Competition, Race Engineering. Pappas brings more than 30 years of motorsports experience to the position and has cultivated strong relationships throughout the racing community.

“We are very pleased to have someone with Bill’s vision and experience join our team at INDYCAR,” said Jay Frye, INDYCAR President of Competition and Operations. “His deep engineering expertise and long history of accomplishments in Indy car racing have earned him the respect of team owners and drivers alike. We look forward to the immediate impact and advancements Bill will bring in strengthening our safety initiatives while also enhancing our racing.”

Pappas will be responsible for all engineering and technical operations, including chassis and engine development, safety enhancements and aerodynamic initiatives. In addition, he will manage relationships with chassis and engine suppliers.

Pappas has worked with some of the most respected teams in the INDYCAR paddock, including Chip Ganassi Racing Teams, Rahal Letterman Lanigan Racing, Dale Coyne Racing and, most recently, served as technical director for KV Racing Technology. Pappas, who earned a degree in mechanical engineering from Purdue University in West Lafayette, Ind., helped guide Juan Pablo Montoya to his first Indianapolis 500 Mile Race win in 2000 with Ganassi.

“Being able to join the INDYCAR team is a great opportunity,” said Pappas. “I hope my racing experience and perspective can be utilized to enhance an already great level of competition.”

Pappas is replacing Will Phillips, INDYCAR Vice President of Technology, who will be leaving INDYCAR in March.

“Will has contributed a great deal to the series during his tenure,” Frye said. “We wish him well in his future endeavors.”

The 2016 Verizon IndyCar Series season kicks off with the Firestone Grand Prix of St. Petersburg on March 13 and includes the highly anticipated 100th Running of the Indianapolis 500 presented by PennGrade Motor Oil on May 29.  For information on the series, its 16-race schedule and the 100th Running, visit http://www.indycar.com.