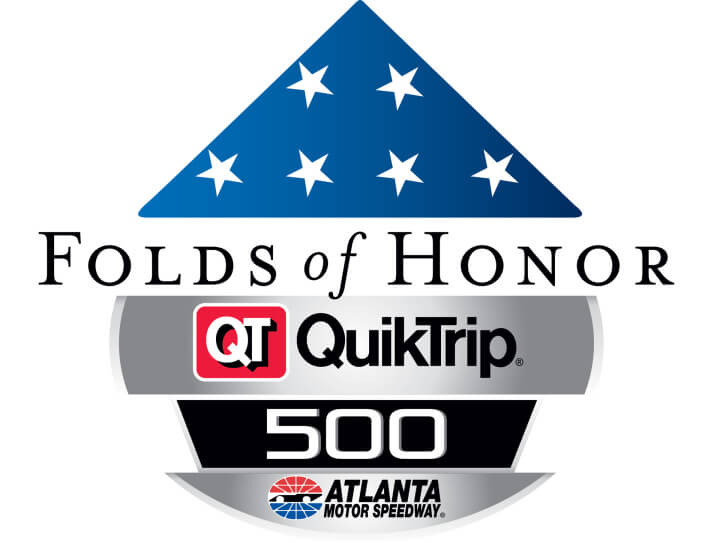 Ryan Blaney and the Motorcraft/Quick Lane Racing team expect the momentum gained from their top-20 finish in last week’s Daytona 500 to help them improve at this Sunday’s NSC Folds of Honor QuikTrip 500 at Atlanta Motor Speedway.

“Knowing we had a fast car at Daytona is encouraging going to Atlanta,” Blaney said. “Running all the laps last week has also helped momentum.”

DEARBORN, Mich., Feb. 25, 2016 – Ryan Blaney and the Motorcraft/Quick Lane Racing team expect the momentum gained from their top-20 finish in last week’s Daytona 500 to help them improve at this Sunday’s NSC Folds of Honor QuikTrip 500 at Atlanta Motor Speedway.

Blaney ran in the top 10 and top 15 for most of the “Great American Race” before being stuck in the uppermost lane of three-wide racing that never seemed to be able to move forward near the end.

“Knowing we had a fast car at Daytona is encouraging going to Atlanta,” Blaney said. “Running all the laps last week has also helped momentum.”

Crew chief Jeremy Bullins was encouraged as well by the speed in the Wood Brothers’ iconic No. 21 Ford Fusion at Daytona. He says, however, the regular season starts in Atlanta.

“The majority of the races we will run are on intermediate-length tracks like Atlanta, thus we often say the regular season starts this week,” Bullins said. “The superspeedway races are a different breed altogether and require a completely different approach from the rest of the season. Atlanta will show us where we stack up against the field and give us an indication of our strengths and weaknesses as we get going into the heart of the schedule.”

One issue that hampered the team at Daytona was loose wheels. Bullins said the team analyzed the problem and feels it’s been corrected.

“Overall I think our team did a great job for the weekend,” he said. “We had no other mechanical issues, and our pit stops were excellent for the day if you remove the loose-wheel issue. Not a bad way to start the season.”

Although he hasn’t raced a NASCAR Sprint Cup car at Atlanta, Blaney ran there during the 2012 Camping World Truck Series season when he started 12th and finished 11th. He also participated in a tire test session at the track last fall. Since so much has changed with the cars and the tires since then, Blaney said he’ll be “pretty much learning the track all over again.”

He’ll have a lot of help learning the circuit as this will be the Wood Brothers’ 104th start at the Atlanta Motor Speedway. The team has captured nine poles and 12 checkered flags at the track, the last in 1993 with Morgan Shepherd behind the wheel.

Ford’s Quick Lane Tire & Auto Center offers routine vehicle maintenance such as oil and filter changes, light repair services including brake repair, and tire replacements on all vehicle makes and models. With nearly 800 locations and growing, customers can visit  www.quicklane.com to find a center that is closest to them, print savings coupons and review maintenance tips to keep their vehicles running at peak efficiency. This site includes information on how to spot tire wear, how to jump-start a battery and even a series of tips to improve a vehicle’s fuel economy.

Wood Brothers Racing was formed in 1950 in Stuart, Va., by Hall of Famer Glenn Wood.  Wood Brothers Racing is the oldest active team and one of the winningest teams in NASCAR history. Since its founding, the team won 98 races (including at least one race in every decade for the last seven decades) and 117 poles in NASCAR’s top-tier series. Fielding only Ford products for its entire history, the Wood Brothers own the longest association of any motorsports team with a single manufacturer. Glenn’s brother, Leonard, is known for inventing the modern pit stop.  The team currently runs the Motorcraft/Quick Lane Ford Fusion driven by Ryan Blaney in the famous number 21 racecar.