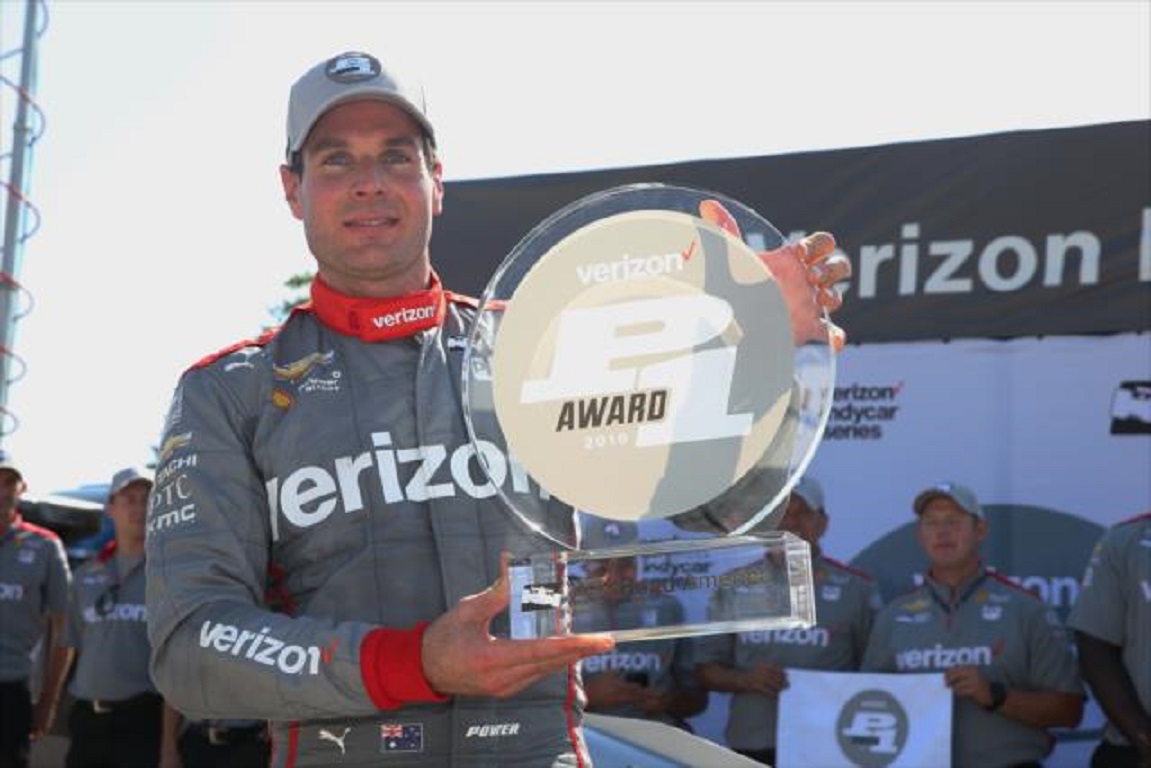 It has been a little while since the last major duel between the two powerhouse teams of the Verizon IndyCar Series, however following Saturday’s qualifying session for the Kohler Grand Prix at Road America, that reality appears set to be played out on Sunday at the popular four-mile layout in Elkhart Lake, Wisconsin.

After having been largely out-performed on the road and street circuits by his Team Penske teammate and current championship leader Simon Pagenaud, Australia’s Will Power has ridden the momentum gained from his first win of the season at the most recent IndyCar Series race at the Raceway at Belle Isle three weeks ago, by earning the Verizon P1 Award on Saturday. With the Firestone Fast Six session featuring five of six drivers featuring Chevrolet power, Power managed to fire off a hot lap at one minute, 42.2105 seconds, good enough to hold off Chip Ganassi Racing’s Scott Dixon by less than two tenths of a second.

A second Ganassi-Penske squabble will be present on the second row likewise at the start Sunday, as Chip Ganassi Racing driver Tony Kanaan, will be flanked by Pagenaud. The Frenchman continues to hold a sizable lead on the current points table, having finished second or better in six of the first eight events in 2016. A third Penske team member is featured on the third row with Helio Castroneves being joined by the best of the rest outside the Big Two squads: Rahal Letterman Lanigan Racing’s Graham Rahal.

With North American open wheel racing having not visited Road America since 2007, previous track experience appeared to be a key influence on the final starting grid, as seven of the top eight qualifiers have each made at least one start at the Wisconsin road course when it was part of the former ChampCar World Series circuit. The only driver not to fall under this clause among the first four rows is Sunoco Rookie of the Year candidate Max Chilton, yet another team member from Chip Ganassi’s squad.

While Rahal managed to fly the flag Saturday for Honda, another underdog team for the Japanese engine manufacturer continued to show muscle on Saturday as Conor Daly qualified a career-best ninth on the grid. The first-year Dale Coyne Racing pilot was the fastest qualifier from the second group of runners during the opening phase of action and just missed out on making the Firestone Fast Six. Despite limited resources, Daly and the Chicago-based team have placed sixth or better in each of the last three road course races, including a runner-up finish in the first half of the Chevrolet Dual in Detroit three weeks ago.

While a majority of the normal top runners are featured in the top half of the 22-car starting lineup for Sunday, there were some omissions. Ed Carpenter Racing’s Josef Newgarden, who returned to the driver’s seat after a terrible crash at Texas Motor Speedway two weeks ago, spun out at the difficult Carousel section of the Road America circuit and will start 20th. 100th Indianapolis 500 pole winner James Hinchcliffe was adjudged to have blocked the progress of Andretti-Herta Autosport driver Alexander Rossi during the opening qualifying phase and was stripped of his two fastest laps. The Schmidt Peterson Motorsports pilot will start 22nd on Sunday.