With co-drivers battling in the first of the two ARMOR ALL qualifying races to decide tomorrow’s starting order a mid-race storm sent the field scrambling.

The first race decided the starting order for the second; which set the grid for tomorrow.

Reynolds and Youlden survived the first race chaos and managed the second to claim ARMOR ALL Pole Position for the Sandown classic ahead of Jamie Whincup and Paul Dumbrell who recovered from the first race dramas. 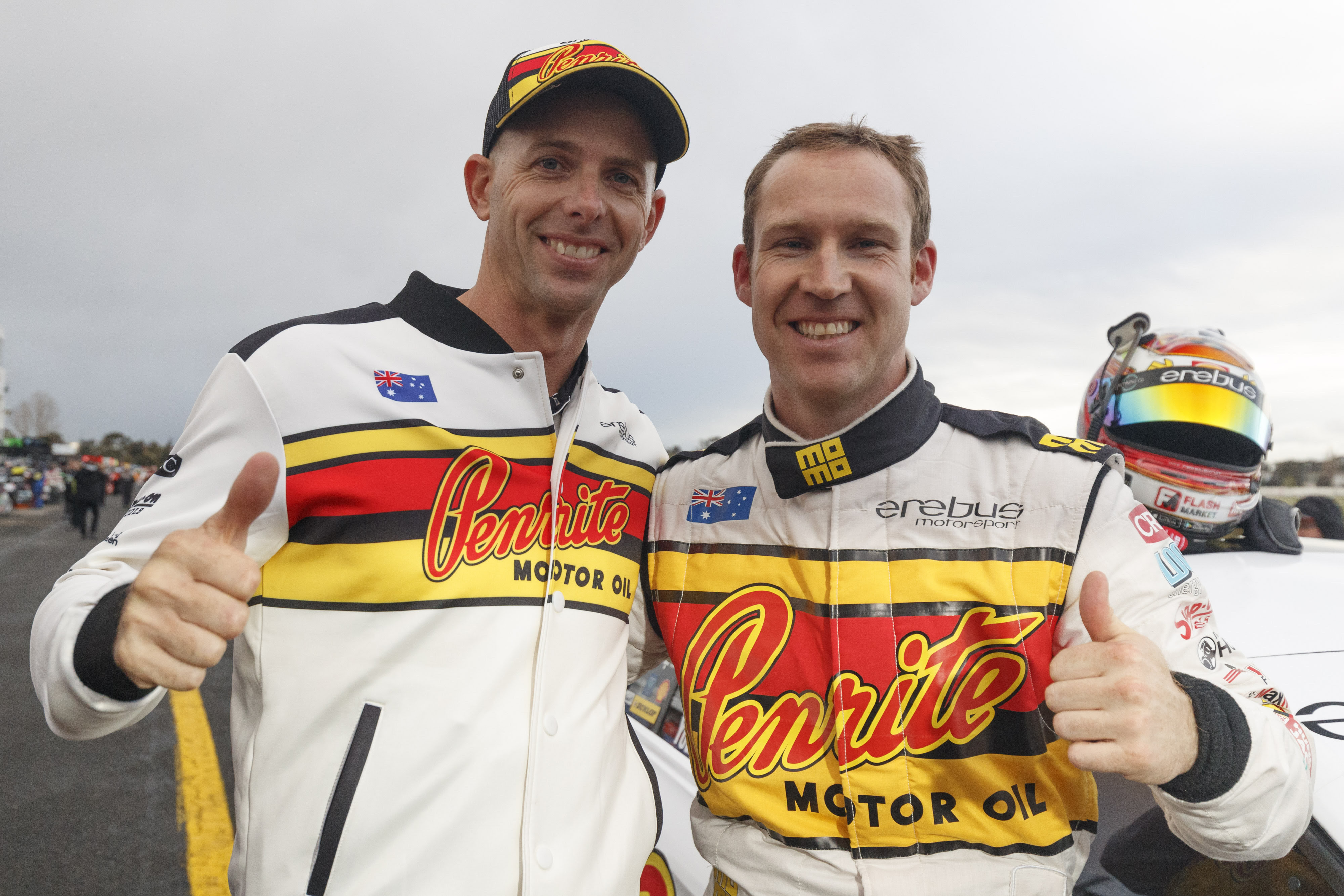 “We got very lucky with the strategy call (in race one),” Reynolds said. “If we were the lead car we probably would have pitted. Things organically happened today and we benefitted from them.”

Another pairing who didn’t stop, Scott McLaughlin and Alex Premat, will start third alongside team-mates Fabian Coulthard and Tony D’Alberto.

Whincup charged back having made up eight places while Shane van Gisbergen flew in the second half of the second race, ultimately finishing in position 11 (from 19), where he and Earl Bamber will start tomorrow.

“We have been in this position before though and it hasn’t gone so well on Sundays,” said Whincup. “The focus is on making sure we minimise the mistakes and be there in the end.”

In a frenetic few laps of race one half the field decided to change to wet tyres and the other half stayed out. It proved a costly result for those who played it safe.

With co-drivers in the seat the gamble paid off for some, and not for others. Novocastrian Aaren Russell was the greatest beneficiary, winning the opening ARMOR ALL qualifying race after one-time leader James Moffat was spun from behind.

“The weather just threw everything out the window, I was so nervous in the car,” Russell said. “I got lucky, got to the lead and pushed on. I am a bit speechless at the moment.”

“Sometimes you have just got to have a little bit of luck go your way,” McLaughlin explained. “That was tough conditions man. I have never driven in hail in a Supercar before so full credit to them.”

It was the reverse for both Red Bull Holden Racing Team who brought in Dumbrell, who at the time held a commanding lead at the time, and Kiwi Earl Bamber who had to double stack.

It meant Dumbrell finished 11th and Bamber 16th, leaving Van Gisbergen with his work cut out and Whincup ten places back from where he could have been.

Former Supercars Champion James Courtney will have his team working overtime tonight after he slid off the track at high-speed early in this afternoon’s session. His Mobil 1 Boost Mobile Commodore suffered severe damage and he will start from the back of the grid tomorrow.

Van Gisbergen had a tussle with teammate Craig Lowndes during the second Race for the Grid and will start from 11th tomorrow.

The 161-lap race will begin at 1:20pm tomorrow afternoon.

FOLLOWING THIS AFTERNOON’S ARMOR ALL RACE FOR THE GRID

Massive crash leaves $5 million of Supercars in a mangled wreck

One of the worst crashes in the history of Supercars racing has ended the Tyrepower Tasmania SuperSprint in unbelievable scenes at Symmons Plains Raceway. On only the second lap of the race an incredible 12 […]

MELBOURNE, AUSTRALIA – [NOVEMBER 10, 2019] – The engines used for the Bathurst 1000 race, in both Car #17 and Car #12, have passed all post-race inspections. The engine in question experienced a mechanical problem during practice […]