Auckland-raised Van Gisbergen scored his fourth Pukekohe victory on top of his clean sweep of three races in 2016 to give himself a chance of reclaiming the Jason Richards Trophy in the honour of the Kiwi great who died from cancer in 2011.

Whincup finished the race in second but a 15 second post-race penalty for colliding with Nick Percat and pushing the Brad Jones Racing birthday boy off the track on the opening lap meant the 2nd place finish was wiped, and Whincup dropped baclk to officially finish in sixth position. 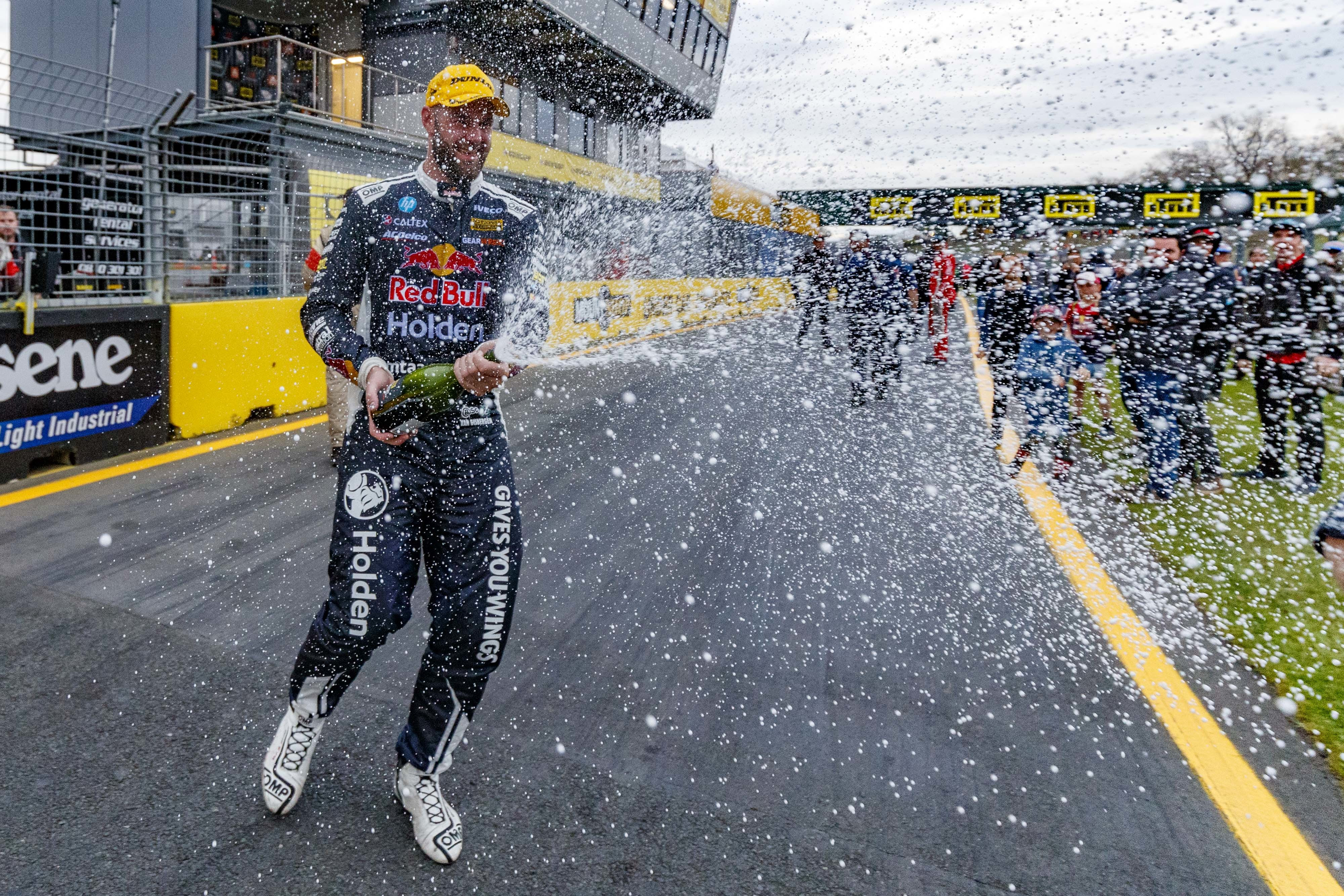 “Man, this place and all the support here makes you lift,” Van Gisbergen said. “It is such as awesome feeling to have so many Kiwi fans. I am glad to get one, hopefully we can get another tomorrow.”

Championship leader Scott McLaughlin officially finishes fourth, behind David Reynolds in what was a largely uneventful race for the pair who started side by side.

When Mark Winterbottom’s IRWIN Commodore stopped suddenly on track having somehow run out of fuel after only 12 laps, it mixed the field up between those who had already done a pit stop and the others who got the chance under the safety car.

Fabian Coulthard was an early stopper with less fuel on board and assumed the lead from Anton de Pasquale and Whincup, all cars who needed to do a longer second stop.

Whincup was able to take advantage of some oil in the track which tripped up Coulthard to allow the seven-time Champion the lead, although both drivers were amongst a handful who stopped early.

As the race settled and stops were done Whincup retained the lead from Van Gisbergen only after Cam Waters and Chaz Mostert, who are team-mates, clashed with each other, taking Mostert out of the running with front end damage.

Van Gisbergen got passed his team-mate soon after, taking the lead he maintained to the flag.
All five Kiwis finished in the top 10, with Andre Heimgartner eighth and Richie Stanaway a season-best 10th.

The result has shaken up the Championship leaderboard, with McLaughlin now leading by 586-points from van Gisbergen who leapfrogged Mostert and Coulthard into second.

Mostert’s collision with teammate Waters has seen him slip back to fourth while Whincup remains in fifth ahead of Reynolds.

Tomorrow there will be a final ARMOR ALL qualifying session followed by the fan-favouriteTop Ten Shootout and the final race of the weekend, another 200km SuperSprint which will begin at 4:10pm local time.

Ten out of ten for Whincup in Townsville

Seven-time Supercars Champion Jamie Whincup has made it ten wins in ten years in North Queensland, by claiming victory in today’s opening race of the 2018 Watpac Townsville 400. It was Whincup’s third race win […]

Runaway Virgin Australia Supercars Championship leader Scott McLaughlin has written another chapter into the history books, equaling the great Craig Lowndes’ record of 16 race wins in a season. It sets the young kiwi up […]

VAN GISBERGEN MAKES IT FOUR IN A ROW IN ADELAIDE

Shane Van Gisbergen emulated two of the country’s greatest racers with a fourth consecutive win on the spectacular Adelaide circuit to stamp an early mark on the Virgin Australia Supercars Championship. The new King of […]