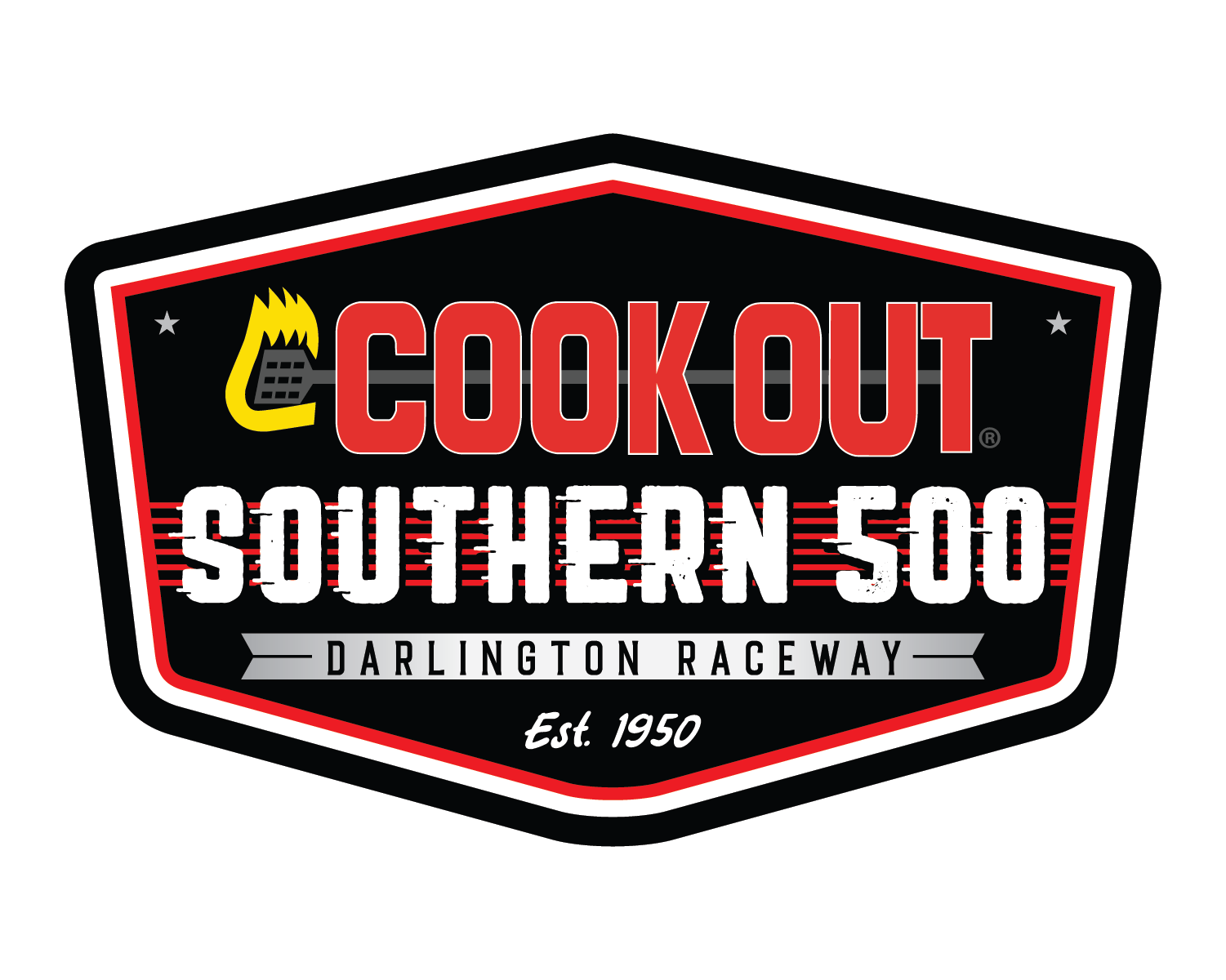 Denny Hamlin started the first round of the NASCAR Playoffs just the way he wanted, with his first win of the 2021 NASCAR Cup Series season at Darlington Raceway.

DARLINGTON, SC. (September 5, 2021) – Denny Hamlin started the first round of the NASCAR Playoffs just the way he wanted, with his first win of the 2021 NASCAR Cup Series season at Darlington Raceway. The win will lock Hamlin and the No. 11 Camry team into the second round of the Playoffs as they battle for this year’s championship. Fellow Toyota driver Martin Truex Jr. (fourth) also claimed a top-five finish at the historic South Carolina raceway.

How big is this victory for you and this team?

“Southern 500, it’s a big win. I love this race track. It’s by far my favorite race track. It’s just great — can’t thank the Offerpad guys enough for everything they do and FedEx and Shady Ray’s, the Jordan Brand, just everyone — Coca-Cola, Toyota, everyone at JGR that builds these fast cars.”

What did you think of the move that Kyle Larson tried on you during the final lap?

“He (Kyle Larson) drove it in past the limit of the cars and the tires. I knew he was coming. I was a little bit conservative on that last lap because I had that four-car-length lead. I didn’t think it was going go that deep, but yeah, still a great race. It’s been back and forth with me and him most of the year. He’s just been a little bit faster on these type of race tracks, and luckily the caution came when it did and the strategy worked out great for the team, but man, I’m really happy.”

How significant is this victory at this point in the season?

“It was a matter of time. We can’t just keep leading inside 10 laps to go every week and not get a win. Yesterday was some unique circumstances but, man, I tell you what, I couldn’t be happier for this win and now to move to the Round of 12.”

How special is it to get your first win of the season in the Playoffs?

“We had a couple breaks here and there that got us the track position, but we were top-three all night. Just drove as hard as I could that last run. The balance was just a little off, but we were able to hold off the 5 (Kyle Larson) just enough.”

How difficult is it to drive this track while watching in your rearview mirror?

“A lot of it is aero-blocking, you listen to what the spotter is telling you and what line he’s running and you just put your car in front of his. That’s so much of what we do today is just blocking people aero-wise, but this car was very fast. Chris (Gabehart, crew chief) did a great job adjusting on it all night and gave me a race winner.”

What was going on in the final set of turns?

“I knew he (Kyle Larson) was going to drive in deep, but I didn’t think he was going to go that deep in the corner. Obviously, I knew he wasn’t going to make it, but still he rattled me a little bit to where he got into the back of us and then we got him low. Fun finish to the Southern 500.”

What does this mean for you in the Playoffs?

“Now we get to go have fun these next two weeks. Just can’t thank Offerpad, FedEx and SportClips, the Jordan Brand, Domino’s, Shady Ray Sunglasses – it was a bright, sunny day today. Can’t thank this whole team enough. They deserve a win. We’ve been so strong all year. They deserve to be in victory lane today.”

Did you think it was possible to have as much speed in your car as you did tonight?

“Oh yeah, all night. We were so good on long runs. Early in the race, we weren’t getting them so we were losing track position. Had the issue of the loose wheel under green and we were in pretty good position right there. Fought all the way back and got up to the front and the dumb driver sped on pit road. One of those days. Thanks to everybody at Bass Pro, TRD, Toyota and everybody back at the shop at JGR – all the men and women there working hard to make our cars good. Congrats to the 11 (Denny Hamlin), been a long time coming for them this year. Overall, really strong race car and heck of a battle. Sometimes you can’t do all the little things right. Certainly today we didn’t, but we battled through it and had a good finish.”

What did you think of the move Kyle Larson tried on the final lap?

“I was asking him if it was Nintendo or Playstation. He (Kyle Larson) definitely – the wall glue got him. He got stuck on the wall. He got close. It was a valient effort.”

How do you feel about the strength of the 19 team after tonight?

“We’ve been battling through a lot of crap all summer long with crashes, damage and a lot of stuff, but we always fight back and get the best finish we possibly can. It’s nothing new for us, we just had to do it tonight and it was a big night with the Playoffs and it turned out to be worth the fight for sure.”

How do you sum up tonight for you and your race team?

“It’s kind of been typical for how we’ve been doing things the last three or four months. Just really strong race car again, the Bass Pro Toyota was really fast. Made good adjustments all day and as soon as it started cooling off, the car started coming to me and we were really good on long runs. We needed long runs and when we would get them, we would go forward. That was good. Then just the loose wheel mistake and fought through that and then I sped on pit road when we had the lead. I feel like we had a shot at the win for sure there, we were really fast that last run. We came from a long way back and passed a lot of cars to get to fourth. Never know how it might have worked out. All in all, just really proud of the effort and of the fight. The never give up attitude that we have as a team. I think this summer, we’ve been through a lot together and it’s toughened our edges up a little bit I think. We kind of went through that like it wasn’t anything. A little bit of frustration on the radio and then it was gone and time to go forward and dig hard. Proud of that and hopefully we can build off it.”

What were the positives from tonight’s race?

“The positives were, once again like the last five or six weeks, we’ve been really competitive. Probably longer than that. I felt like our SportClips Camry was capable of running inside the top-two or three. We ran 20th. It seems like that’s happened a lot and obviously we can’t really have that in the Playoffs. It’s a bummer because today was a great opportunity to try to capitalize on other people’s misfortune and we didn’t. Looking at the Playoff grid, we’re still ahead, but we could be way ahead.”

Is Darlington just a difficult track?

“This place is tough for sure and it’s really easy to make a mistake so yeah, that’s part of it. I do want to give a big thank you to SportClips for allowing me to represent you guys. Hopefully we can do more in the future.”

How do you feel heading into Richmond next week?

“This whole round really, Darlington, Richmond, Bristol are three great race tracks for us and this organization. I’m really happy about that. Just super disappointed that we couldn’t capitalize on today with the speed that we had.”

Toyota (NYSE:TM) has been a part of the cultural fabric in the U.S. and North America for more than 60 years, and is committed to advancing sustainable, next-generation mobility through our Toyota and Lexus brands. During that time, Toyota has created a tremendous value chain as our teams have contributed to world-class design, engineering, and assembly of more than 38 million cars and trucks in North America, where we have 14 manufacturing plants, 15 including our joint venture in Alabama (10 in the U.S.), and directly employ more than 47,000 people (over 36,000 in the U.S.). Our 1,800 North American dealerships (nearly 1,500 in the U.S.) sold 2.8 million cars and trucks (2.4 million in the U.S.) in 2018.

Through the Start Your Impossible campaign, Toyota highlights the way it partners with community, civic, academic and governmental organizations to address our society’s most pressing mobility challenges. We believe that when people are free to move, anything is possible. For more information about Toyota, visit ToyotaNewsroom.com