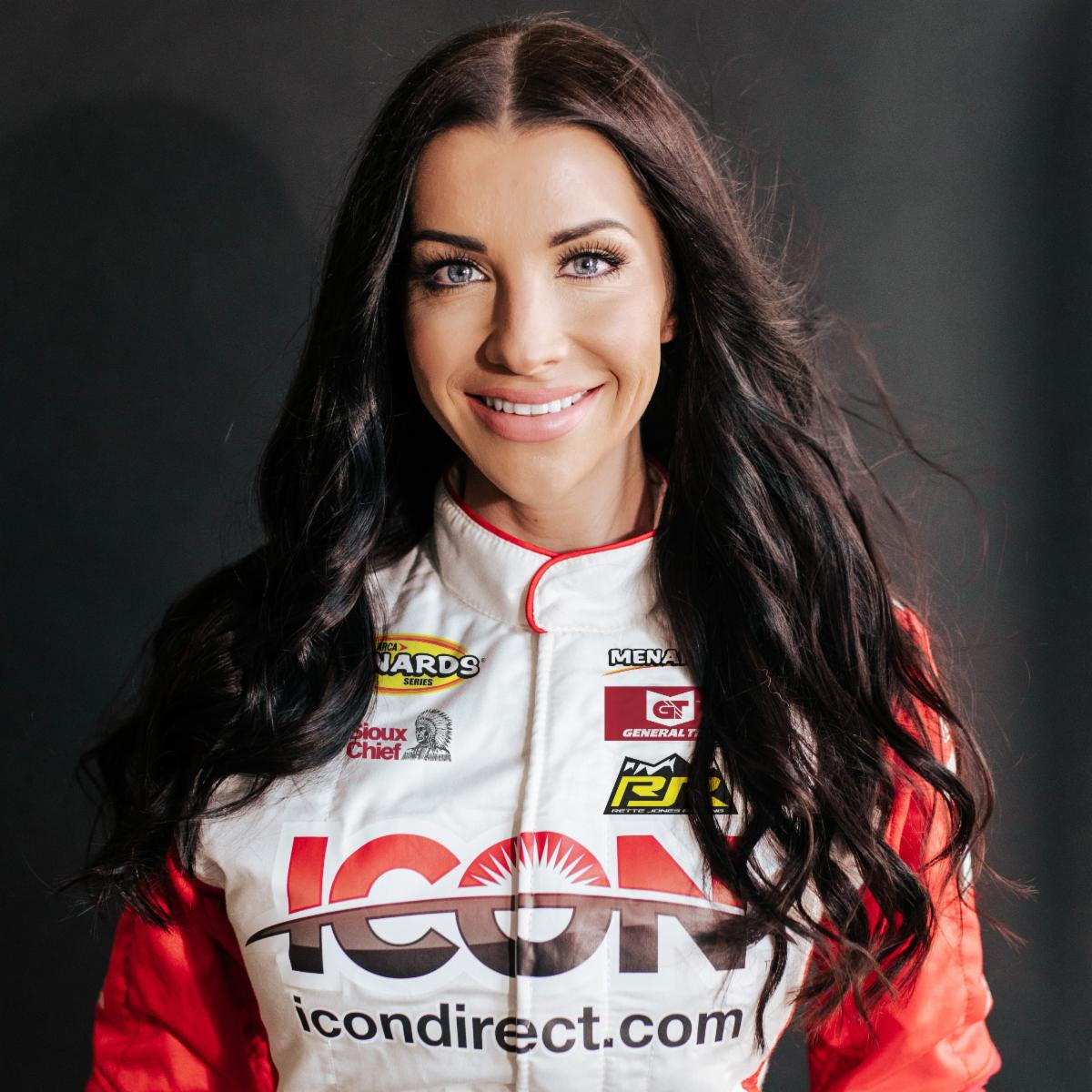 Canadian-based ICON Direct will continue its support of Balcaen and join her at Rette Jones Racing for the 20-race schedule from February to October 2022.

Balcaen, also a Canadian native is a third-generation race car driver who made history in 2016 when she became the first Canadian female to win a NASCAR-sanctioned race in the United States of America.

The Winnipeger’s new endeavor at Rette Jones Racing will also be supported by Glenn McLeod and Sons – cementing a full Canadian roster of partners for her ARCA Menards Series rookie season.

“It is really special for me as a Canadian competing in the United States to be representing all Canadian companies on my car with Rette Jones Racing,” said Balcaen. “To have the hometown support is amazing. I couldn’t do this without them.”

ICON Direct is a manufacturer of high-quality plastic component parts for the RV industry, located in Manitoba, Canada. ICON aftermarket replacement parts are available through RV Dealers and Distributors across North America and directly through their website IconDirect.com.

“We are excited to be a returning sponsor of Amber Balcaen in NASCAR’s ARCA Menards Series,” added John Loewen, CEO of ICON Technologies Limited. “I resonate with Amber’s underdog story. She has a really bright future as a professional race car driver and is a great brand ambassador for ICON.”

She earned a career-best 11th place finish at Irwindale Speedway in Irwindale, Calif.

This season, Balcaen with the leadership of former ARCA championship crew chief and co-owner Mark Rette has huge ambitions to not only continue the team’s winning ways in 2022 but captative the series with her determination to contend for the series championship.

“Racing in NASCAR’s national ARCA Menards Series has always been my dream,” she said. “To compete at historic tracks like Daytona and Talladega is something I have visualized for years. I have dedicated the last eight years, working hard to make this dream become reality and I cannot be more excited to live it.”

“Everyone at Rette Jones Racing is excited about the 2022 ARCA Menards Series season,” he said. “As a company, we are thrilled to return to the premier ARCA Menards Series on a full-time basis and we look forward to the opportunity to strengthen Amber’s craft as a driver in a series that has always provided a lot of diversity.

“Our goals for the season are obtainable and we look forward to producing the results we know that we are capable of and giving Amber a shot at the ARCA Menards Series championship.”

Headquartered in Mooresville, North Carolina, Rette Jones Racing (RJR) was founded in 2015 with the intent of building a successful racing operation built around the fundamentals of hard work and a never-give-up attitude.