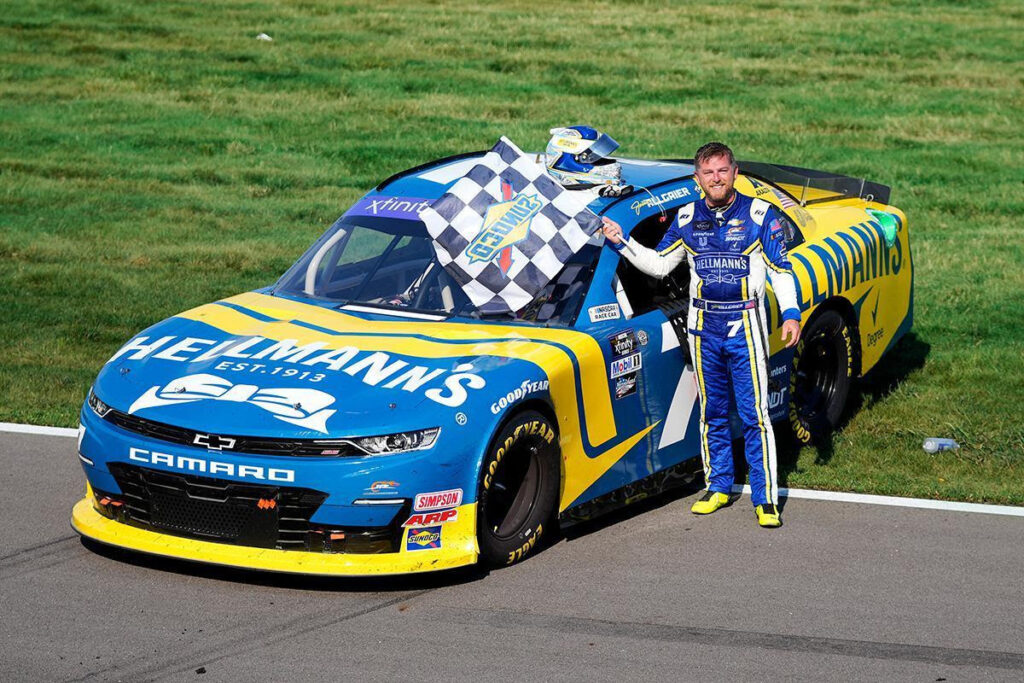 LEBANON, Tenn. (June 25, 2022) – Whenever a bucket list item is scratched off, special memories are made for a lifetime.

Allgaier, who finished second in this race last year, won Stage 1 and Stage 2 at the 1.3-mile concrete track and led 134 of the 188 laps.

It is Allgaier’s 18th career victory in the NASCAR Xfinity Series and second of the 2022 season for the driver of the No. 7 Chevrolet owned by JR Motorsports.

“I’ve been coming here a long time – I love this race track,” Allgaier said. “I’ve been trying to get to Victory Lane here for a long time and we finally did it.

“That’s the best car we’ve ever had. We get to bring a guitar home. This guitar has been on my bucket list for a long time.”

“We’re frustrated and upset with second because we had a winning car today,” Bayne said. “I wanted that guitar really bad. I could see the [No.] 7 but we just ran out of time.”

Even though Allgaier ended up with a comfortable winning margin of 4.513 seconds and led the event from Lap 149 on, he admitted he got nervous in the final laps.

“About 10 [laps] to go, I was expecting a caution,” Allgaier said. “It’s great to get to Victory Lane. I collect guitars – we have a ton of guitars in the house. This is more important than any of the other ones. I need to start taking some lessons.”

Among other notable finishes, Jeffrey Earnhardt placed seventh, Noah Gragson was 13th and one lap down, Daniel Hemric was 17th and Tyler Reddick was 21st and two laps behind.

Kids 12 and under get in for just $10 (with a paying adult) for the Ally 400 NASCAR Cup Series race on Sunday. For Nashville Superspeedway ticket information visit NashvilleSuperSpeedway.com or call 866-RACE-TIX for details.