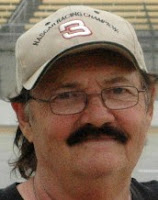 Around the NASCAR Garage this Week

Lot’s of news and hot rumors out of Sonoma over the weekend:

Savoring his win as an owner, Richard Petty let it be known that Richard Petty Motorsports relationship with Dodge may be ‘on the rocks’. despite the comments by Roger Penske about Dodge’s payments to his organization, Petty made it clear that RPM is lacking in support payments. Talk among the RPM folks is that the have only limited parts available for the new engine and that at least the 9 car of Kasey Kahne may be sporting the Toyota nameplate within a couple of weeks. Seems that only the 43 car is assured of remaining a Dodge for the rest of the season. RPM has filed a lawsuit for the late payments and the brand change may hang on a quick settlement.

Richard Childress has not been quite about his late payments from General Motors Chevrolet brand. With the current economic climate even RCR has sponsor concerns. As of now, only Clint Bowyer and Jeff Burton’s teams are safe for 2010. Casey Mears may not be a highly sought after driver, but surely Kevin Harvick would be. With his current Camping World Truck and Nationwide series programs, the chance of Harvick following in Tony Stewarts steps is not a stretch.

Jack Roush is still ducking the questions about his plan to deal with Nascar’s 4 team limit for 2010, but Geoff Smith has stated that moving a team to Yates racing would be an easy fix. Look for Jamie McMurray to be making the move.

Sights and Sounds from Milwaukee:

Last week the rumblings in the Nationwide garage centered on GM’s announced cutbacks in support of the series. This week, word has leaked that Toyota is considering following the lead of Dodge, Ford and now GM and cut back on the TRD support for both the Truck and Nationwide series. This may not affect some of the smaller teams, but is sure to impact organizations such as Joe Gibbs Racing, Michael Waltrip Racing and Germain racing.

Again this week the Camping World truck series failed to attract a full field, if Toyota pulls the plug on the series it could be doomed soon. Time for Nascar to start brainstorming ways to fix them.

No word yet on the rumored meeting that Nascar was supposed to have last week with Nationwide team owners. In addition to the rumored body change, it appears there is now talk of a ‘Crate Motor” program for both Nationwide and the Truck Series. This has been a great idea at lower levels of racing and has proven to be a great cost cutting measure.