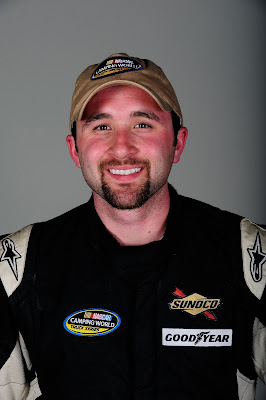 To most casual NASCAR fans, the name Brent Raymer is far from a household name. Raymer was never a front-runner in the Camping World Truck Series. Raymer was never in the Top 10 at the end of any races. But his plight and struggle won many admirers over the course of the past few years in NASCAR. Although Raymer’s family-owned team did not have any real noticeable corporate backing, still they pressed on and last year, that persistence paid off with a more than respectable 19th place finish in the final points standings. The finish would have most certainly been higher in the standings had Raymer not been forced to start and park in a number of events due to a lack of trucks. But Brent Raymer had managed for the past few years to make an impossible dream possible.

Fast forward to Thursday, when the news that no team ever wants to announce was leaked out to the media. Brent Raymer, after selling his 2010 owner points to Richard Childress Racing’s second truck entry (Joey Coulter’s #22) and failing to qualify for the first two events of the year, plus the lack of a big-budget sponsor, finally sent one of the last bastions of the Ford Camping World Truck Series program by the way-side, at least temporarily. With Raymer’s team now suspending operations, this just leaves Chase Mattioli’s first-year team and the Mittler Brothers part-time Truck Series effort as the last Ford truck teams left standing. While it’s sad to see any team close up shop or suspend operations, it’s especially sad to see a driver who had constantly defied all odds against him and his family have to give up his dream, even temporarily.

But this is more than the potential end of Brent Raymer’s team, this is the beginning of the end of an American dream, where unknown neophytes can fight all odds and compete with some of the more well-funded organizations on a consistent basis. However, all hope is not entirely lost, as family-operated teams such as Johanna Long’s Panhandle Motorsports team owned by her father and Jeremy Clements has been running more than admirably against teams with multiple times the budget that his team has in the Nationwide Series. But the possible end of the line for Raymer’s organization is an absolutely crushing blow for these family-backed organizations. It’s hard enough, as is, for anyone to break into the sport unless they have a loaded check-book anymore. But it’s increasingly difficult for these family-owned teams to fight against these mega-conglomerates such as Roush Fenway and Joe Gibbs Racing. And yet, some of them still press on.

Once upon a time, it was much easier for a family-run team to be consistently up to par as a team with ten times the funding. Fewer and fewer drivers each year are able to break into NASCAR and succeed, unless they have money backing them. Talent, too often, has been over-looked for drivers with rich relatives with minimal talent just to fatten the wallet of a NASCAR owner. While it can be construed as “the nature of the beast”, it’s not something that this journalist has to accept with a smile.

Maybe one day things will cycle back to talent, regardless of age, gender, race, or money, being the number one criteria for earning a NASCAR ride. But until then? Teams like Brent Raymer’s and Johanna Long’s will continue to fight long odds, trying to show prospective sponsors that with some money, maybe they too can be equal to the dominant teams of the Truck Series. Maybe someday, a prospective sponsor will recognize the abilities of a Jeremy Clements and give his family-owned team the backing to get to the next level. But until that day? We have to see the occasional team give up their dream because of a terrible sponsorship economy. And it is a truly terrible thing that people like the Raymers have to give up their dream. Hopefully we don’t have to see this happen too much more often.