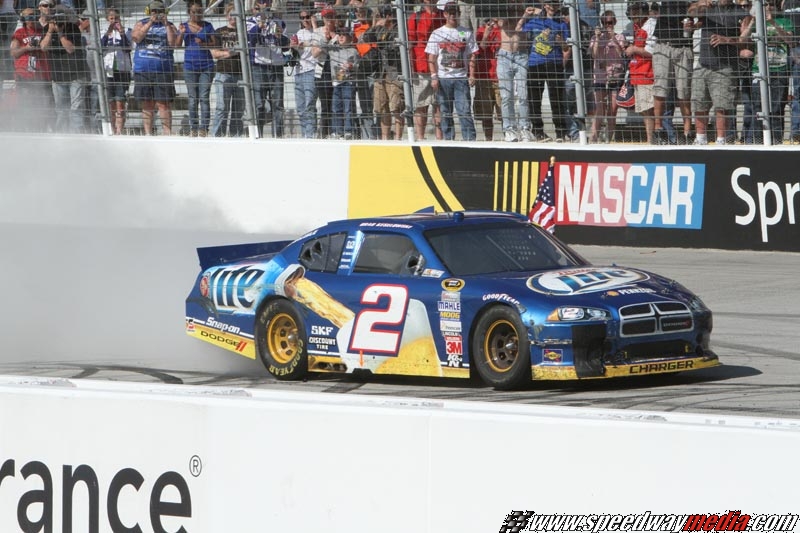 “I think we’re still waiting for a little bit of everything to stabilize,” Travis Geisler, Director of Competition for Penske Racing, says. “This is a pretty good push here at the beginning of the season. It’s kind of crazy. It’s kind of like nobody can really get into a rhythm because we’re kind of all over the place. You know I think things will definitely settle in here.”

So far this season has made for mixed results for Penske Racing with drivers Brad Keselowski and A.J. Allmendinger, who sits 12th and 20th in points respectively.

Keselowski has had a pretty solid start to the season as he scored a win at Bristol.

“I think the 2 car guys have picked up where they’ve left off and have had really good speed everywhere we’ve been,” he says.

Geisler has confidence that Keselowski can make the Chase for another season. He says the win gives the team some calmness, but it’s still not easy.

“It’s very difficult to make the Chase, but I do feel like that if you come out and you really put your act together, you will make the Chase even if you don’t have a perfect season,” he says. “Used to take a really, really good, solid, perfect season to get in that thing and now with the Wild Card thing that Brad used last year to get in, there’s a good chance that if you really just get on a hot streak, you can get yourself into it. Obviously, we’d rather make it on points so that you get your bonus points for the wins that you have and be able to be in a better spot. That’s something that we felt hurt the 2 car last year. Going in with three wins, we would have been in a really nice spot, bonus spot wise.”

Meanwhile, team newcomer Allmendinger scored his best Sprint Cup career finish at Martinsville by finishing second. Part of getting things rolling with Allmendinger has been about working on the relationship between him and crew chief Todd Gordon.

Geisler adds that it’s not as easy to make a quick transition and run well due to how tough the Sprint Cup Series is.

“I think the good thing is they’ve had some really good speed and as long as you can find speed, you’ll smooth out getting through the races and getting things ironed out to where you don’t have issues,” Geisler continues.

Looking at things overall, Geisler is happy with where they are at.

“I think this point in the season last year, we were much farther behind than what we are now, maybe not from a point’s position as much as overall performance position,” he says.