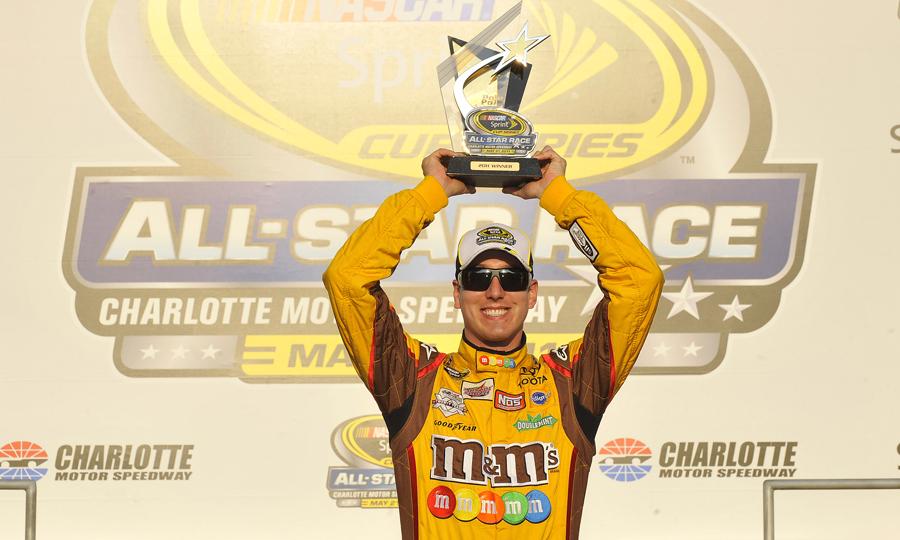 CHARLOTTE, N.C. – Kyle Busch will lead the field to the green flag in the 28th annual Sprint All-Star Race at Charlotte Motor Speedway.

Busch, who has started on the pole twice before, including last year in the All-Star event, turned a fast lap of 119.112 seconds, which included four-tire stop.

“Overall, it was a real good day, so we’re looking forward to being able to carry on for tomorrow.”

However, starting on the pole might not be a good thing. In fact, winning the pole has proved to be a bit of a curse. The last pole winner to win the All-Star race was Davey Allison in 1992.

Newman, who will join Busch on the front row, was pretty happy after his All-Star qualifying run.

“It was the best I ever got to pit road during an All-Star qualifying session like that. Just really proud of the guys they had a good pit stop,” said Newman.

“I felt like everything was pretty clean. Our car has pretty good balance. We didn’t have a good practice session so hopefully the Tornados Chevrolet will be up front at the start and the finish of the All-Star Race.”

Biffle, the fastest Ford in Friday’s qualifying session, lost valuable time off of a pole run when he couldn’t get his car going on pit road after his stop.

“The car was pretty good on the track. I just couldn’t get going on pit road. I don’t know why. I practiced three times today and the car just spun going forward. I don’t know why it did that, but it did an that cost us a lot of time. Those are precious seconds almost ticking by when you can’t get going. We only missed the top by six-tenths, but it was pretty good time for us,” said Biffle.

The 28th annual All-Star Race is split of four 20-lap segments, and a final 10-lap shootout for a chance to win the 1-million dollar purse.