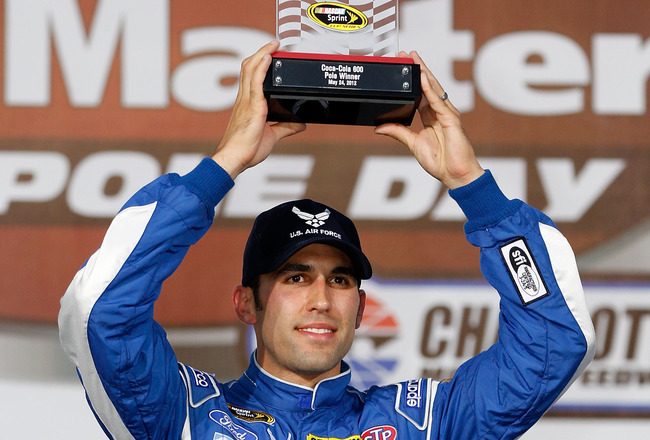 CONCORD, N.C. – As most would come to expect, this weekend marks one of the biggest auto racing weekends of the year, and one of the most famous names in motorsports will watch his cars start from the front row.

Richard Petty Motorsports driver, Aric Almirola, will start from the pole position alongside his teammate, Marcos Ambrose, in NASCAR’s longest event of the year – the Coca-Cola 600 on Sunday at Charlotte Motor Speedway.

For historical purposes, the last time the No. 43 car was on the pole for the Memorial Day race at Charlotte was in 1966.

“I’m driving the 43 car—probably the most iconic car in the history of our sport. … It’s a huge honor to be able to put the 43 car back on top of the board,” Almirola said. “To see it over there in victory lane and have our pictures taken (for the pole) is really cool. I know it’s only qualifying. We want to be able to do that after a race but that’s a start.”

The last time a Richard Petty Motorsports car sat on the pole was in November 2010 at Texas with Elliott Sadler.

“It really makes me feel good—our guys have been working hard for a long time and they finally got some recognition,” Petty said. “Everything came together.

“It was just kind of a deal from my standpoint that it shows what these guys have been doing has been right. … It is a confidence builder.”

Ambrose, who has yet to win a pole in his career, wasn’t disappointed after his front-row performance on Thursday.

“What a great day for Richard Petty and Richard Petty Motorsports,” Ambrose said. “We’re a two-car independent team trying to take it to the super teams.

“If you get beat by anyone, I guess you want to be beaten by your teammate.”

Kurt Busch crashed in qualifying and did not complete his lap. Because his team is in the top 35 in owner points, he will be in the race and start 42nd.