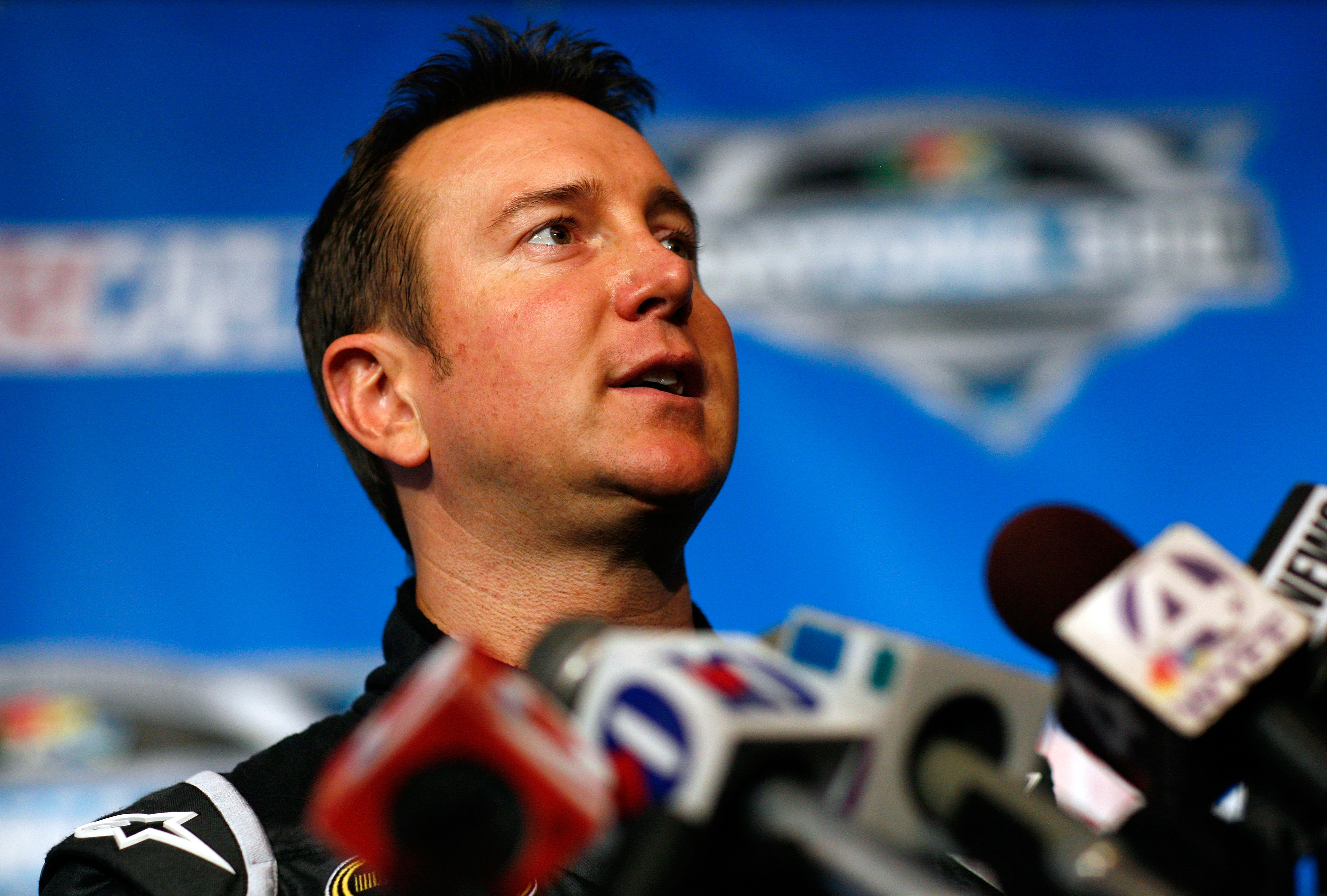 Phoenix Racing announced Tuesday afternoon that they are keeping Kurt Busch as their driver for the No.51 Chevrolet in the NASCAR Sprint Cup Series.

Busch, who was suspended by NASCAR one week ago for violating his probation after a Nationwide Series race at Dover, will race in Sunday’s Quicken Loans 400 at Michigan International Speedway Sunday.

“We have met w Kurt. At end of day, we are racers so we’re going racing together with Kurt and the No. 51 Phoenix Racing Chevrolet,” said James Finch, owner of Phoenix Racing, in a statement after Tuesday morning’s meeting between himself and the 2004 Cup Series champion.

“We know adjustments have to be made but how we fix that is between Kurt and myself.”

Busch has been among the center of controversy in NASCAR over the past six months. After parting ways from Penske Racing following an altercation with ESPN’s Dr. Jerry Punch, Busch moved to Phoenix Racing for the 2012 season to “put the fun back in racing.”

After the race at Darlington in May, Busch was placed on probation for a post-race altercation between himself and the crew of Ryan Newman’s No.39 team.

Two weeks later at Dover International Speedway, Busch was involved in what appeared to be a heated post-race discussion with Nationwide Series driver, Justin Allgaier about an incident on-track late in the race.

Busch then made threatening comments to  SportingNews reporter Bob Pockrass during an interview on pit road post-race.

The following Monday, Busch was suspended by NASCAR through June 13, and his probation was extended until December 31. Busch did not race Sunday’s Pocono 400. David Reutimann filled the seat of the No.51 Chevrolet.

During a segment of Speed’s NASCAR RaceHub last Tuesday, it was reported that Busch had crashed 14 race cars during the first 13 races of the Cup Series season, leaving some of the cars beyond repair.

Phoenix Racing was hopeful of drawing a sponsor with the high-profile Busch coming to the team but have yet to land significant sponsorship for the team.

“We’re going to go to track, work hard, race hard & working trying to attract a sponsor,” said Finch. “And we’re going to do that together.”