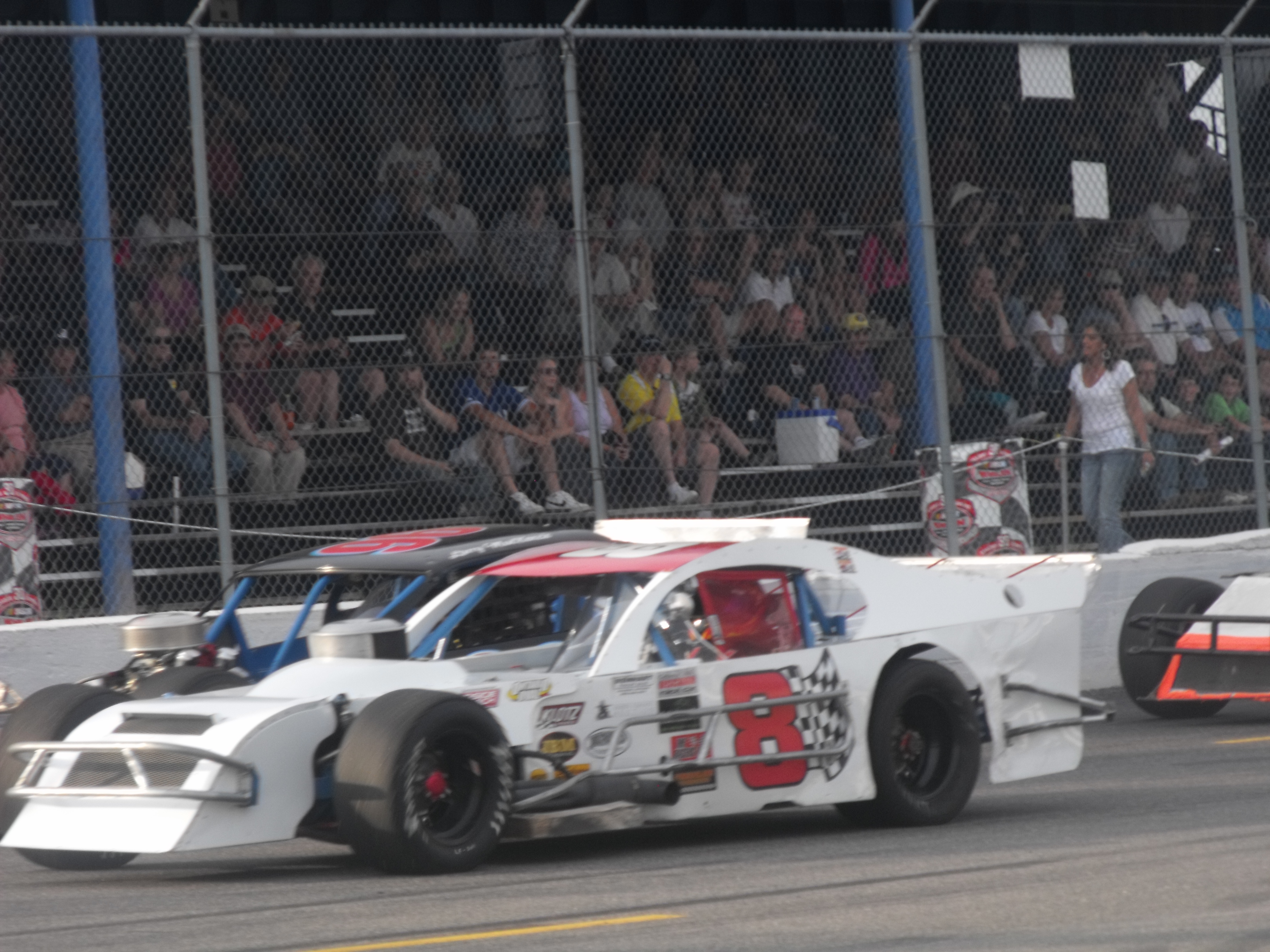 In the second ever event for the OSCAAR Modifieds, Gary McLean made it clear that he is going to be the one to beat this year as he scored his second straight feature win, pulling off the first series hat trick.

The night didn’t start without incident as there’d be a wreck in the first heat with Adam Adams spinning Larry Mackenzie and Dave Terry spinning behind them. In the end, Gary McLean would come home with the win, followed by John Gruntz, Chris Burrows, Mackenzie and Rob Fennema.

In the second heat, there’d be another incident as Bill Burrows would spin, collecting Tim Burke while Dave Burrows spun after, trying to avoid them. It’d be a McLean sweep of the opening heats as Brent McLean would take the win, followed by Steve Smith, Matt Barton, Dave Burrows, Brandon Crumbie and Bill Burrows.

In the third heat, there’d be problems right off the bat as Chris Burrows would run into mechanical problems. Then on lap three, Dean Scott would get into the turn four wall. Gary McLean would get his second win of the night, followed by Mackenzie, Terry, Gruntz, Adams and Fennema.

In the fourth and final heat, there’d be one incident as Smith would spin while racing with Brent McLean. Barton would go on for the win, followed by Brent McLean, Burke, Smith, Dave Burrows, Crumbie and Bill Burrows.

In the feature, Gary McLean would start on the pole virtue of his pair of heat wins, followed by Brent McLean, Larry Mackenzie, Steve Smith, Dave Burrows and Matt Barton.

There’d be trouble right away as Dave Burrows would run into problems and while trying to get to pit road, he caused a chain reaction collision that collected John Gruntz, Chris Burrows, Brandon Crumbie, Adam Adams and Bill Burrows. They’d be all be able to continue, now at the back of the field.

The second caution would come out on lap 10 for the lap down car of Rob Fennema making contact with Smith, collecting Brent McLean. At this point a third of the way through, Gary McLean led, followed by Barton and Mackenzie. Gruntz and Crumbie had made their way back to fourth and fifth after their lap one incident. There’d be a lengthy red flag at this point due to a medical emergency in the pits, pausing the race for 45 minutes. With the problem cleared, the race started back up.

The rest of the race wouldn’t go problem free as with eight laps to go, Burke would spin Terry and Terry would get hit hard by Bill Burrows. Both drivers would be okay, but unable to continue for the rest of the event. At this point, Gary McLean still led over Barton while Crumbie and Gruntz had both made their way around Mackenzie.

The next race for the OSCAAR Modifieds is June 30th at Sunset Speedway in Innisfil, Ontario.