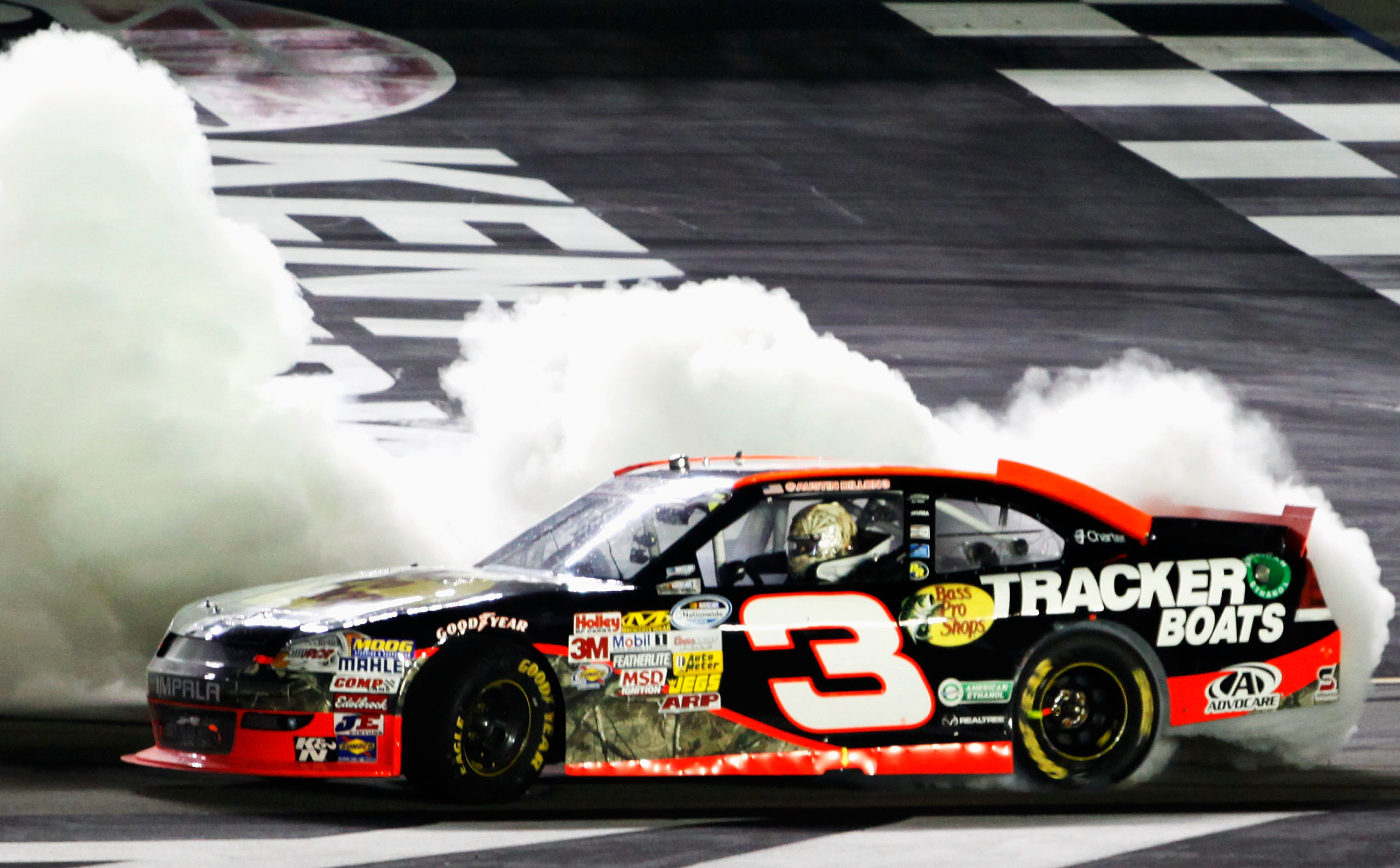 The only thing that Austin Dillon didn’t win on Friday at Kentucky Speedway was the NASCAR Sprint Cup Series pole.

He didn’t win that because he wasn’t entered in the Sprint Cup series this weekend. Although it seemed his Nationwide Series car was fast enough that it may have been able to qualify on time for the Cup series race tomorrow night.

Dillon grabbed the pole for the Feed the Children 300 earlier on Friday evening and from then on he never looked back.

“Domination man,” Dillon said to ESPN2 reporters in victory lane. “It’s so much fun to come to the track with a group of racers.”

Only eight of the 200 laps weren’t led by Dillon.

The closest Dillon came to losing the lead, and the chance to win the race, was with 60 laps to go when the final restart came.

Dillon who had been strong on the restarts all night long, had another strong start, but so did the rest of the field. Heading towards turn one, Dillon, Kurt Busch and Justin Allgaier all were side by side. But as they entered the corner and started to round turn two, Dillon had pulled away, again.

With the laps winding down, the only thing that caught up to Dillon was a hot dog wrapper that blew onto his grille, but even that wasn’t enough to slow down the No. 3 Richard Childress Racing Chevrolet, if anything it made him faster over the final 15 laps.

By the time Dillon crossed the finish line, he had a nine second lead over second place Busch.

Even though it looked easy, Dillon said he had to adjust on the car all night.

“I was loose the whole race,” Dillon said. “That last adjustment [Stockman Jr.] tightened the car up and I just took off.”

In his win, Dillon broke a track record, previously held by Carl Edwards in leading the most laps at  Kentucky. Dillon led 192 of the laps breaking the previous record record of 150 laps led.

For the first time since 2007, Dillon became the first rookie that is racing the full season to win in the Nationwide series.

Dillon recorded a perfect driver rating for the race.

“[This win] it’s right up there with the top of them,” Richard Childress said to ESPN2 crews after the race on seeing his grandson get his first win in the Nationwide series.

Not only did Dillon take the first win of his Nationwide career, he took the points lead for the first time in the season as well.

Before the race Elliott Sadler held the points lead, but thanks to the near perfect night for Dillon he now leads the points by two over Sadler.

Rounding out the top five tonight were Kevin Harvick in third, Michael Annett in fourth and Allgaier in fifth.

Although his car was fast all night, and he won the race, Dillon’s car was found to be too low in post race inspection, penalties won’t be announced until Tuesday, and the race win still stands.

Next week the series will go to Daytona for the second time this season.