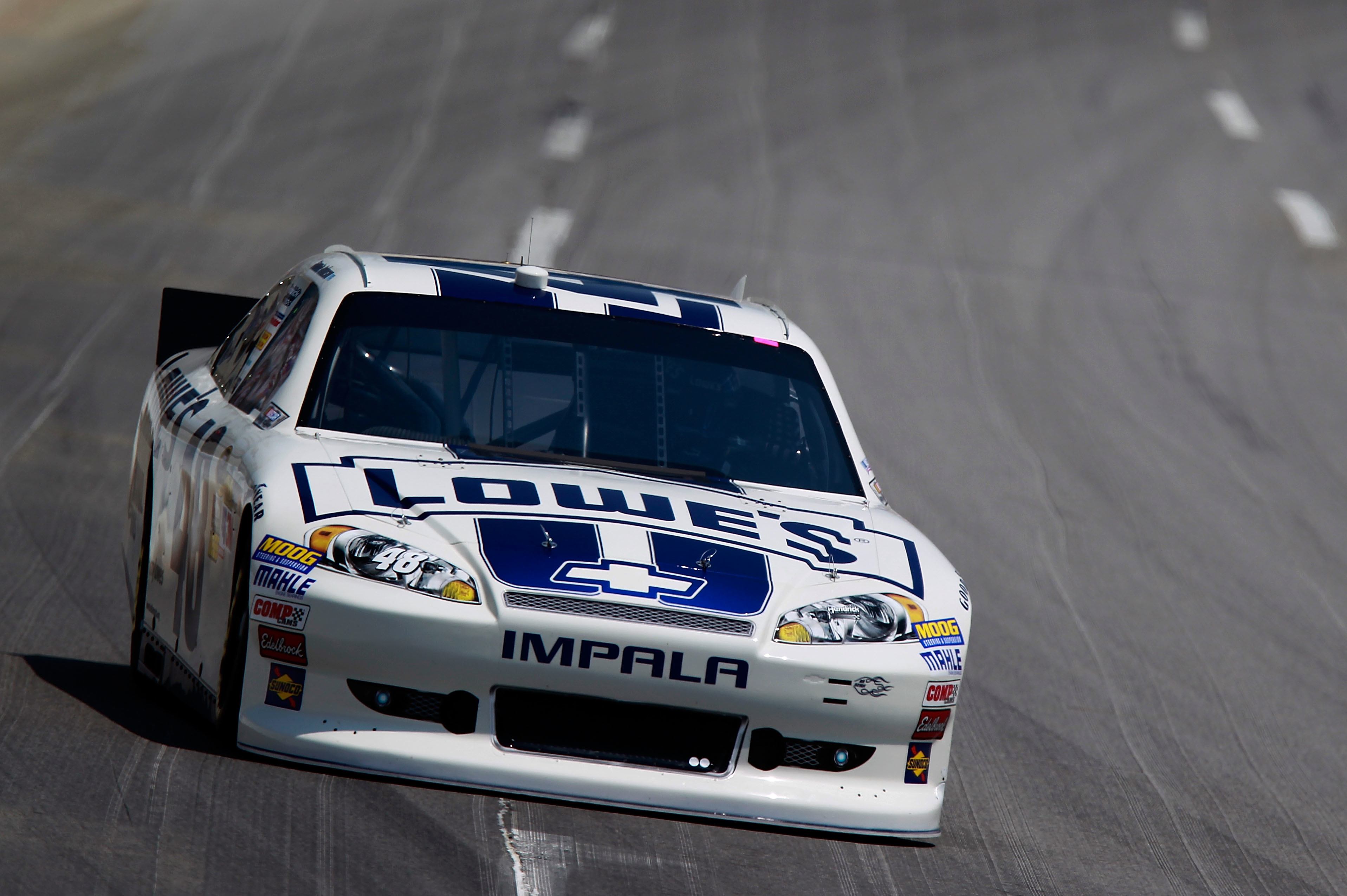 Jimmie Johnson hasn’t had a pole in the Sprint Cup Series since September,2010 at Dover International Speedway.

That changed Friday when Johnson took the pole for Saturday night’s Quaker State 400 at the Kentucky Speedway.

With his lap of 181.818 mph, Johnson became the first driver to record a pole-winning lap in a Cup car at Kentucky after last year’s session was rained out.

“Very comfortable lap,” said Johnson to the Speed crew’s after he won the pole. “Very good lap. Qualifying has not been our strong suite over the last two years.

“I haven’t been off the ground in quite some time, and there’s a huge jump below the race track on the apron just past the start/finish line.

“My Chevy’s bad fast, and I’m looking forward to the race.”

Although Johnson has 57 career Sprint Cup wins to his credit, there are five tracks where he has yet to take the checkered flag first at. Kentucky Speedway is one of them.

“I’ve had a lot of crashes here over the years,” Johnson continued. “We used to test here a lot back in the day and turns three and four have taken quite a few 48 race cars.

“So to run well last year was really good for me, and I came back with a lot of confidence.

“I think we’re on the right track now.”

The qualifying session was halted midway through due to high wind gusts at the speedway, causing fans to evacuate the grandstands for safety concerns.

Once the session resumed, speeds picked up and the starting field for the Quaker State 400 was set.

Starting alongside Johnson is the driver who won the inaugural race one year ago, Kyle Busch.

Mike Skinner and J.J. Yeley were the two drivers to miss the field of 43 for the race.