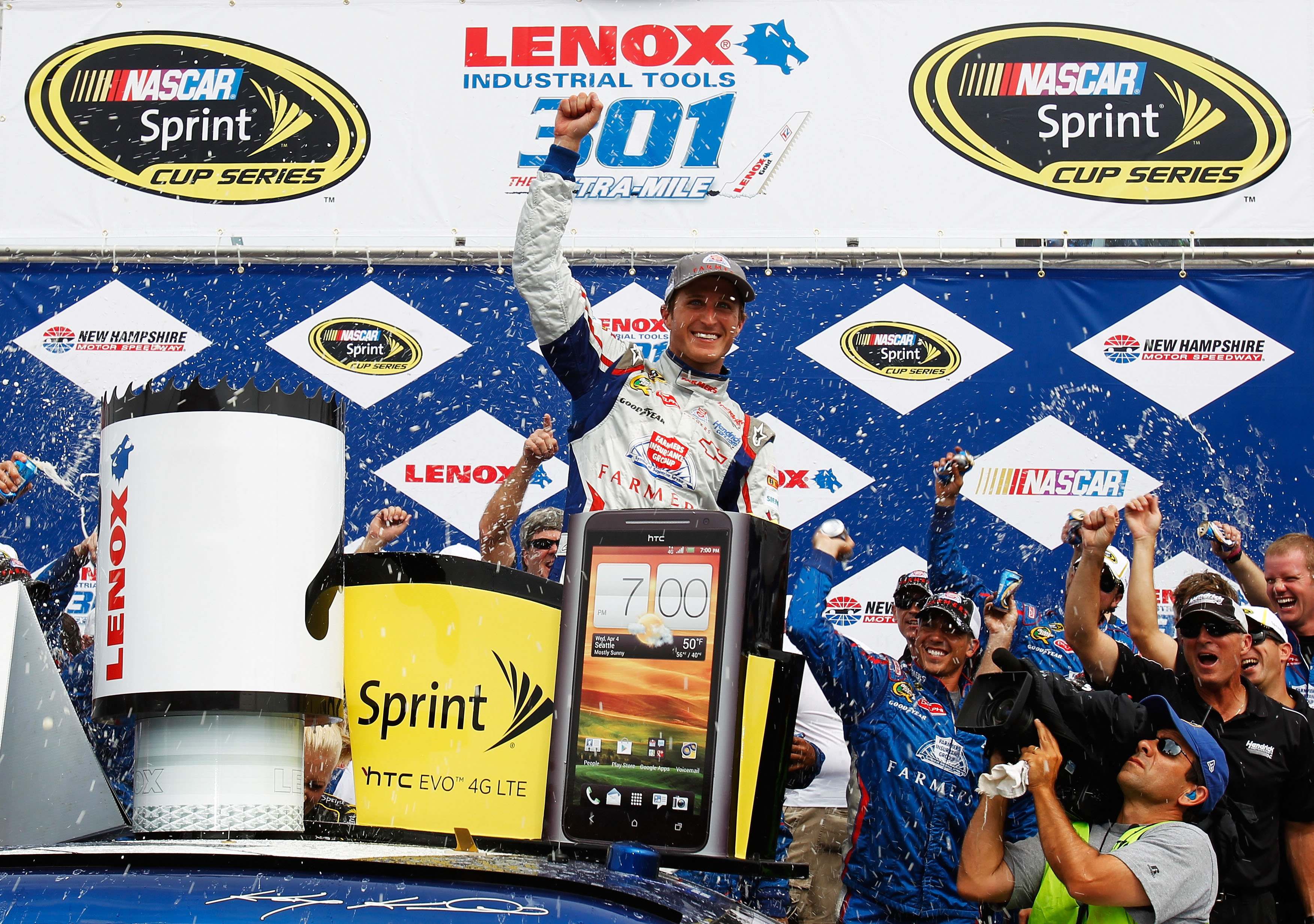 If there’s been a common theme to racing this weekend, it’s that lapped traffic can be a pain to navigate.

But, a  mis-communication on pit road late in the race is even more difficult.

After starting the race from the third position, Denny Hamlin passed his Joe Gibbs Racing teammate, Kyle Busch, for the lead.

From there, Hamlin asserted himself as the dominant car, leading a race-high 150 of the 301 laps.

When the final caution of the race fell on lap 235, the race took a turn for the worse for Hamlin.

A confusing radio transmission between Hamlin and his crew chief, Darien Grubb, on the final pit stop of the race resulted in Hamlin taking four-tires, while the majority of the field took two-tires.

On the restart with 61 laps to go, Kasey Kahne was the leader,while  Hamlin restarted  back in the thirteenth position.

“When I restarted the race, I knew if I didn’t make any mistakes it was my race to get out front,” said Kahne. “Denny was pitted right in front of me.Came in in-front of me.

“As they dropped their right-side jack,right before we dropped ours, they started jacking up his left side.

“I left the pits I looked in my mirror and they was tons of cars coming out on two, so I knew we’d have a big gap to buy us some time.”

Even with a drive through the field in which Hamlin climbed to the second position in the closing laps, he wasn’t able to run-down Kahne through the traffic who would go on to win Sunday’s LENOX Industrial Tools 301 at New Hampshire Motor Speedway.

“You pretty much know your chances are winning are pretty much taken away if there’s no cautions,” said Hamlin post-race. “That would have been the right call if we would have had one caution somewhere in the mix.

“We would still be sitting in victory lane if we had any cautions in those last 75-laps. Just all the stars aligned today where it just wasn’t meant to be for us.

“As hard as it is to keep your emotions in check, you just got to take it in stride and just realize there’s nothing after you pull out on pit road and go out on the race track, there’s nothing you can do about it.”

With the win at New Hampshire, Kahne is holds the first wildcard spot for the race to the Chase, ahead of JGR teammates, Kyle Busch and Joey Logano, with eight races until the Chase.

“Two (wins) helps, but three would put you in a real good spot, so we’re going to stay after it,” said Kahne. “We have some real good tracks coming up and I like my car a lot so I think we’re in good shape.”

After running mid-pack most of the race and finishing outside the top-1o in thirteenth, Matt Kenseth leads the championship standings by 16 points over Dale Earnhardt Jr.

Next up for the Sprint Cup Series is the Indianapolis Motor Speedway for the nineteenth running of the Crown Royal 400 at the Brickyard.