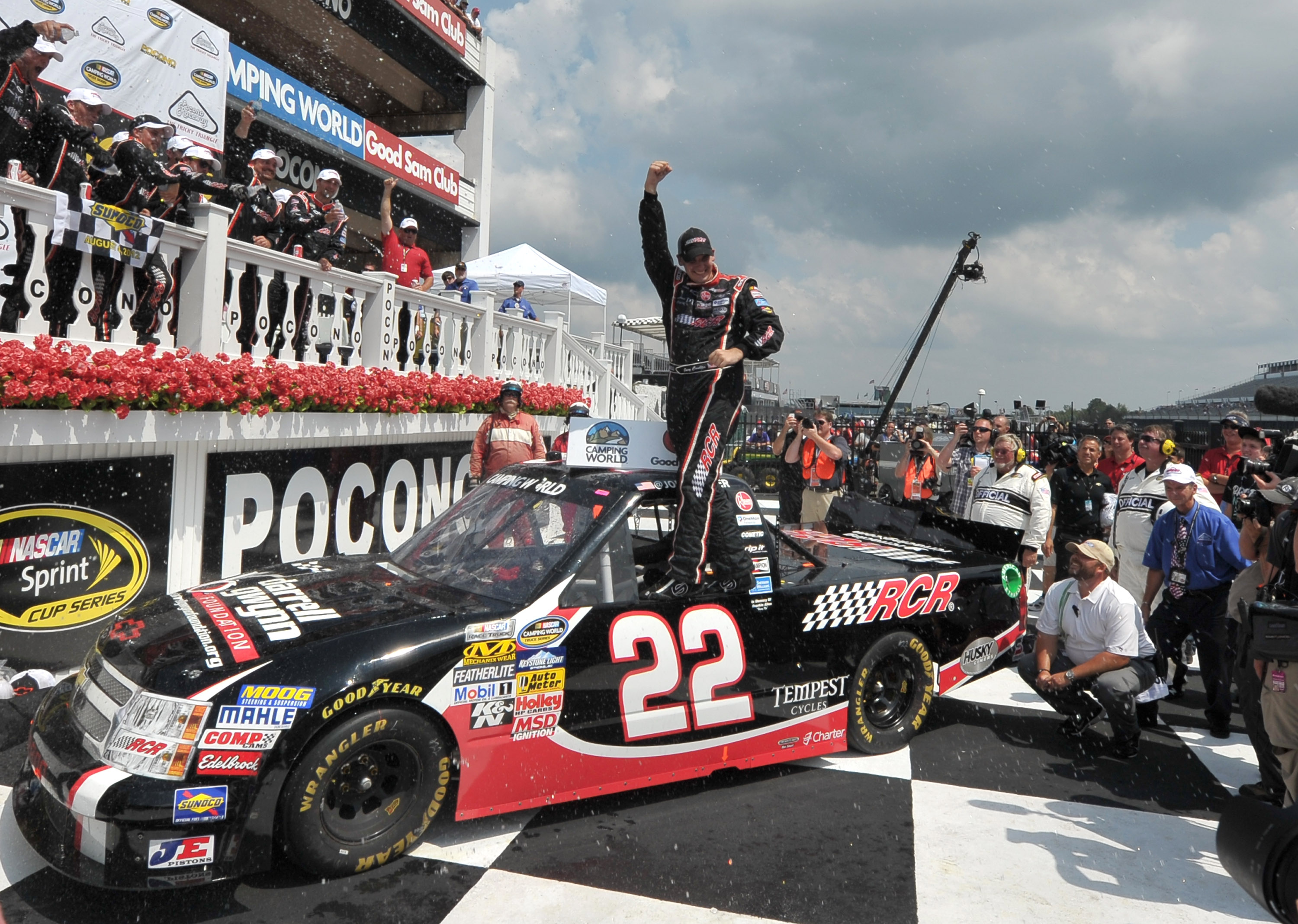 For the better part of a year, Joey Coulter has been in contention for winning races in the Truck Series.

After taking the rookie of the year crown in one of the most highly contested crop of rookies in recent years, expectations for Coulter and his Richard Childress Racing team in 2012.

Coulter’s year started off with a bang, but not the way he envisioned it when he went flying into the catch-fence in the season opening race at Daytona,Fla.

As of late, Coulter and team started to find success with recent top-five and top-10 finishes and climbing to eighth in the standing’s before Saturday’s race at Pocono Raceway.

Leading only six of the of the 50 laps, Coulter was able to take the lead on a late-race restart to grab his first career Truck Series victory.

“The whole time I’ve been racing stock cars I’ve seemed to struggle with restarts,” said the Coulter in victory lane.

“I’ve probably put more time into that than just about anything.

For Coulter’s team, Richard Childress Racing, Saturday’s trip to victory lane is the first since Austin Dillon won at Chicagoland Speedway in September, 2011.

“Joey has had a really, really fast truck the past two seasons but has had some misfortune that has kept him out of the winner’s circle,” said Coulter’s truck owner, Richard Childress.

“I’m really happy for his family, they’re at every race pulling for him.”

During the closing stages of the race, the battle for the 2012 Truck Series championship tightened up after points leader Timothy Peters was involved in a crash while running inside the top-five.

Despite the wreck, Peters remains the points leader heading into the next race at Michigan International Speedway on August,18.

“We had a bad day, but we made the best of it,” said Peters. “We didn’t fall out, so that’s a good thing. We knew it was coming. We just hope this is only one-of-one.”

Peters holds an eight point lead over Ty Dillon. The top-six drivers in the standings are all within 35 points of the lead heading to Michigan in two weeks.