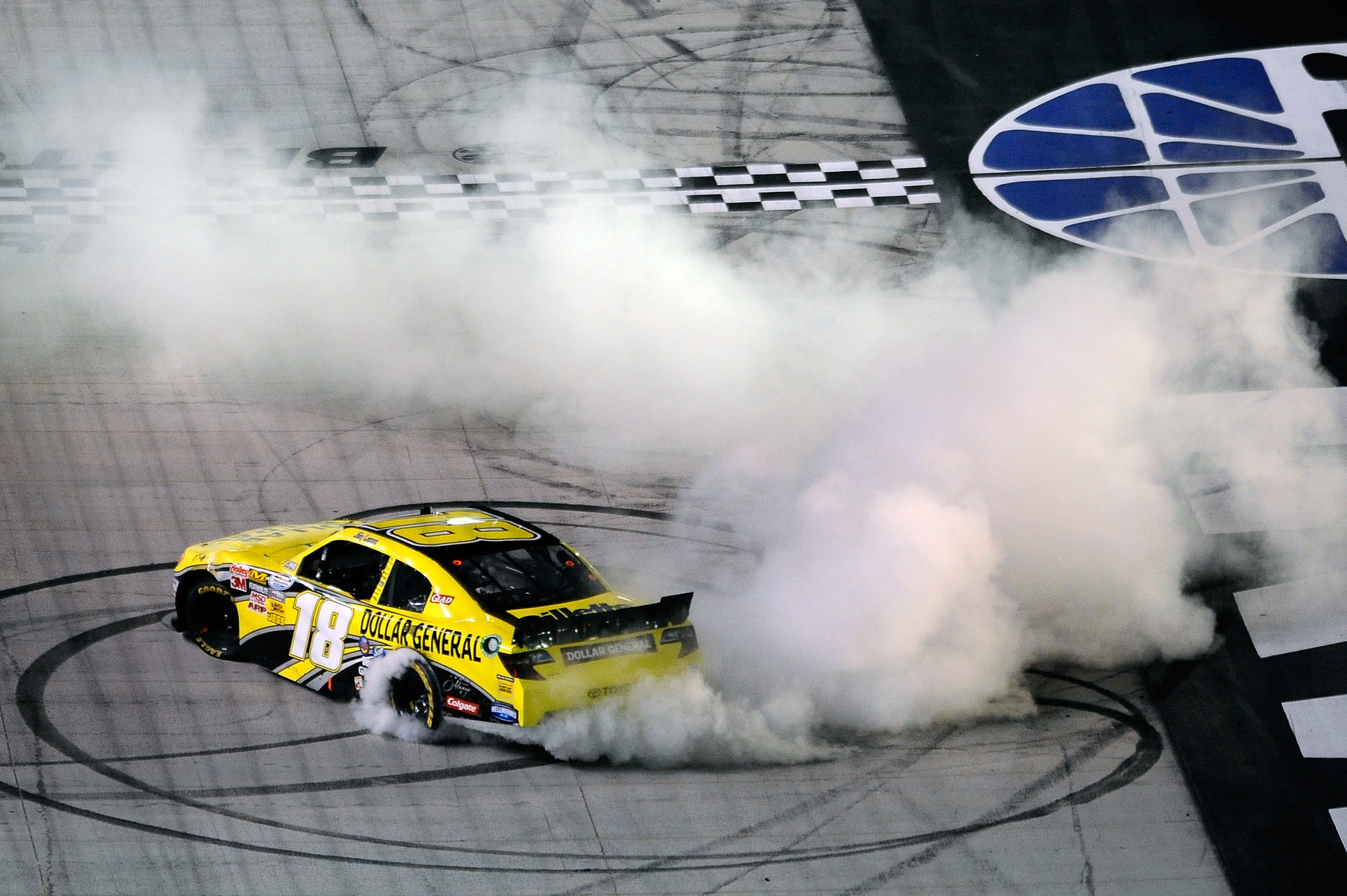 If anyone was going to beat Kevin Harvick Friday it was going to take a mistake by Harvick or his crew, or a car that was strong on the long runs.

As it turned out, both happened.

He still had to battle, and survive, two restarts, but his biggest competition in the race was back in the pack, after Harvick ran out of fuel dropping him deep in the pack and costing him a lap. With Harvick back in the pack, Logano had to survive a restart and challenge from early race leader, Ricky Stenhouse Jr.

” I knew my car was good on the long runs, but not that great at the short runs,” Joey Logano told Performance Racing Network reporters from victory lane. ” Hated seeing all those cautions.”

The restart with 15 to go was Lagono’s biggest challenge next, but he was able to pull away from Stenhouse and lead the laps until a melee of three cars got jumbled up in turns one and two bringing out the ninth and final caution of the night.

Once again Logano would have to survive a restart, but this time the second and third place cars would take care of themselves, handing the victory, the sixth of this season in the NASCAR Nationwide Series to Lagono. It’s the first time that Logano has won at Bristol in his NNS career.

“It’s about time,” Lagono said about getting the race win. “We’ve led the most laps here a few times.”

While he was finally able to run down Harvick on the track, the two put on quite the battle for almost 50 laps during the last quarter of the race.

Harvick led the most laps, on the night at 98 and for most of the race, no one was able to run down the No. 33 Richard Childress Racing Chevrolet. Then came Logano.

Logano was able to make up for lost time from an early pit stop when he got off sequence from the other drivers and work his way through traffic and eventually found himself knocking on the door of Harvick.

Harvick was working his way through lapped traffic when Logano finally got to his door. It seemed that Logano might be able to make an easy pass on Harvick, but instead, an easy pass turned into a long duel.

Logano would pull on the bottom and be nose to nose to Harvick in the corners, but Harvick used the high side, kept momentum up and pulled away from the No. 18 Toyota lap after lap.  The battle between the two cup stars just would not go away. Logano caught up in the corners only to have Harvick pull away in the straits.

It was racing, good old fashioned, clean racing. The only way that Logano might be able to make a pass was if he used an old fashioned method, stick the leader behind a slower car.

“Had a lot of fun,” Logano said about the race to PRN reporters. “[I] worked the lapped traffic pretty good.”

Early on in the race it seemed that the winner might be the car that survived the cautions and not who necessarily had the fastest car. The first caution flew on lap six, when Justin Allgaier hit the wall several times. That was followed on lap 27 when the No. 4 car brought out the caution.

From laps 37 to 63 the caution was brought out three more times, twice for wrecks and once for debris. After that the cautions died down a bit, as the action was picking up on the track.

Even though Harvick took control of the race in the latter part, for most of the first half of the race, the car to beat was the No. 6 Ford of Stenhouse or the No. 18 of Logano.

“It means a lot to win here, it means a lot,” Logano said about his first victory in NASCAR at the famous half-mile that is Bristol Motor Speedway.

In the points battle, Sadler lost a little bit of ground when he tried to pass Stenhouse late for second, but got loose and fell back, he now leads by 19 points over Stenhouse.

Next week the series will move onto Atlanta.