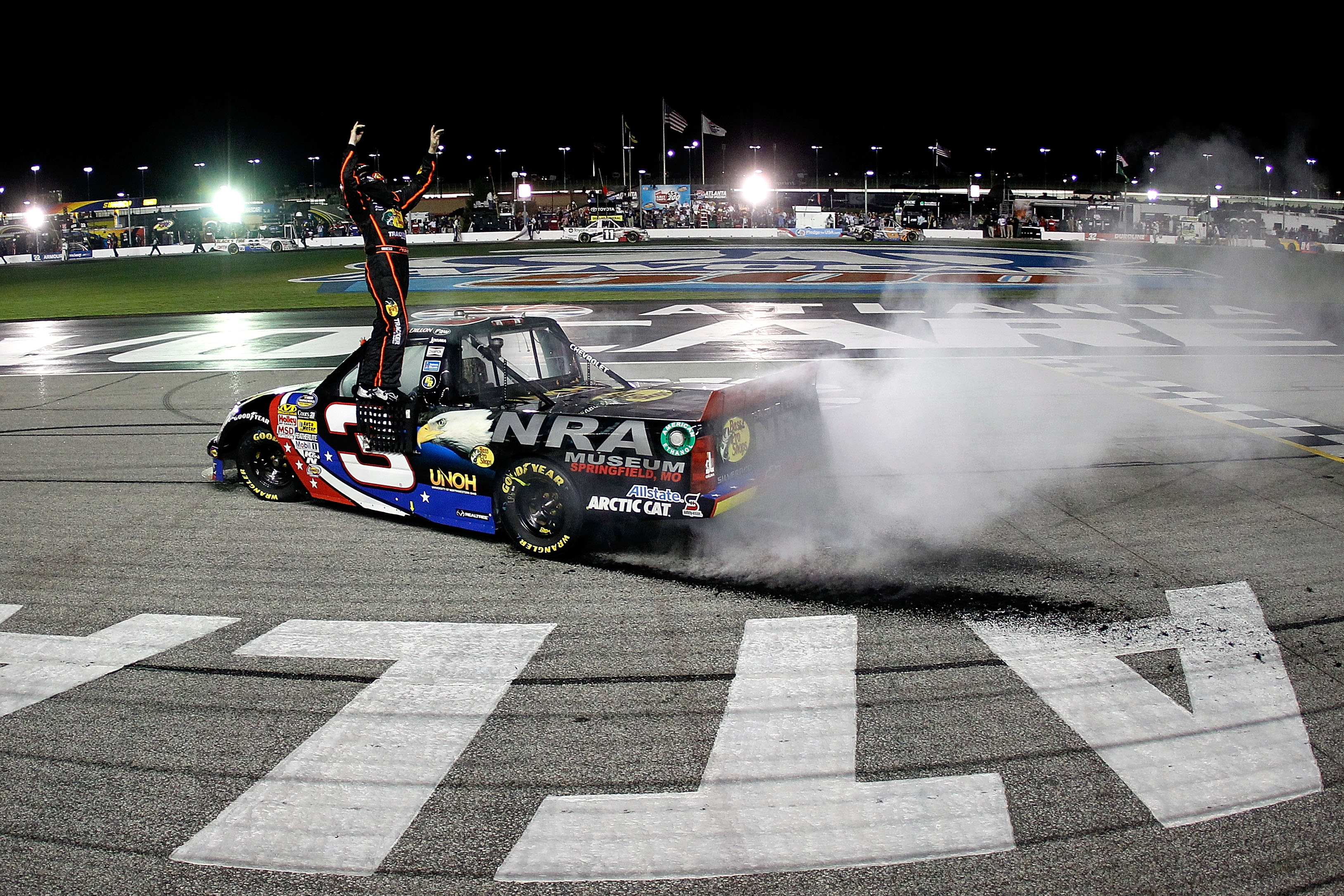 After the disappointment on the final restart at Bristol a week ago which resulted in the worst career finish for Ty Dillon in the Truck Series, he and his No.3 team bounced back by winning the pole for Friday night’s race at Atlanta Motor Speedway.

From the drop of the green flag, the Dillon’s truck proved to be one of the strongest in the field, taking the lead from Kyle Busch for the first time on lap 10.

After the race’s first caution, Dillon was passed for the lead on restart after his crew kept him in the lead off pit road.

Even when he wasn’t in the lead, Dillon was able to keep the leaders in sight, ready to strike at any moment.

During the race’s long green-flag run, Dillon’s crew had an issue on what looked to be the final pit stop of the race, causing him to cycle back in the fourth position before being able to race his way up to third.

Through all this, Busch was sailing away to possibly his fifth win in the Truck Series at Atlanta Motor Speedway.

But, a caution for debris with under 30 laps to go created one last round of pit stops.

Much as they did the entire night, Dillon’s crew pulled off a solid stop, getting their driver off pit road with the lead ahead of Busch.

Getting the jump on the restart, Busch grew his lead to over one second over Dillon with 10 laps remaining.

Slowly chipping away at the lead, Dillon was turning lap times faster than the leader, Busch, but looked to be running out of time.

As handling issues factored in for the No.18, Dillon used momentum off the fourth turn to take the lead in turn two with six laps to go.

“It’s amazing. My guys are awesome, can’t say enough about them. Amazing night,” said an overjoyed Dillon in victory lane after receiving congratulations for his brother, Austin, and grandfather/truck owner, Richard Childress.

“Gotta thank the Lord. If that last caution didn’t come out we wouldn’t have made it on fuel again.”

Dillon lead the race on five different occasions for a total of 40 laps, none more so gratifying than the last six en route to the checkered flag.

“I’m so happy. For how hard we’ve worked, it’s our rookie year and we’re battling for this championship, our team doesn’t give up.

“Man, I’m just so happy and so excited. I finally won a NASCAR race. It’s been my whole life and to finally do it means so much.”

Next up for the Truck Series is a return trip to the Iowa (Newton) Speedway on September 15th.