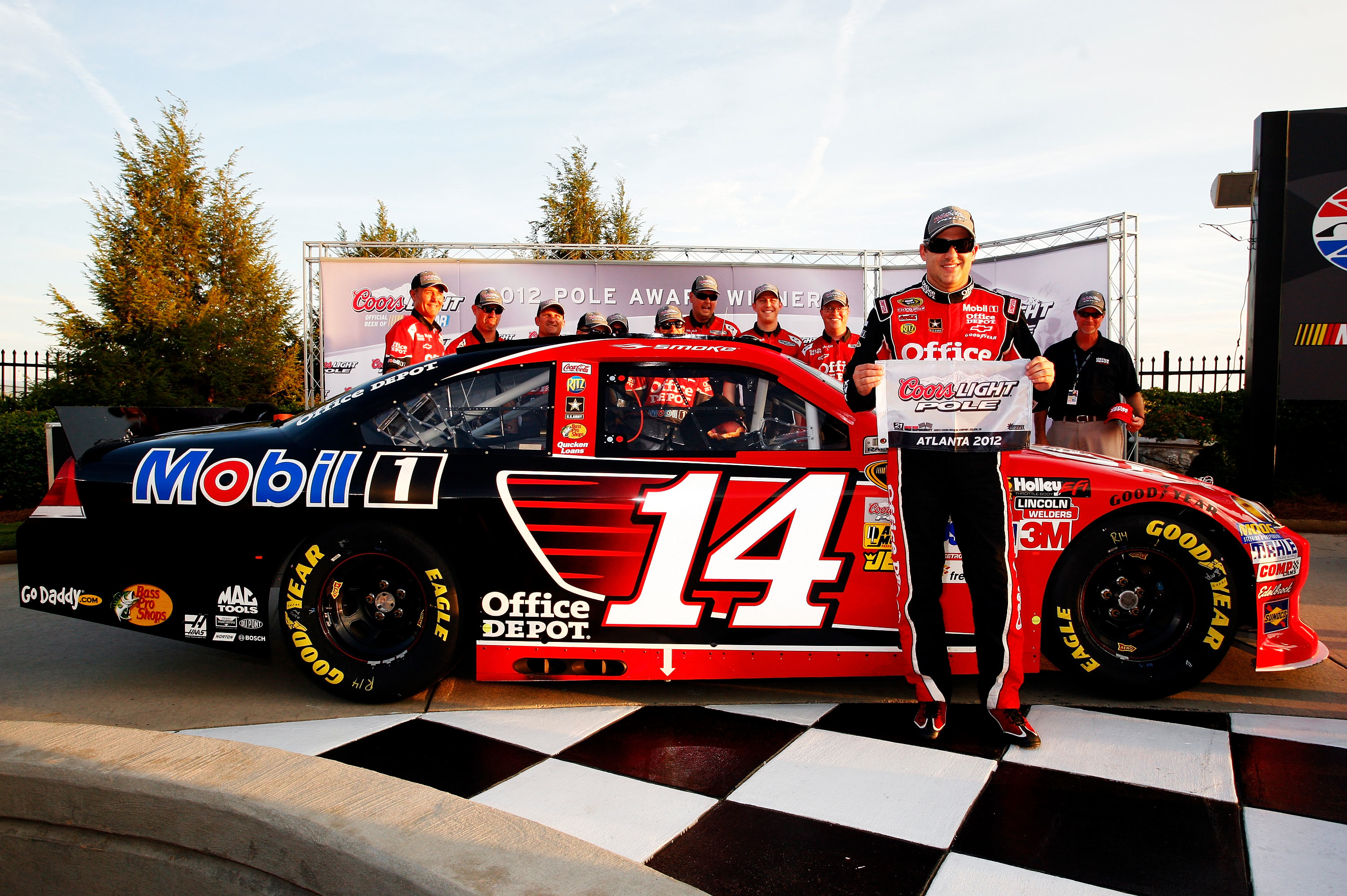 From the frustrations of Bristol, Tony Stewart sure has come back swinging in Atlanta.

For the first time in the 2012 season, Stewart will start on the pole after taking the top spot in qualifying for Sunday’s AdvoCare 500 at Atlanta Motor Speedway.

Stewart, who was the second-to-last car to take time in the session, won the pole with an unconventional flying lap around the top-side of the 1.5-mile speedway.

“I guess it’s proof that all those nights that we show up at Eldora (Ohio) late and have to get in the car with no practice and have to run around the top pays off,” said Stewart after his qualifying lap.

“That lap is 100 percent due to Ryan Newman. He walked back down and helped us before we went out and said, ‘There’s a ton of grip up there (high side of the track), you just gotta do it’.

The pole marks the first time in Stewart’s career he has one a pole at Atlanta Motor Speedway where he is a multi-time race winner with his most recent victory coming in September, 2010.

“I was having a hard time convincing myself what I was going to be. He goes, ‘Definetly run it on the out lap in (turns) three and four, and from there to the start finish line you can make your decision.’

“It’s about two-and-one-half seconds to the start finish line. If it weren’t for him we wouldn’t be on the pole probably.”

While Stewart was strong, the fan favorite Dale Earnhardt Jr. was anything but.

After struggling in the only Sprint Cup practice earlier in the day, Earnhardt Jr. was only able to qualify his No.88 in the 35th position for Sunday night’s race.

From posting the 42nd fastest time in practice in the afternoon, Danica Patrick didn’t expect much out of her qualifying effort.