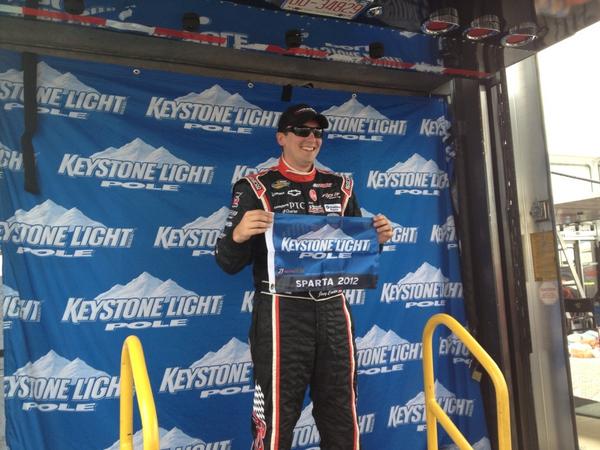 For the second time in 2012, Joey Coutler has won a pole in the NASCAR Camping World Truck Series

With his previous pole coming at Michigan (Brooklyn) International Speedway back in August, Coulter took the top-spot in qualifying for Friday night’s Kentucky 201 at Kentucky Speedway.

After a lap circling the 1.5-mile speedway at 176.488 mph, Coulter earned his second career pole in 41 starts in the Truck Series.

Starting alongside Coulter for tonight’s race will be Johnny Sauter.

The two will be followed to the green flag by: Ty Dillon, Cale Gale, Parker Kligerman as the top-five qualifiers for the Kentucky 201.

James Buescher, who won the most-recent race at the track in June, will start the race from the eighth postion.

With 37 trucks attempting to make the starting field for the race, one driver failed to qualify. This week, Tim Andrews was the unfortunate driver not to make the race.