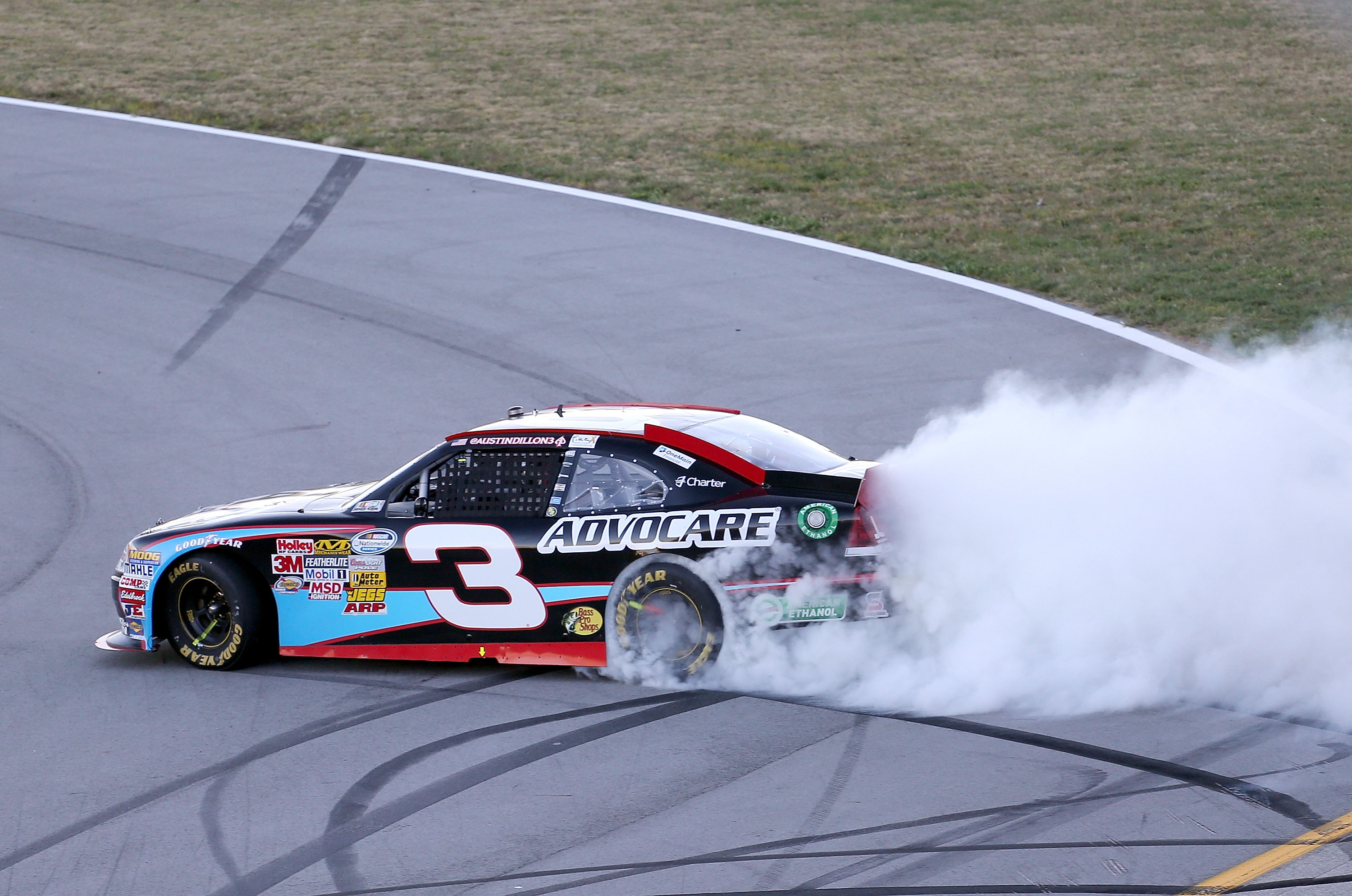 Despite starting from the pole, the only way that Austin Dillon was going to be able to get a season sweep at Kentucky Speedway was if two other cars had problems.

As it turned out, problems emerged for both Ricky Stenhouse Jr. and Elliott Sadler, and that handed the win to Dillon.

“We lost power steering,” said Elliott Sadler to ESPN reporters after the race. “Nobody could touch us, either.”

Sadler looked like he was going to be on a cruising course to victory lane shortly after pit stops during the third caution of the day. However, it turned out that another round of pit stops would seal the fate of the race and give the second win of the career to rookie,  Dillon.

The laps were starting to wind down and there was one pit stop that stood in the way of the leaders and the checkered flag. After running under green for the longest time in the race, the bumpyness of Kentucky speedway had started to take it’s toll on some of the cars.

One of those cars was then-leader Sadler.

About 10 laps before his final scheduled pit stop, Sadler radioed to his crew with a dire message, “my steering is locking up.”

When Sadler pulled down pit road, the crew gave him a regular pit stop, but the steering problem continued. At the same time, the race lead was taken from Sadler and given to Dillon who beat Sadler off pit road by a few car links.

Dillon took the lead on lap 151, the third time that he took the race lead at Kentucky, but this time, unlike the other two times, there would be no faster car.

Sadler’s steering problem slowed him down and the second place driver kept periodically changing hands, and Dillon was able to pull out to over a second lead and drive off to his second win of the season. It is also the second time this season that Dillon was able to get the win at Kentucky Speedway, after he previously won in June, leading all but eight laps.

“It comes down to how bad do you want it?” Dillon said in victory lane about his drive to win.

Despite starting from the pole, Dillon did not have the fastest car when the green flag flew. He lost the lead on lap one to Stenhouse Jr. and would float around the top-five for most of the first quarter of the race.

Stenhouse Jr. was able to take control of the race leading all of the first 36 laps. Then, when the leaders pitted after a competition caution on lap 30, Stenhouse’s day went south when he made contact with the No. 14 of Eric McClure leaving pit road.

From there, Sadler took the race lead, but it looked like Stenhouse might make a charge back to challenge for the win, until Stenhouse got loose and smacked the wall, damaging his cars drivability.

Dillon was still hanging in the top-three at the time and just needed an adjustment to get by Sadler. That adjustment came, not from Dillon, but Sadler when his steering went away.

The win today brought Dillon closer to the championship points battle, he now finds himself in third place, just 19 points out of the lead.

Sadler was able to take as many points as he could and take the points lead by four over last year’s champion Stenhouse.

Next week the NASCAR Nationwide series will be in Dover.