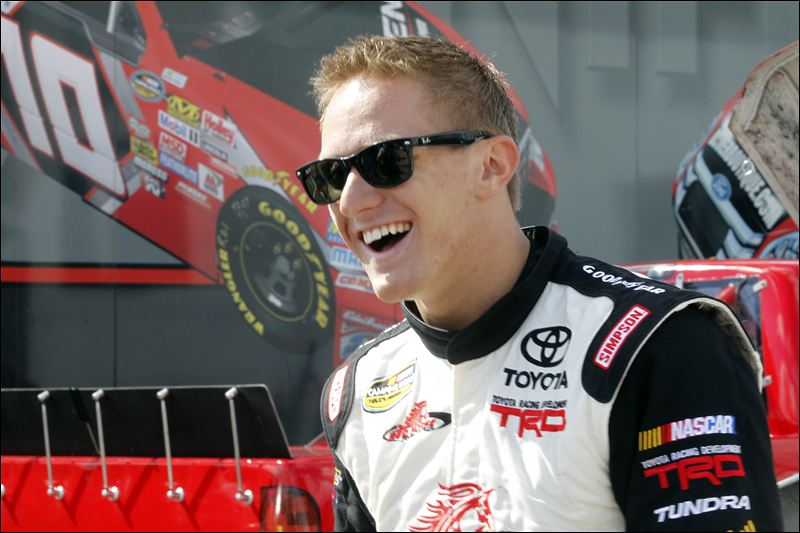 Parker Kligerman is moving up the NASCAR ladder.

Following a 2012 season which say the 22-year-old Kligerman change from Brad Keselowski Racing to Red Horse Racing mid-season, he has found a new home in a new NASCAR Series.

In 2013, Kligerman will drive for Kyle Busch Motorsports in the NASCAR Nationwide Series in the No.77 Toyota Camry.

“I feel that running full-time in the Truck Series the last two seasons and coming close to a championship last season has prepared me to be able to do the same in the Nationwide Series next year,” said Kligerman.

“With the personnel that KBM has in place and what they were able to accomplish in their first year in the Nationwide Series combined with all the support they have from Toyota and TRD,  I see no reason why we can’t compete for wins on a weekly basis and be a top-five team in the final point standings at the end of the season.”

After starting off the 2012 season with BKR, Kligerman moved to the Red Horse Racing organization following the race at Pocono Racway in August where the Connecticut native would go on to score his first career NASCAR win at Talladega Superspeedway while also making a run at the season championship.

“Once Parker got behind the wheel of a Toyota halfway through the season, he proved that he was capable of running up front week in and week out in the Truck Series and comes to us with a lot of confidence,” owner Kyle Busch said.

“Since I started my Truck Series team in 2010, I’ve wanted the focus of our efforts to be on developing young talent and being able to create an identity for KBM without having to be behind the wheel myself.

“With the addition of Parker to our Nationwide Series program and Joey Coulter to our Truck Series program, we now have two of the sport’s most talented young drivers in our building.”

2012 was KMB’s first season competing in the Nationwide Series after finding instant success in the Camping World Truck Series which saw them win the owner’s championship in their first season in 2010.

However, the team didn’t find immediate success at the Nationwide level as they scored only one victory in the entire 33-race campaign which saw Kurt Busch behind the wheel.

In the final 13 races of the season, the KBM team scored 12 top-10 finishes and finished out the season eighth in the owner’s point standings.

Our Nationwide Series program really seemed to hit its stride the last 10 races of the season — won a couple of poles, led a bunch of laps and were in contention for the win almost every week,” said Busch, who was behind the wheel for eight of the final 10 races.

“We feel like we’ll be able to carry that momentum into next year and come out of the gates stronger than we did in our first season.”

Sponsorship and other decals for the No.77 of Kligerman will be released at a later time.

1 thought on “Parker Kligerman to KBM”