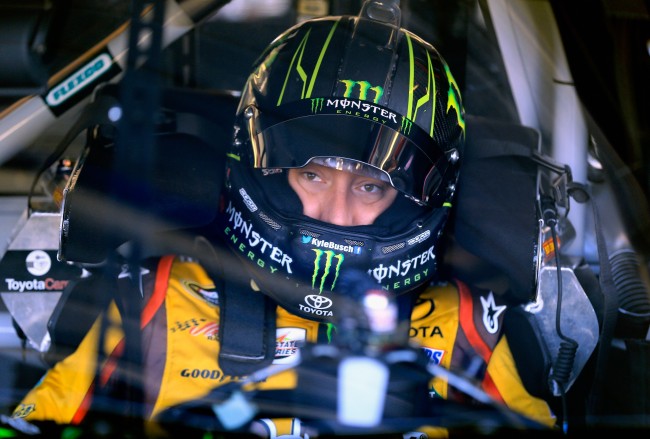 Kyle Busch will start on the pole for Saturday night’s Coke Zero 400 powered by Coca-Cola at Daytona International Speedway.

“I get to start first. That’s where my mindset is at right now,” Busch said after winning his third pole of the 2013 season in Sprint Cup.

Turning a lap averaging around the 2.5-mile super speedway at 193.723 mph, Busch was able to secure his first pole award at a super speedway (Daytona and Talladega).

“This is pretty cool. This is a testament to the bodies and of course the engines, everybody at Joe Gibbs Racing being able to build a great car,” he said.

The front row for Saturday night’s race will be shared by the Joe Gibbs Racing Toyota’s of Busch and two-time Daytona 500 winner, Matt Kenseth.

Clint Bowyer, who drives a Toyota for Michael Waltrip Racing, will start in third.

Toyota’s occupy  four of the first five spots on the starting grid for Saturday night, with Kasey Kahne’s Chevrolet being the loan non-Toyota in the top-five.

Danica Patrick, who won the pole position for the Daytona 500 in February, qualified her Stewart Haas Racing Chevrolet in eleventh position.