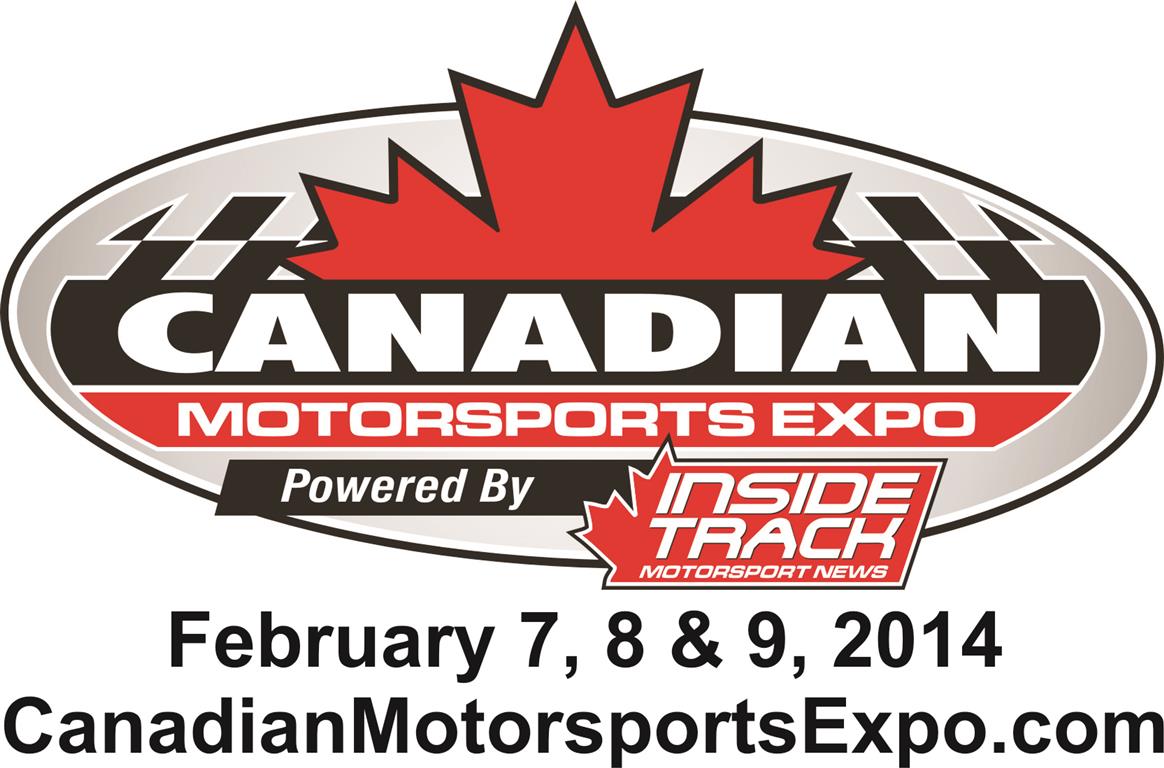 The Canadian Motorsports Expo is coming up in February of 2014. Even with the event four months away, planning has already began and CME officials had a proud announcement to make this week. The full announcement in it’s complete form is available below.

(TORONTO, ON // OCTOBER 21, 2013) On Saturday, February 8, 2014 NASCAR Sprint Cup star Ryan Newman will be the headline star at the Canadian Motorsports Expo Powered by Inside Track Motorsport News. During his appearance, the versatile racer will sign autographs for the fans and participate in an on-stage Q&A session. The CME takes place February 7-9, 2014 at Toronto’s International Centre.

Ryan Newman is one of the most popular and successful racers in NASCAR. Currently a contender in The Chase for the NASCAR Sprint Cup alongside stock car racing’s elite competitors, Newman recently announced his plans to drive for Richard Childress Racing in 2014, piloting the team’s #31 Quicken Loans Chevrolet.

The Indiana native was the NASCAR Winston Cup Rookie of the Year in 2002 and has been a series front-runner ever since. Known as ‘Rocket Man’ for his qualifying prowess, some of Newman’s career highlights include winning the Daytona 500 (in 2008), the Winston All-Star race (in 2003) and the Brickyard 400 (2013). Newman, 35, has 17 career Cup victories to his credit and has earned 51 poles in just over 430 starts.

Prior to his NASCAR career, Newman was a successful USAC Midget racer, earning the Silver Crown Series championship in 1999. As a competitor on NASCAR’s premier tour, he’s driven for Roger Penske and Tony Stewart, two of the sport’s most successful personalities. Off the track, the husband and father of two daughters is an active car enthusiast who enjoys racing simulation games and actively supports environmental conservation and family pet awareness issues.

One week after his appearance at the Canadian Motorsports Expo, Newman will be at Daytona International Speedway in his first outing with Richard Childress Racing. His goal, in the Daytona 500, will be to kick off his season on a winning note with the legendary racing team, with the ultimate aim of capturing his first career NASCAR Sprint Cup title.

Prior to signing autographs for the fans, at the CME, Newman will be on stage to discuss his career and the upcoming NASCAR season. He’ll also participate in a private VIP Meet & Greet session.

“This is a very exciting time for me as a racer,” said Newman. “I’m currently in the Chase for the NASCAR Sprint Cup, driving for Stewart-Haas, but I’m also honoured to be joining Richard Childress Racing in 2014. By the time I head to Toronto for the Canadian Motorsports Expo (on Saturday, February 8), I’ll have tested with RCR and I’ll be just a few days away from opening a new chapter in my career. I’m looking forward to meeting a bunch of Canadian racing fans, signing a lot of autographs, and chatting about the 2014 racing season including trying to win my second Daytona 500 and earn another championship for Richard Childress Racing.”

Discussing Ryan Newman’s appearance at the Canadian Motorsports Expo, show co-promoter Greg MacPherson said, “Having Ryan Newman as our headline star on Saturday, February 8 (2014) continues the Canadian Motorsports Expo’s tradition of bringing the biggest stars in racing to the show as part of our annual celebration of Canadian motorsports. Ryan Newman has won the Daytona 500 and some of the biggest events in NASCAR. He’s driven for Roger Penske, Tony Stewart and now he’s heading to RCR, where Richard Childress and Dale Earnhardt became NASCAR legends. Ryan is going to be one of the biggest stories of Speedweeks and we’re excited to welcome him to the CME before he heads to Daytona.”

Other details surrounding Ryan Newman’s appearance at the CME will be announced shortly, including the appearance schedule and opportunities to participate in a special ‘VIP Meet & Greet’ session and ‘Up front Q&A Seating featuring first in line’ autograph access. For updates on this and other CME news, visit the website atwww.CanadianMotorsportsExpo.com.

ABOUT THE CME: The 8th Annual Canadian Motorsports Expo Powered by Inside Track Motorsport News takes place February 7, 8 & 9, 2014 at Toronto’s International Centre, adjacent to Pearson International Airport. The show features motorsports content geared to racers, fans and automotive enthusiasts. For information about the show, including news, exhibitor and sponsorship opportunities, call (416) 962-7223, or email info@CanadianMotorsportsExpo.com. The CME’s website is located at www.CanadianMotorsportsExpo.com.