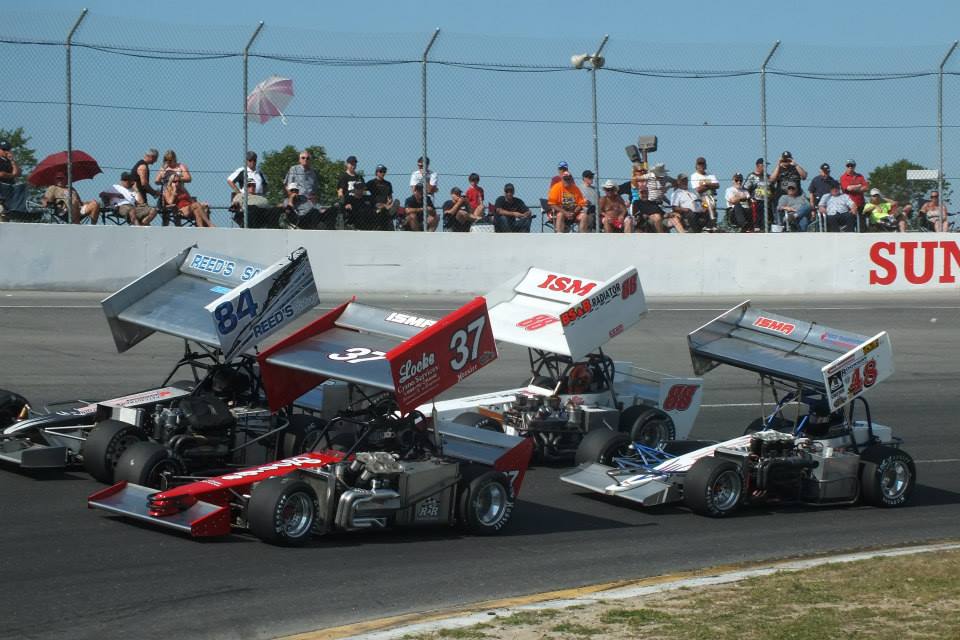 After a successful event this past season, the ISMA Super Modifieds will be returning to Sunset Speedway in 2014.

ISMA officials released their 2014 full schedule earlier this month, announcing their dates for the upcoming year. The Canadian swing on the schedule will stay and marks the same deal as last year. The Super Modifieds will be at Delaware Speedway on Friday August 15th, followed by a date at Sunset Speedway on Saturday August 16th.

The ISMA Super Modifieds are the fastest cars that hit the pavement last year at Sunset Speedway and basically are an overgrown modified. They weigh approximately 1850 pounds with big-block methanol fuel-injected Chevrolets that pump out over 800 horsepower. They can do speeds over 140 mph at tracks that less than a mile – let that sink in. The secret? 20” Hoosier right-rear tires with loads of downforce courtesy of the air-strut adjustable wing on top.

So what does that equal? Pure speed and loud horsepower. Lou Cicconi set the quickest time of the day for the ISMA Super Modifieds at lap of 12.099 seconds on the 3/8 mile oval.

In this past season’s event, Jeff Locke started on pole and led all 75 laps at Sunset Speedway to take the victory in the feature.

“First of all, great facility; great place,” Locke said afterwards. “I really appreciate Sunset Speedway for having us. I hope we put on a good show for the fans. A good turn-out.”

There were concerns last year from fans when the date was put on the schedule due to last year’s ticket price – $40.00. However, the appeal of these super fast cars paid off as the stands were packed from one end to the other.

Can we expect the same thing this year? Hopefully.

Last year’s race didn’t see much passing simply due to the fact that these cars are also wide. It also marked their first time on the oval so given time to improve set-ups, there are chances of a better race in 2014.

The rest of the 2014 Sunset Speedway schedule will be released in the spring.

Photos from last year’s event can be viewed by clicking here.